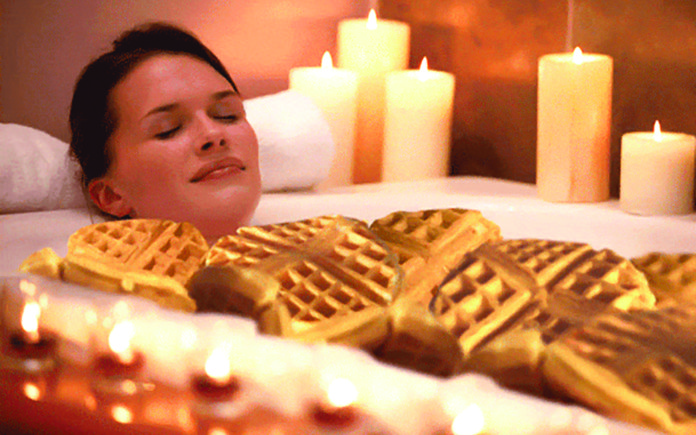 As you may or may not know, Memorial Day began following the Civil War as a way to commemorate the sacrifices made by both Union and Confederate soldiers. Over time, this remembrance grew to include those who died in service to our country.

Over the years, many Americans have forgotten this reason for the national holiday and see this three-day weekend as a celebration of the beginning of summer.

While our next major holiday is the Fourth of July, the month of June is jam-packed with many fun things to celebrate.

Depending on your personal interests, June is the month of the Aquarium, Candy, Dairy, Gay Pride, Gardening and Roses. It is also National Adopt a Cat Month, National Accordion Awareness Month and Turkey Lovers Month. Hopefully, the Turkey Lovers eat the bird rather than engaging in inter-special unions as that type of activity is illegal every month unless you are visiting a Donkey Show in Tijuana, the countries of Finland, Denmark, Hungary or large parts of Brazil. While it should probably not be noted, penile cancer has a higher occurrence rate in Brazil than most countries due to the prevalence of bestiality amongst men.

Much more wholesome, but not very figure friendly, Friday June 2nd is National Doughnut Day. This carb-heavy holiday has been going on since 1917 and is meant to honor the women of the Salvation Army.

Saturday, June 3rd is National Trails Day. It appears that this day of recognition began in the 1980s. As a side note, much of the trail mix that you buy around the country was packaged right here in the Coachella Valley.

Sunday the 4th is both Old Maid’s Day and Hug a Cat Day. I assume many old maids will be hugging their prides of furry friends. Old Maid’s Day started in 1946 as socials were held to help women meet returning GIs and start families.

On Monday, June 5th, the United Nations celebrates the 45th World Environment Day. For lots of interesting information on this, go to un.org/en/events/environmentday.

Since 1916, Wednesday, June 14th is Flag Day. On this day in 1777, the Second Continental Congress adopted the flag that we have today. We are to commemorate this day by flying a flag, saying the Pledge of Allegiance and singing the National Anthem. I think eating hot dogs and apple pie while driving a Chevy are part of the festivities as well.

Father’s Day is celebrated in the United States on Sunday, June 18th. Most attribute the holiday’s origin to the Catholic Church which had a March 19th celebration dating back to the 14th century. Others believe that Coptic Church started things on July 20 during the 5th century. The Coptics are Orthodox Christians living in Egypt, Northern Africa and the Middle East.

On the Friday after Father’s Day is Take Your Dog to Work Day. Celebrated since 1999, people are encouraged to take their dogs to work as a way to encourage others to adopt a dog. I think cat lovers have it right – try and find homes for orphan cats all month and keep them at home.

A newer celebration is Selfie Day. Dating back a whole ten years, it will be celebrated on June 21st.

As we celebrated doughnuts on the second day of the month, we get to celebrate Waffles on the second to last day of the month. Waffles have been keeping us deliciously fed since Greece in the 1300s. Back then there was no Mrs. Butterworth…or many maple trees so waffle eaters used cheese and herbs to add flavor to their waffles.

Haddon Libby is an Investment Advisor and Managing Partner at Winslow Drake Investment Management and can be reached at 760.449.6349 or via WinslowDrake.com.