Chelsea Sugarbritches is the Frontwoman for the Cover band Long Duk Dong and one of the Frontwomen for the band 5th Town, along with Linda Lemke Heinz. She also performs as a duo with Perishment’s Bobby Taffolla. Both of her bands were nominated for a bunch of CV Music Awards this year and Chelsea was awarded Best Female Vocalist. She previously won Best Frontwoman in 2016 and Long Duk Dong won Best Cover Band 2013-2017. She took some time to catch us up on what’s going on in Sugarbritches land.

CVW: Tell us how you felt about winning the Best Female Vocalist Award? What were you thinking when they called your name? 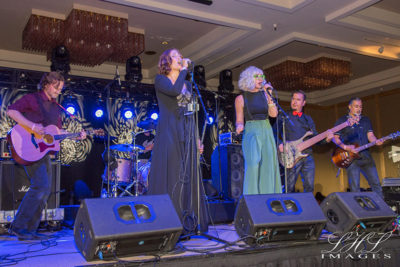 Chelsea: “Listen…I honestly never expect to win an award. I have so much respect for all the other nominees and I truly believe they all deserve that award. I was absolutely shocked when my name was called, and I’m an asshole for not thanking my husband for being my biggest support and always putting up with all my crazy antics. Shout out to Johnny Sugarbritches! Love you babe!”

CVW: You perform in 2 bands: 5th Town and Long Duk Dong and also as a duo with Bobby Taffolla. Tell us how each of those are different from the other and what it means to you to work with these musicians.

Chelsea: “All 3 are sooo different! I love it! Long Duk Dong is a party band but its hard work doing what we do. Our keyboardists Jeff and Chris have put in endless hours doing cool nerdy stuff to make sure we have that authentic 80s synth sound. All of those guys are my brothers…we’ll fight and be mad but we always love each other. Nicco and I have this crazy good chemistry on stage…we share a brain a lot.

5th Town is like a baby I birthed with 5 other people hahahahahaha! Everything we do comes about so organically and we just get each other and we respect each other… they are definitely my family. 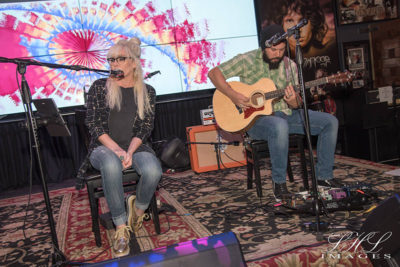 With Bobby I don’t even remember how it all came about but I’m so thankful it did! Our duo is different somehow… I can’t wait to see where it goes. We’ll be working on a ton of originals this summer so…stay tuned.”

CVW: When will 5th Town be releasing their first CD? How many songs are on it?

Chelsea: “Sooooooon! Maybe… hopefully we’ll do a CD release/bday show in September… that would be super groovy. It’s gonna be a full LP with 12 songs I think!”

CVW: Do you feel that it’s harder being a female performer/artist here in the valley than it is for a man?

Chelsea: “Well we’re outnumbered for sure! What I’ve noticed in my experiences is that people just automatically gravitate towards males to talk about business and pay etc. I’ve definitely had moments where I felt like I was getting a ‘pat on the head’. Females HAVE to support females! It gets difficult because we have to work harder to secure our ‘spot’ so we tend to get competitive and keep other female artists at arm’s length. It is changing though! There are some serious badass boss ladies down here kickin’ ass and takin’ names like Esjay Jones, Courtney Chambers, Cakes, Giselle Woo!” 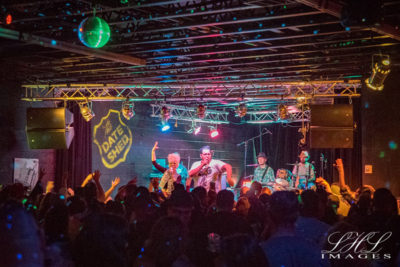 Chelsea: “Long Duk Dong at The Date Shed in January was insane! 400 plus people that night…the vibe was killer.”

Chelsea: “It’s all over the place… sometimes I just come up with a phrase and try and make a song out of it and sometimes Martin comes up with the music and I write lyrics …sometimes Linda and I come up with a concept and go from there.”

Chelsea: “For sure most proud of 5th Town’s newest song “Madness,” because it was the first song that I wrote the music and lyrics. It took me like 6 months to show it to the band because I was so afraid they’d think it sucked.”

Chelsea: “With LDD- ‘Aint no Fun’ and ‘Barracuda.’ With 5th Town- ‘Road to No Where’ and with Bobby- we just started covering ‘Mother Mother’ by Tracy Bonham. That’s pretty fun.”

Chelsea: “The ones that have good sound.”

Chelsea: “I think you’re successful if you make music you’re proud of and other people dig it.”

Chelsea: “I have respect for anyone who works hard and stays humble. Big egos are not cute guys.”

Chelsea: “I would really like to see Pearl Jam play Coachella…. Justin Timberlake…and maybe Khalid for the hip hop headliner.”

Chelsea: “My picks are deceased…does that count? The Doors. Janis Joplin. Jimi Hendrix!”

All Photos By Laura Hunt Little