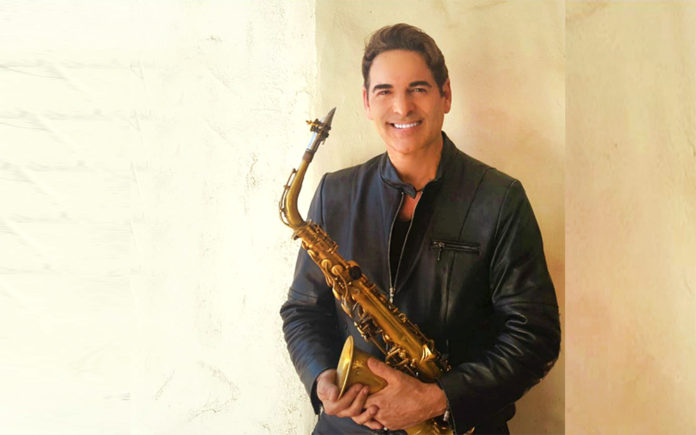 We had a great conversation about all the things happening in his career. His most recent single “Gravitas,” produced by Paul Brown is still on the charts at #8. It hit the top ten in all the smooth jazz charts. He said he always learns so much interacting with Paul, who is a hit maker and smooth Jazz guitarist, artist and winning producer.

He’s excited about his next single written as a tribute to his beautiful wife Diana!  He hopes to release it this fall.

He now has his own home studio, but praised the talents of Don Haber of Jem Studios in Palm Desert where he records his music. He really loves being able to record in such a great studio close to home.

Will co-hosts a national radio show twice a month with Jack Cohen of Smooth Jazz Live on LA Talk Radio, where they record and broadcast “Inside the Music”. They interview the best artists in the smooth Jazz industry. Will enthused that Jack sends him lots of great new music and artists to listen to before getting ready for the show. He admitted it’s a time for him to simply listen and enjoy as opposed to work and production purposes. He relishes getting to interview the hit makers and creative performers in the industry. I’m thrilled for him to achieve this dream. I know he’s wanted to host a show for years.

He begins touring this summer with stops in Phoenix, followed by Texas, at Jazz at Wonderland of Americas in Balcones Heights on July 6, then off to colorful Colorado for the Keystone Wine and Jazz Festival on July 14 and 15.

He just started performing the music and jazz brunch in Newport on Sunday mornings at Bayside Restaurant at 11:30. This is something he is passionate about and enjoys doing a wide variety of musical styles including songs by Stevie Wonder, Simply Red, Eric Clapton, Chris Isaac, and Elton John. Will brings in new music each week with a goal of adding 8 to 10 new songs a week!  He joked, “If I didn’t have this event, I’d be at home practicing.” That is just one of the reasons he’s so successful.

Will has 2 music careers running parallel at the same time. The first is his national smooth jazz career and the other is his long standing R&B and dance music band called The Art of Sax. They are one of the most popular dance bands in the desert but it doesn’t stop there. They play all over Southern California. This year will be the 30 anniversary of Art of Sax, which includes his good friend and bass player Eddie Reddick and his son Shon Reddick aka Demo, who is their vocalist. Their fans know that they can always count on Will and the guys to bring a dance party. They play for 3 hours straight and sometimes 4, depending on the venue.

Who does that? The Art of Sax is the only one I know of. They currently play at Arnold Palmer’s on Friday and Saturday night.  They know how to get the crowd up and going, doing line dances and more. Will works the room serenading the ladies with his saxophone. It’s always a great time.

Will is not only a great musician he is also a great promotor and brings exceptional graphics and posters to promote his gigs, making him one of the few that go that extra step. 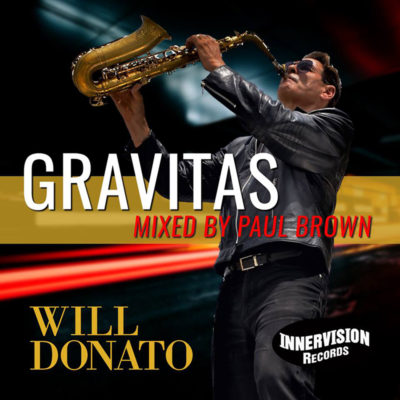 One of the things I love most about Will is his ability to remember names and call them out from the stage when you walk in. He told me that the reason he does that is because his mom had Alzheimer’s and he does it as a tribute to her. He also does everything he can to help out other musicians and mentored Chase Huna, a young saxophonist, who has risen in the ranks with the help of his friend.

He thrives on doing whatever it takes to take his career to the top and admitted, “Hard work is fun to me because I love what I do.” We are so delighted to have such a talented and committed star out here in the desert.

Check out Will’s website at http://www.willdonato.com/ to check his schedule or sign up for his emails. Don’t miss an opportunity to see one of the best groups that the desert has to offer.