“Vapors and dust coalesce, compress to make stars that light the black of night, and we just see what’s ours, what we inherited/What this crazy is coming to, and just like this the air is rare…Our dust and vapors coalesce and compress, stars are made in this exceptional stress, I must confess the air is rare around you…”

That’s Cindy Lee Berryhill folding pure poetry into the song “Thanks Again,” on her new album The Adventurist. If you have never heard of her, you are kinda-sorta forgiven. Despite a devoted fan-base and the benediction of Rock critics and the cognoscenti, she has been flying under the radar for 30 years now.

Born in 1965, Cindy Lee was raised in Silver Lake, a Los Angeles neighborhood built around the city reservoir that gives the district its name. A middle class melting pot, it’s bordered by Echo Park and East Hollywood. (It didn’t earn its arty reputation until the end of the 20th century). Growing up, she listened to the Beach Boys and a local radio station that specialized in Big Band music from the ‘40s.

She received a guitar at age nine, and quickly began writing songs. (The very first one involved dinosaurs.) A couple of years later she performed on stage in a talent contest. By the time she hit her teens she was equally inspired by Folk singer-songwriters like Bob Dylan and Woody Guthrie, as well as Punk progenitors like the Velvet Underground, Patti Smith and the Buzzcocks. A few years later a tax refund windfall allowed her to purchase a Greyhound bus pass that offered unlimited transportation for one month. Exploring the country she wound up in New York City where she fell in with like-minded musicians.

Her friends characterized their sound as “New Folk,” but Cindy Lee took it one step further, coining the term “Anti-Folk.” the label stuck and she began making a name for herself in the scene. Splitting her time between New York and California, she signed with Rhino Records and released her debut, Who’s Gonna Save The World, in 1987.

By turns, playful and sardonic, the album was a sly fusion of Punk and Folk. She never made as big a splash as Suzanne Vega, Tracy Chapman or Sinead O’Connor, but she continued to record intriguing albums. Naked Movie Star, (which was produced by by Punk provocateur Lenny Kaye), arrived in 1989 and Garage Orchestra, (which felt like a collaboration between Beach Boy Brian Wilson and Avant Garde composer Harry Partch) in 1994.

On a personal level, she became involved with music journalist Paul Williams, the pair began dating in 1992 and eventually married. A seminal force in music, he launched Crawdaddy, the first magazine devoted strictly to Rock N’ Roll, back in 1966. (Beating Rolling Stone to the punch by one year).  Turning Rock criticism into a legitimate art form, he went on to write for numerous publications,  authored more than 25 books and was considered a leading expert on the music of Bob Dylan, Brian Wilson and Neil Young.

In 1995, Paul was involved in a bicycle collision that resulted in a traumatic brain injury. It triggered the early onset of dementia and the steady decline of his health. For the next several years, Cindy Lee’s music took a backseat to family. Their son, Alexander was born in 2001.

Cindy Lee made music sporadically, releasing Straight Outta Marysville in 1996 and a live effort, Living Room 16, in 1999. That same year her first novel, “Memoirs Of A Female Messiah” was published.  In 2007 she wrote and recorded “Beloved Stranger,” a song cycle inspired by her husband’s brain injuries, noting those same injuries coincidently affected soldiers who had returned from the Iraq War.  Sadly, Paul Williams died in 2013. 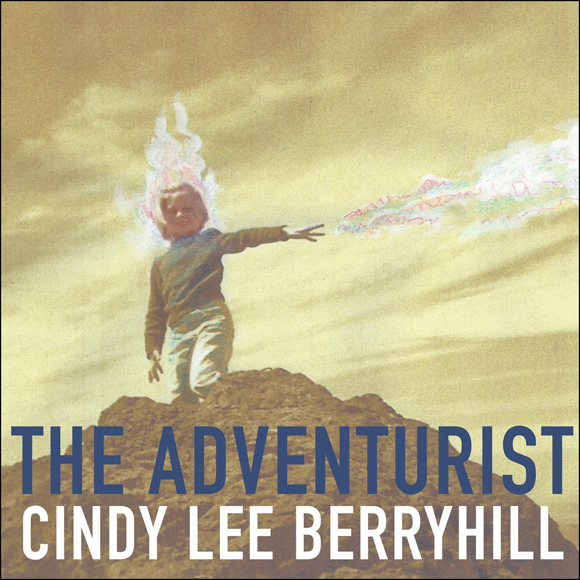 Now she has returned with her first album in nearly 10 years, aptly entitled The Adventurist. It opens with “American Cinematography.” Initially tentative and intimate, just buzzy guitar and a tick-tock rhythm, the song expands into a sweeping overture, adding sawing cello and fractious piano. Cindy Lee promises wide open vistas; “In a small frame I’ll paint a big story with American cinematography/Your face holds a secret territory, my love is revealed in your geography.” On the instrumental break the piano adopts a splintery dissonance that recalls David Bowie’s “Aladdin Sane.”

Several songs deal with Paul’s death and navigating the rocky shoals of widowhood. Percolating percussion and trickling guitar chords crest over cellos, violin and vibes on the insistent “Somebody’s Angel.” The lyrics tackle the jumble of grief, loss, exhaustion and guilt that can grip us when a loved one passes on. “I’m still young enough to want someone to hold me through the night, and no amount of wishing can bring you back or make things right/Despite the evil things I might’ve done, or any hurt I might’ve done, or any living ahead I got while you’re time’s done/I’m here for you forever or as long as I am able, I gotta be somebody’s angel.”

The aforementioned “Thanks Again” opens with shuddery guitar and a spoken word benediction before downshifting into a sort-of Girl Group torch song. Lowing cello connects with bass harmonica, vibraphone, marimba and tinkling glockenspiel. A prickly encomium to Paul, it toggles between sentiment and sarcasm; “Thanks again for doing me in, great big mess you get away with a grin, now it’s time to begin at the end.”

Looking forward, slightly, “Contemplating The Infinite (In A Kiss)” mixes Countrified guitar, dangling bass lines and brushed percussion buttress a breezy melody and sing-songy vocals. From a third person perspective she dissects the nuance attached to a buss on the lips. Although she tries to convince herself it’s only “a puff of air,” it still seems to signify more; “It sounded like fun, like someone lucky was finally going to get some/And didn’t life owe her one, she’d sell her soul for a song if it meant freedom.”

Finally, “An Affair Of The Heart” finds Cindy Lee at her most (anti-) Folky. Plucked acoustic guitar notes are buttressed by cascading strings, the feel is rustic and pastoral. It feels as though she is addressing Paul directly; “Some things I never told you, some things between us still left unsaid/If I could still hold you, I’d tell you the feelings that rattle my head. The lyrics split the difference between spectral confession and restless farewell as she contemplates the complications of love; “…You can’t fight the feeling, like a mountain on fire/Starts with a spark not a matter of reason, an affair of the heart.”

The best tracks here manage to transcend musical boundaries. Apropos of the title, “Horsepower” is tethered to a clip-clop gait accented by swoopy strings and tart marimba runs. Stream-of-conscious lyrics like “Motorcycle master-bedroom hold me tight girl on the turn/Is it the torque or is it the engine that makes the oil burn,” hint at an illicit teenage romance.

The melody of the title track is Tropicalia-meets-Balalaika. Tongue firmly in cheek, non-sequitur lyrics sketch out scenes of intrigue and espionage; “Meanwhile back at the ranch our protagonist is taking out cash for a journey far from her home/While the Adventurist is huntin’ big game with an AK47 cell-phone and a Jeep Cherokee playin’ lounge love songs /Piped into the ear of a backseat: ‘Take her down Sam, I can see one now” and the car-plane lands as he takes aim on the golden, bare Savannah plains.”

The melody and instrumentation on “Deep Sea Fishing” time-travel back to the Swinging ‘60s, blending a lush arrangement that echoes Burt Bacharach and Henry Mancini.  Powered by gauzy keys, breezy guitars and fluttery Wurlitzer notes, it conjures up images of Gidget in Go-Go boots. Yet, one cogent couplet illustrates her ambivalence about matrimony; “Some are made for marriage and some are made for having fun/ Some horses pull the carriage and mine was made to run.”

Other interesting tracks include the stutter-step twang of “The Heavy,” the Golden State Cha-Cha-Cha of “Gravity Falls” and the woozy “I Like Cats/You Like Dogs.” Dotting the record are moody instrumentals like “Information From Nowhere” and “Jumping To Conclusions” The Adventurist closes with the slightly soporific “Deep Sea Dishing.”

The Adventurist is by turns, clever, heartbreaking, quirky and yes, adventurous, exactly what we’ve come to expect from her. Cindy Lee Berryhill has always made music on her own terms and at her own pace. For a while, life and (sadly) death took precedence. But it’s great to have her back.