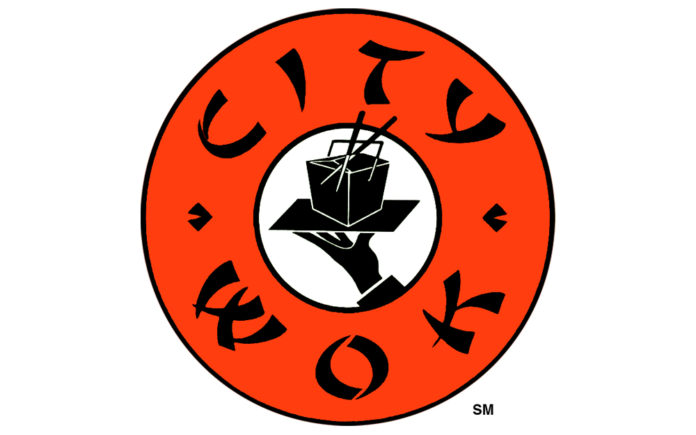 With Chinese food being a fave for many foodies, the Coachella Valley is fortune cookie fortunate to have fresh and fantastically tasty edibles at City Wok in Palm Desert. They’re still wok’n it after all of these years.

City Wok has been around for over two decades, providing excellent Chinese food, with the freshest of ingredients. You could say that it’s a modern take on a traditional Chinese joint. And although there are no overt Chinese decorations, it feels like they’re around anyway, it’s strange, or maybe it’s just me. The restaurants open style kitchen allows guests to watch the chefs prepare delish dishes, whipping woks into a fiery stir fry frenzy. Sitting at the counter is quite the show at City Wok.

I recall living down the street from City Wok. If I wasn’t eating there at the counter, I was ordering take out, which is a substantial part of their business. The menu items stay true to Chinese food standards. Top dishes include Pot Stickers, Crispy Chicken Won Tons, Hot & Sour Soup, Honey BBQ Pork, Kung Pao Shrimp or Chicken. Mongolian Beef, Moo Goo Gai Pan, and City Wok Chicken (Orange Chicken), just to scratch the chop sticks. 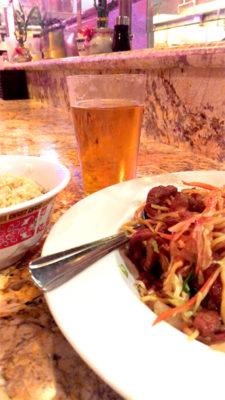 All the food is made to order, and without MSG. Being a kind of creature of habit, I tend to stick with what I like best at restaurants that I frequent. I call it playing it succulent, instead of playing it safe.  But not before I try a bunch of items to make that decision. My menu adventures have honed in on certain delectable fare at City Wok. Favorites include starting off with the BBQ Pork. This is not their spare ribs, but boneless pork in sweet and sticky BBQ sauce. The pork is tender, with the sauce borrowing from both sweet and savory flavoring. It’s a must for me when I go…and I would be happy just having it only…a double portion, all to myself.

Another one that I could just have alone…and I do mean alone, is the Filet of Sole in Black Bean Sauce. Oh my, talk about melt in your mouth! When I first had this dish, I wasn’t quite sure about it. I wanted to have some seafood so that I could feel that I was eating healthy. To insure my healthiness, I had them hold the side of rice that comes with it, you know, to limit my carb intake. The bowl of Filet of Sole was placed in front of me all vulnerable, without its rice counterpart. I’m not sure how many bites I took before I realized that I almost devoured it all, but the Filet of Sole had touched my soul…the part attached to my yum factor that is. It was so good, I seriously want some right now. That’s what the food at City Wok does, keeps you wanting more.

City Wok is moderately priced, and has indoor and outdoor seating. They offer beer and wine for those wanting to imbibe, and convenient online ordering.

Some restaurants in the Coachella Valley may come and go. But it’s comforting for our belly’s to have long standing ones like City Wok, still wok’n it after all of this time!

For more information and to order online visit www.citywok.com