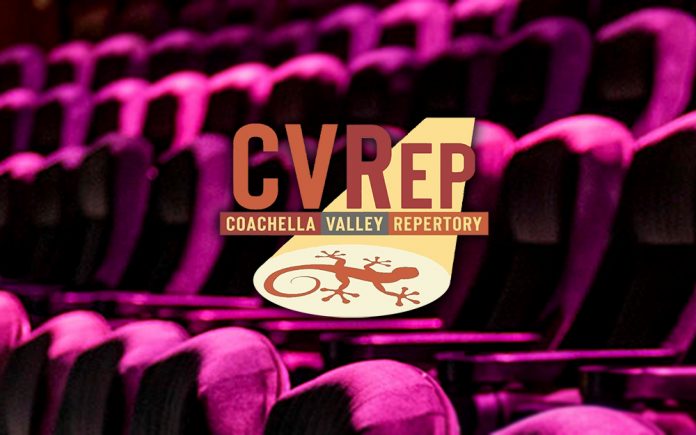 After more than 15 months of a darkened stage as a result of the coronavirus pandemic, Coachella Valley Repertory is welcoming back live audiences. “Welcoming patrons back to the Playhouse is an incredible feeling. Live arts are so important to the community, and the entire board, staff and volunteers are so excited to return,” said Ron Celona, Artistic Director.

CVRep will kick off its return to live entertainment with a Summer Classical Music series. A concert in partnership with the Virginia Waring International Piano Competition, featuring Victor Shlyakhtenko is scheduled for June 24, 2021 at 7:00 pm. Tickets are on sale now at cvrep.org. Shlyakhtenko is a 19-year-old piano prodigy, who will perform a one hour concert before CVRep’s first live audience since March 2020.

CVRep has lined up an outstanding July show in partnership with the Palm Spring Opera Guild. Multi-award-winning performer Jacquelynne Fontaine will perform on Saturday, July 25, 2021 at 2:00 pm. Tickets will go on sale on June 24, 2021. Visit cvrep.org.

In August, The Latso will take the stage, featuring the music of Joe Giarrusso. Join us for this exceptional fundraiser performance on August 22, 2021 at 2:00 pm. Tickets include the performance and post-performance reception. Tickets will go on sale in July at $75 per seat.

In determining the 2021-22 Season, president-elect Mike Monachino said “It took a lot of work, a lot of planning and a lot of investigation into what we thought would transpire with the COVID-19 pandemic. I’m happy to say that our plans are materializing, and we are now able to announce our full season of plays.” Starting in November, patrons will be able to see three plays and a musical.

Celona announced the season of “Hopes, Dreams & Expectations.” Following are the shows, dates and overview of each production.

Maude, a fifty-something unemployed bartender living in a trailer park, has bought a painting for a few bucks from a thrift store. Despite almost trashing it, she’s now convinced it’s a lost masterpiece by Jackson Pollock worth millions. But when world-class art expert Lionel Percy flies over from New York and arrives at her trailer home in Bakersfield to authenticate the painting, he has no idea what he is about to discover. Inspired by true events, this hilarious and thought-provoking new comedy – drama asks vital questions about what makes art and people truly authentic.

Henry and Sonia are having a difficult evening with Arnaud, their wakeful six-year-old son; but Henry has other worries. About to publish the results of two years’ research on the flatness of galaxy halos, he’s desperate to make a good impression on the distinguished astrophysicist Hubert Finidori, who wields a decisive influence over the question of Henry’s longed-for promotion. So when Hubert arrives with his rebellious wife, Inez, in tow for dinner on the wrong night, the fact that there is no food in the apartment (merely an ample supply of Sancerre) is only one of the potentially disastrous elements in play. Add to this Hubert’s often brutal treatment of Inez; his lust for Sonia; Inez’s weak head for alcohol; Henry’s discovery that rival scientists may have beaten him to the punch; Sonia’s equivocal feeling of attraction towards Hubert; and the entirely unpredictable behavior of the invisible Arnaud—and the stage is set for a catastrophic unraveling of normal civilized behavior. But will it be this kind of catastrophe? Or that? Or, perhaps, worse still, will catastrophe be averted altogether?

Closer Than Ever, Music by David Shire, Lyrics by Richard Maltby, Jr.

A look into the private song vault of Richard Maltby, Jr., and David Shire (Big; Starting Here, Starting Now; Baby), the review, Maltby and Shire’s Closer Than Ever, is filled to the brim with the brilliance for which these musical theatre giants are known. Closer Than Ever is a nonstop exploration of everyday struggles in the “modern world.” Topics ranging from unrequited adoration… to aging… to Muzak are tackled with resounding sincerity and precisely placed hilarity. Each song is a unique story told by a new character, taking audiences, not only into the songbook of Mr. Maltby and Mr. Shire, but into the minds of the individuals facing these completely relatable challenges.

Pablo, a high-powered lawyer, and doctoral candidate Tania, his very pregnant wife, are realizing the American dream when they purchase a house next door to community stalwarts Virginia and Frank. But a disagreement over a long-standing fence line soon spirals into an all-out war of taste, class, privilege, and entitlement. The hilarious results guarantee no one comes out smelling like a rose.

While the State of California has loosened pandemic restrictions, CVRep’s top priority will remain the well-being and safety of patrons, employees and volunteers. All CVRep staff and volunteers at performances will be fully vaccinated or will adhere to protocols. Unvaccinated patrons will be asked to remain masked while inside the Playhouse. The Theatre will undergo a thorough sanitization and deep clean prior to each show.