There’s always a lot of anticipation for fall movies, but two titles are getting an unusual amount of buzz from local movie buffs.  Nothing like a great movie on a big screen to celebrate the change of seasons. 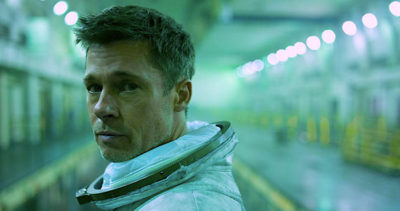 Premiering at the just-ended Venice International Film Festival, director, co-writer and co-producer James Gray’s grand, emotional outer space movie stars Brad Pitt as astronaut Roy McBride who is searching for his astronaut father.  His trip takes him outward (from earth, to the moon, to Mars and on to Neptune) as well as inward.  There’s also secret mission about locating the source strange and destructive power surges that threaten life on earth.  This shapes up like a big adventure movie for the mind and the eye. 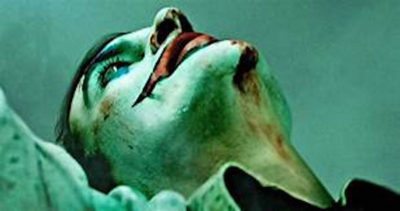 Todd Phillips’ gritty origin tale of Arthur Fleck (Joaquin Phoenix) — the iconic Batman villain – is a welcome standalone story never before told about a man disregarded and discarded by society is not only a potent character study but also a timely and hugely relevant cautionary tale about the repercussions of ignoring the marginalized among us.   This “comic book movie” has no bearing or relationship to any previous big-screen Joker iteration.  And that’s the main attraction.  Originality in Hollywood is a rare treat. 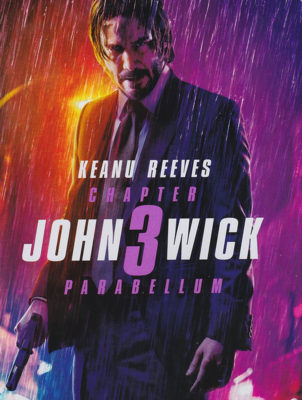 In Chad Stahelski’s third installment of the hi-octane action franchise, super assassin John Wick (a terrific Keanu Reeves) returns with a $14 million price tag on his head and an army of bounty hunting killers hot on his trail.  After killing a member of the shadowy IAS (International Assassin’s Guild known as “The High Table), (yes, they are unionized), Wick is excommunicated, but the world’s most ruthless killers track his every move waiting for the right moment to terminate him and collect the hefty reward.

Admittedly, the world of the story may seem a little absurd, but the resulting action is so beautifully choreographed that it makes it all worthwhile.  Clearly Reeves relishes the fight scenes and delivers every punch, kick, shot and stab with the relish one has come to expect from character. And actor.   4K UHD.  Lionsgate. 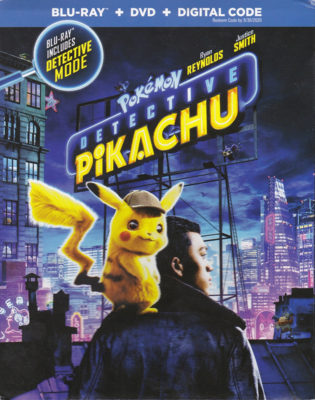 When ace detective Harry Goodman goes mysteriously missing in Rob Letterman’s fever dream of a movie, his adult son Tim tries to figure out what happened.  Helping the investigation is Harry’s former Pokémon partner, Detective Pikachu; the wisecracking semi-adorable sleuth who is a puzzlement even to himself.  Quickly discovering the two are uniquely equipped to communicate with each other, Tim and Pikachu join forces on a crazy adventure to unravel the mystery.  While chasing clues through the neon lit streets of Rhyme City – a sprawling modern city where humans and Pokémon live side-by-side they uncover a shocking conspiracy that could not only bring an end to their peaceful co-existence but also bring down the curtain on the whole Pokémon universe! 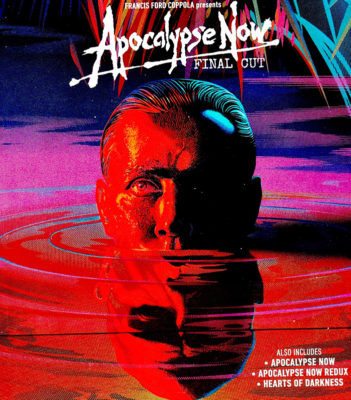 Restored from the negative for the first time In celebration of the 40th anniversary of Francis Ford Coppola’s 1980 masterpiece, this 6-disc edition is the most fully realized version of the iconic film which was nominated for eight Academy Awards®.  Among AFI’s top 100 films, this visually sumptuous film is a surreal, hallucinatory tragedy of epic proportions about the visceral and psychological horrors of the Vietnam War.

Extras include over 6 hours of brand new features as well as the previous theatrical versions and the extraordinary documentary “Hearts of Darkness — A Filmmakers Apocalypse” (all in hi-def  Blu-ray), Eleanor Coppola’s account of how creative obsession can impact an artist’s and his or her family.  The marvel is that despite the utter chaos, the 1879 classic was an acclaimed work of are.

Graphic, gorgeous, brilliant and timeless.  The horror is still very much with us.

This is an essential edition of the title for the digital home library.  4K UHDR.  Lionsgate.

Actor turned director Dexter Fletcher’s epic musical fantasy follows the remarkable but formulaic journey of shy, small-town piano prodigy Reginald Dwight into international super star Elton John.  Set to a handful John’s most well-known songs as performed by star Taron Egerton, this finally disappointing film misses the emotional power and cathartic healing of experiencing the music on the context of the narrative.  It pales beside Flethcer’s “Bohemian Rhapsody” (he took over in the final weeks after original director Bryan Singer was booted from the production).