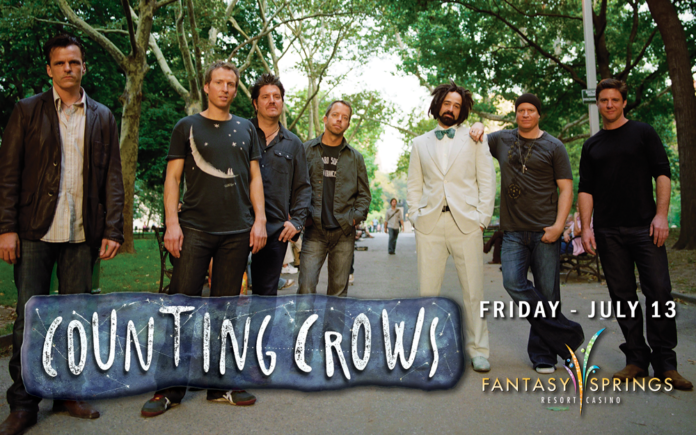 After more than two decades and 20 million albums sold globally, Counting Crows are celebrating 25 years of making music by hitting the road for a worldwide “25 YEARS AND COUNTING” tour, which will bring them to the Special Events Center at Fantasy Springs Resort Casino on Friday, July 13, 2018.

Counting Crows, fronted by lead singer Adam Duritz, burst onto the music scene with their multiplatinum breakout album August and Everything After, featuring the worldwide smash “Mr. Jones” in 1993. Hits like “Round Here,” “A Long December,” “Hanginaround,” and their cover of Joni Mitchell’s “Big Yellow Taxi” soon followed and their success was sealed.

The band released their seventh studio album Somewhere Under Wonderland in September of 2014, which earned critical acclaim as one of the “band’s best,” scored a top 10 debut and was recognized as one of the group’s “stronger works (USA Today).” It also claimed a spot on Rolling Stone’s “Top 50 Songs of 2014” list with the track “Dislocation.” 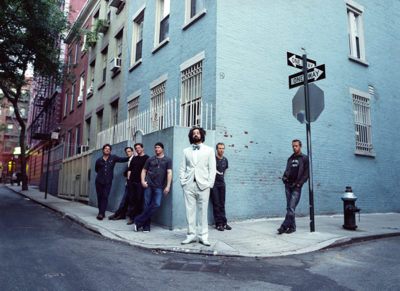 “The nice thing about having 25 years of music to celebrate and seven studio albums we absolutely love to choose from is that we can play a different show every night,” said Crows vocalist Adam Duritz. In addition to celebrating 25 years of music in 2018, Duritz has also launched a new podcast, “Underwater Sunshine!” – a series of conversations between noted non-journalist Duritz and his pal, author and music journalist James Campion, about life, music, and whatever comes into their large brains. The weekly podcast, published every Monday, currently holds a five-star rating and is available on iTunes.

I recently had the pleasure of speaking with Counting Crows drummer, Jim Bogios, by phone right before they were set to perform a hometown show in San Francisco. Bogios has been their drummer for the past 15 years and previously was Sheryl Crow’s drummer for about 8 years. He has also worked with many other musicians including Ben Folds, Dixie Chicks, Stevie Nicks, Amy Grant, and Eagle-Eye Cherry, just to name a few.

CVW: What was it like coming into the band as a replacement drummer after they had already been around for 10 years?

Jim Bogios: “David Immergluck (Counting Crows multi-instrumentalist), also played in my band Papas Culture in the Bay area and we actually opened for Counting Crows at the Fillmore. When the drum position opened up the first time I tried to get an audition, but didn’t. And then I got the drum position with Sheryl Crow and then 8 years later it was available again and this time I got an audition. After I got the gig I asked Adam why I didn’t get to audition originally and he said something that’s so true for Adam, because he’s such a band guy, he said that because he was such a fan of Papas Culture he didn’t want to do anything that would break up the band. And I was thinking ‘man don’t do me any favors,’ because Papas Culture had been dropped by our label.”

CVW: What kind of band leader is Adam?

Bogios: “Adam is definitely the leader, but everyone has a say if it’s a big decision he’ll bring it to all of us and we all get our voices heard, but ultimately the decision is going to be his. But in these situations there has to be a leader, otherwise what are you going to do have a 7 person vote. Adam is the voice and the face of the band so it’s not hard for me to support him.

“Sheryl was really good about making everyone feel part of too and featuring everyone, but again, it was Sheryl’s band. When you’re playing pop music it’s about the singer and you have to serve the vocal… that’s just how it is.”

CVW: Who are some of the other bands you’ve played with that were your favorites? 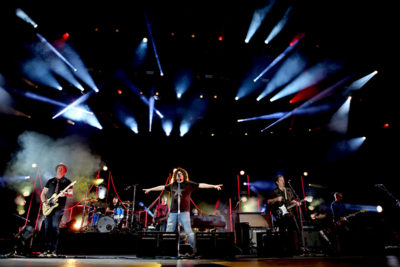 Bogios: “Well, I mean playing for Sheryl changed my life. She picked me out of a lot of famous drummers and I was just a new young drummer from the Bay Area. So I’ll always have a special bond with her. I was with her during the best years of her career, which she would even say herself, a time when she was doing so many cool things. Like I got to hang with The Stones and play with Clapton and have dinner at his house and he’s telling stories about Jimi Hendrix.

“The other person who was important to me was Ben Folds. I was playing with Sheryl at the time and did some stuff with Stevie Nicks and then did the Fly tour with the Dixie Chicks and I was kinda the drummer for all the top females. And I was happy to be that, but you can also lose yourself a little. But when I played with Ben he would push me to be me and the further I would go out musically the more he liked it and he trusted me and it gave me a renewed confidence in myself. By the end of his tour the shows would end up with him on the drums and me up front rapping.

“Then when Sheryl started back up it was always understood that I would go back with her because it was the bigger gig, but the question came up ‘why did you get into music for twice the money or … I mean…I love Sheryl, but the Ben thing was on a whole other level for me, so I went to Ben and asked him what he was going to do… and he was getting off of his label and wasn’t going to tour for a while and he had kids. He told me I should go back with Sheryl. He definitely changed my life, like Sheryl did, but in different ways.”

CVW: Why did you leave Sheryl’s band?

CVW: “Because Counting Crows wanted a band member not a side man. I mean I was her guy and was on all the records, but she had other drummers on there too. And everyone wants to be ‘the guy, the drummer’ and being a band member like I am now is different, because I’m part of everything now. It’s a different feeling. And Sheryl understood that, because she was a backup singer for Michael Jackson and Don Henley. When I first got the gig with Counting Crows, Sheryl had been laying low for a while and Crows were getting ready to do a European tour and I went to Sheryl and said ‘look I don’t know what to do here’ and she said ‘you go do those tours and if things don’t work out you come back here and everything will be the same’. Kudos to her for that, because a lot of artists wouldn’t be that cool.”

CVW: How is this tour different from the others?

Bogios: “Adam is doing a cool thing on this tour since it is the 25 year band anniversary. He’s doing a Storytellers kind of thing where he talks a little bit about the songs and what they’re about. Fans really get the inside story about the songs.”

CVW: Does Adam change the set up every night? And what is your favorite song to perform?

Bogios: “Yes…he and Immergluck do the set list and they do change it up a lot. That’s one of the reasons I wanted to be in this band. I mean you’re never going to top August and Everything After, because I mean that was lightning in a bottle, but there’s so many other good songs and that’s what it’s really about. The catalog is so good and broad. I really like changing it up and we’re able to do that with 25 years of rich work. I really like playing ‘Anna Begins.’”