Country music returns to the desert next week with rock/country band Kevin Costner & Modern West’s “Tales From Yellowstone Tour” on Friday, October 22, 2021 at 8 p.m. and country singer-songwriter Dustin Lynch on Saturday, October 23, 2021 at 8:00 p.m. at The Show at Agua Caliente Resort Casino Spa. Next spring, Country Thunder From Down Under will perform at The Show on Friday, April 29 and Saturday, April 30, 2022. Tickets for the general public are available for purchase now.

Founded by Costner in 2007, Kevin Costner & Modern West released its debut album, Untold Truths, on November 11, 2008, on Universal South Records. The album peaked at No. 61 on the Billboard Top Country Albums and No. 35 on the “Top Heatseekers” chart. The album produced three singles, “Superman 14,” “Long Hot Night,” and “Backyard.” In February 2010 the band released their sophomore album Turn It On only in Europe. To support the album, the band went on tour in Europe, which resulted in Turn It On reaching the album charts in Germany, Austria, Switzerland, and Greece. The first single from the album “Let Me Be the One,” features special guest Sara Beck singing with Costner.

Dustin Lynch broke into the Nashville mainstream in 2012 with his chart-topping eponymous debut, which introduced fans to his slick and catchy bro-country style. Over the coming years, he began to blend his rural tones with more R&B and pop elements and was rewarded with a string of hits in the middle part of the decade. He earned an induction into the Grand Ole Opry before returning in 2020 with his fourth album, Tullahoma. He released his debut single, “Cowboys and Angels,” in 2012 reaching No. 2 on the Billboard country chart. Its accompanying album, Dustin Lynch, topped the Country Albums chart generating the hit “Cranks My Tractor.” In September 2014 Lynch released his second album, Where It’s At producing three more hits including his first No. 1 single, “Where It’s At (Yep, Yep).” Riding a wave of momentum, his next two singles, “Seein’ Red” and “Small Town Boy,” both hit No. 1 on the Country Airplay chart and were included on his third album, Current Mood. After his next single, “Good Girl,” topped the Country Airplay chart, Lynch was inducted into the Grand Ole Opry in September 2018. A three-song EP, Ridin’ Roads, appeared in the early part of 2019. Along with the single “Good Girl,” the title track of Ridin’ Roads found its way onto Tullahoma, the full-length follow-up to Current Mood, which was released in January 2020.

Australia’s hottest export, Thunder From Down Under shows off chiseled bodies, dance routines, and irresistible boy-next-door charm in a fully interactive experience that may even see some lucky female audience members getting the chance to join in the fun on stage. The internationally acclaimed Australian male revue show calls the nonstop, 90-minute, sensual journey “World Fantasy” and its charismatic troupe helps make fantasy become reality with the blink of an eye. Critics, celebrities, and fans from around the world have raved that Thunder From Down Under is the best male revue show on the Las Vegas strip, and the show’s performers have been named “Best Dancers” by the Las Vegas Review-Journal. More than 6 million audience members have seen the striking faces and physiques of the performers worldwide, as Thunder from Down Under has toured more than 15 countries, including Russia, England, Canada, South Africa, Europe, New Zealand, Australia, Taiwan, Mexico, and Ireland, among others. 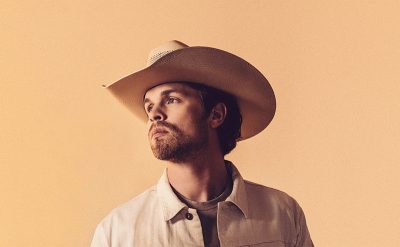 Thunder From Down Under “Country Style”:

Additional shows and events coming to The Show at Agua Caliente Rancho Mirage:

See more artists and show dates below, and a full calendar of events at The Show can be found at aguacalientecasinos.com.