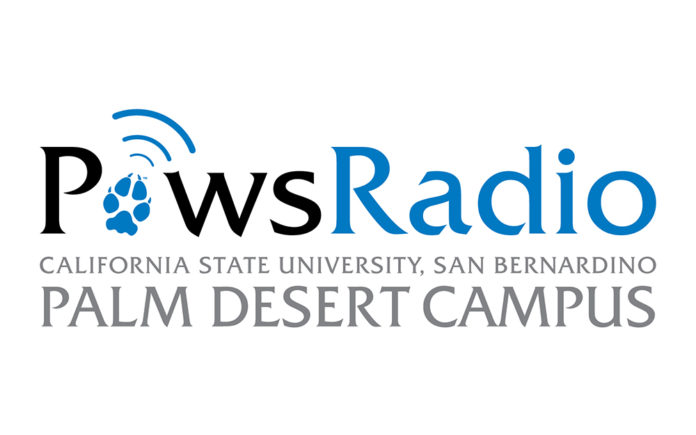 Students at the Palm Desert Campus lead the programming each weekday from 8 a.m.-2 p.m., playing alternative rock and popular hits. The station then offers a pure jazz format beginning at 2 p.m. and running all afternoon, all night and all weekend long – the only station in the Coachella Valley to do so. Local artists will be featured as well, and the station will broadcast live from many campus and local music events. A broadcast news team is being formed to focus on daily newscasts and interviews, starting in September.

Programming at all hours is saturated with news and information about cultural, intellectual and academic offerings at the Palm Desert Campus, in the city of Palm Desert and the entire Coachella Valley region.

PAWS Radio was the idea of Dean Sharon Brown-Welty and a group of eager students wanting to learn more about media. The dean agreed, and under station engineer, Cary Tyler, early installation of studios began in September 2017.

In January, broadcast veteran and media consultant, Lacey Kendall, was brought on board to help with programming and student involvement. The station began streaming to the campus in late May, providing great music, local and world news, weather and important information.

The station recently received attention from outside the desert. “Earlier this month, we established a partnership with NPR affiliate, KVCR Radio, in the Inland Empire,” Kendall said. “As part of that partnership, their news team will be working with our students in the fall, and our students will be producing news elements, reporting on important issues occurring in the Coachella Valley and on the Palm Desert Campus, for the NPR affiliate.” 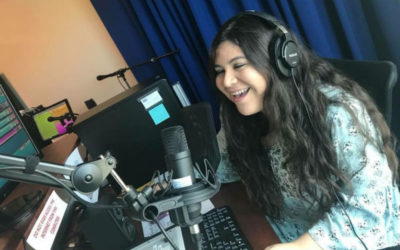 According to Brown-Welty, “This new facility will allow our students from all disciplines to have the opportunity to participate in a hands-on experience in broadcasting, streaming technology, public affairs program production, digital audio production, broadcast journalism, strategic social media production, public relations, media programming, digital marketing and media promotion, while presenting the greatest radio programming in the Coachella Valley. That’s why PAWS Radio really is, ‘The coolest spot in the desert!’”

Listen to PAWS Radio by visiting https://pdc.csusb.edu and click on the “Listen Live” icon on the homepage.

For more information about PAWS Radio, visit https://pdc.csusb.edu/paws-radio or contact Lacey Kendall at Lacey@csusb.edu or (909) 537-5781.

Located in beautiful Palm Desert, the CSUSB Palm Desert Campus offers Bachelor’s and Master’s degrees, a doctorate in educational leadership, and teacher credentials and certificates. With more than 1,400 students, it is the Coachella Valley’s four-year public university and plays a vital role in educating and training the region’s growing population.

For more information about the CSUSB Palm Desert Campus, contact Mike Singer in the campus’ Office of Public Affairs at msinger@csusb.edu or (760) 341-2883, ext. 78107, or visit the campus website at pdc.csusb.edu.