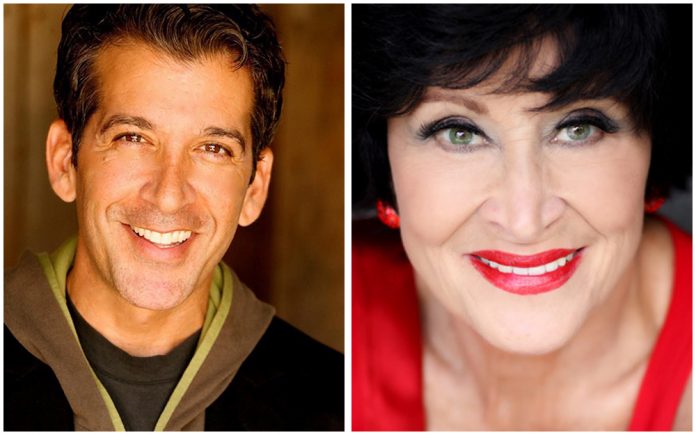 On Thursday, May 6, 2021 at 6:00 pm Pacific, experience an intimate discussion between Tony Award-winning, legendary actress, singer and dancer Chita Rivera and choreographer of the Academy Award winning film short West Bank Story; stage director and choreographer, Raymond Del Barrio. During this one hour discussion, Rivera and Del Barrio will join CVRep viewers via Zoom to reminisce about memorable moments in their careers, share on what they are working, and give insight into the incredible times they have worked together. At the end of the presentation, the audience will have an opportunity to join Artistic Director Ron Celona for a Q & A session. Both Rivera and Del Barrio will respond to viewers’ questions.

Register for this free, virtual event at cvrep.org.

About Chita Rivera – Rivera is a theatrical icon and one of Broadway’s greatest triple-threat talents. One of the most nominated performers in Tony Award history, Rivera has earned 10 nominations, won twice and received the 2018 Special Tony Award for Lifetime Achievement in the Theatre. A versatile actress, singer, dancer, she received the Presidential Medal of Freedom and the coveted Kennedy Center Honor.

As a performer, Del Barrio had the honor of performing with Rivera in her Carnegie Hall debut Nowadays and in her Broadway First National tour Chita Rivera: The Dancer’s Life.

While CVRep’s highly successful Theatre Thursdays series will culminate with the extraordinary matchup of Chita Rivera and Raymond Del Barrio, virtual events will be presented throughout the Summer. A Summer Classical Music Series in partnership with Virginia Waring International Piano Competition, The Steinway Society and Palm Springs Opera Guild is currently in production. These hybrid concerts will allow limited in-person attendance, and will be shown in their entirety via special event Theatre Thursdays. Additional information will be released soon.  In fact, CVRep will soon announce its 2021-2022 Season of performances and events.

Coachella Valley Repertory (CVRep) is an equity theater company, designated a Small Professional Theatre under the Actors’ Equity Association. CVRep is a 501(c)(3) non-profit organization whose mission is to provide thought-provoking theatre of substance.