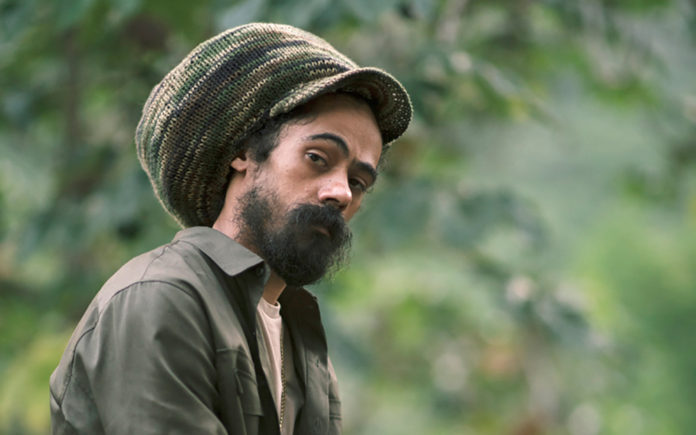 Damian Marley will be performing at Desert Oasis Music Festival on Saturday, October 2, 2017. The youngest son of Bob ‘Tuff Gong’ Marley, ‘Jr. Gong’ has crafted a heritage of his own that has progressed his sound and prominence in contemporary reggae music. With a new release, Stony Hill, and reemergence, Marley appears to be the headline act everyone is abuzz about.

His first solo record in over a decade, Stony Hill is 18 tracks of pure and prominent reggae music and clocks in at one hour and 13 minutes. Marley has not been totally absent. The past several years he has been busy working with the likes of Nas, Jay Z, Mick Jagger and Skrillex.

Coachella Valley Weekly spoke with Marley as he was preparing to perform in Seattle, Washington as part of his Stony Hill Fall Tour 2017.

CVW: Tell us about Stony Hill.

Marley: “Stony Hill is really a place in Jamaica. I chose Stony Hill as the name of the album to highlight and reflect my personal upbringing and to highlight the rags to riches story of my father in some kind of way because it’s not very common that you have someone coming from a neighborhood that he came from, a child that grew up in Stony Hill, Jamaica. Stony Hill is the more privileged part of town, the neighborhood I grew up in from when I was around 5 years old to when I was around 16. It’s the more advantaged part of Jamaica. In the album, we’re trying to speak about that journey. My father came from the ghetto and was able to have a child like myself who was born and raised in an uptown and favored place.”

CVW: Is there an overall message in Stony Hill?

Marley: “I guess you could say the message of Stony Hill is you can accomplish anything you put your mind to as long as you have the discipline; if that could be one of the overall themes. Of course each song has its own theme still, every song has its certain topic in general.”

CVW: What are your feelings on the Coachella Valley?

Marley: “I’ve been to the Stagecoach Festival. I’ve been there a few times. I have performed at Coachella with Nas; it was great. It’s one of the reputable festivals that happen every year. It’s great exposure for me getting to introduce myself to new fans because of the different genres and the collective of the people that are there. I like it. It’s cool. We’re on tour so I’m not sure we’ll be able to stay overnight. We have to head out on the bus pretty quickly.”

CVW: In your opinion, is reggae now mainstream?

Marley: “To say that reggae is now mainstream is an opinion that can be argued. You still haven’t really had any artist to reach the stature of my father. At the same time, you see in popular culture that a lot of genres have been borrowing from our genre. I’m very proud of a festival like Desert Oasis. I love reggae festivals in general. Of course this festival has other genres but it is very reggae heavy. I love to see that and I love to see the exposure for the genre in general. Of course, Los Lobos and Warren G and those genres have a common root with reggae.”

Marley: “I have one son. Of course I come from a big family, brothers and sisters and what not and we live in close proximity of each other. We’re very family oriented and we do a lot of things together. You can check our respective album credits and you see that we’re in the industry together; we spend a lot of time around each other. Again, it’s a family unit and we move a lot together.”

CVW: What will your legacy be?

Marley:  “Well, my thoughts on that are if you have a legacy, you‘re already privileged enough. I’ve never really tried to think what mine should be. I think just to be remembered as someone who passed through the face of this earth. Just to be remembered is already a privilege within itself. I’m not really trying to say anything more than that. It would be an honor to have a legacy. In addition to that, the only other thing I could say is that I would definitely like to do something for my son that he can inherit when the time comes or if God blesses me with any more children.”

Stony Hill is full of roots and dancehall reggae with a political mindfulness that marks the return of a master. Marley sums up his homecoming album, “I’m very proud of it and it’s a long time coming.”

You can still purchase tickets to the Desert oasis Music Festival at desertoasismusicfestival.com. Don’t miss Marley’s set on Saturday at 10:20 p.m. on the Oasis Stage.