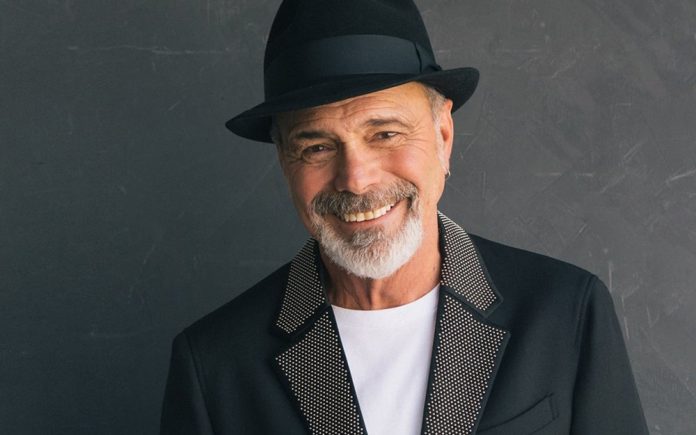 Danny Seraphine, original drummer and founding member of the band Chicago, began drumming at nine years old and hasn’t stopped since. After 23 years as Chicago’s drummer, Seraphine went separate ways with the band, but has since formed a new band – California Transit Authority (CTA) – whose repertoire includes many of Chicago’s songs and features him on drums. He credits many prolific and illustrious drummers as his early influences, the greatest of these Gene Krupa. Says Seraphine, “Gene Krupa was my drum hero. He shaped my style because I was learning to play and there was so  much swing in his play, so I was introduced to swing at a young age.” Seraphine describes his playing as dramatic. He cites a wide range of drummers – from Ringo Starr to Mitch Mitchell (drummer for Jimi Hendrix) and James Brown – as some of the many diverse influences in his own playing. This diversity allowed him to expand into several genres – rock, swing, jazz, and even motown.

Danny’s band is playing at Fantasy Springs this weekend on Friday, April 16 in their Rock Yard. Chicago’s early sound — horn-driven rock ’n’ roll — was revolutionary at the time, fusing multiple genres and styles into what became the band’s signature sound. Asked if the band  set out to do that or if it happened organically, Seraphine said, “Well it kinda happened organically. What we set out to do was put together the very best band we could of serious musicians and guys dedicated to making great music. Our sound evolved through songwriting and development. Part of it was the era, really a renaissance era in music. I set out to do that in terms of my drumming – I wanted to fuse jazz and rock together. Once we got a direction and a vision it kind of then became our mission statement. If you talked to Peter Cetera, he was really more rock even though he ended up a balladeer. What made the band so unique is we had so many influences pushing and pulling the band. And the great thing is – it actually worked. It was a time where you could get away with that, having a classical section or jazzy section and go back to rock. It was a great time in music.”

In the 1980s, Chicago experienced continued success with a string of hits that could be classified as “power ballads.” Serpahine shared how the MTV era allowed the band to reach a new audience.

“We kinda reached a point where it seemed like the band had gone stale and I was instrumental in bringing in David Foster, whom a friend had recommended. He and Peter clicked immediately and wrote some great songs – You’re the Inspiration, Hard to Say I’m Sorry, Hard Habit to Break being a few. That collaboration gave us new life. It extended our careers many, many years. A lot of people talk about “classic Chicago”, and those are great songs. But so are the ones from the 80s.

In terms of album sales and Billboard singles, Chicago shares the distinct honor of being second only to the Beach Boys with their chart success among American bands. Danny describes this accomplishment as hard to fathom when he looks back on his career. “It is kind of surreal to be honest with you. I’m eternally grateful. It’s afforded me to live a good life and I’m very grateful to the fans. I don’t take it for granted for a minute.”

Danny’s current band, California Transit Authority, is a hybrid Chicago band or as Seraphine describes it, “Chicago on steroids”. Featuring lead singer Tony Grant, guitarist Mark Bonilla, keyboardist Ed Roth, and singer/bass player Travis Davis, and a full horn section coming in from L.A., Serpahine explains, “It’s high energy with younger players who interpret Chicago’s music beautifully and play with a high level of integrity. We play all the hits and some deep cuts. People get a real true sense of the Chicago experience without seeing Chicago. These guys grew up on the music and have a great respect for it. Fans will hear everything they want to hear.”

You can watch California Transit Authority perform the hits at Fantasy Springs Resort and Casino on Friday, April 13 in the Rock Yard as part of their Take Me Back to Chicago Tour. Admission is free and all guests must be 18 years old. For more information, please visit their website: https://www.fantasyspringsresort.com/rock-yard/