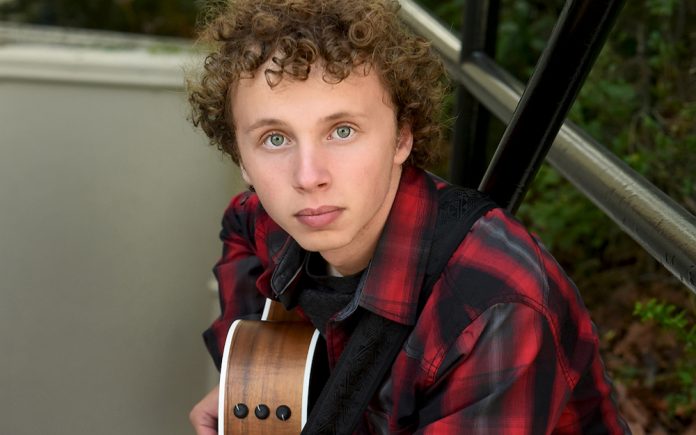 While most people pursue a passion hoping it will lead to successful outcomes, not everyone gets to fulfill their goals. Jake Sonderman has been engaged with music at a young age, and now has several opportunities lined up to continue his education through hard work and diligence.

Jake, an 18-year-old student at Palm Valley School, has been accepted to many of the colleges that he applied to, such as Berklee School of Music, University of Michigan / School of Music Theatre and Dance, New York University / Tisch School of Arts / Clive Davis Institute of Recorded Music, and Belmont University. 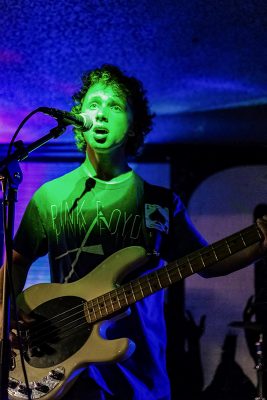 Jake has been offered over $730,000 in scholarships. The University of Miami, Frost School of Music, was one of his top choices, and the school has offered him a full tuition scholarship to get a Bachelors of Science in Music Engineering Technology with a minor in Electrical Engineering or a double major in Computer Science with his primary instrument of study being contemporary bass.

Jake has attended Palm Valley for 15 years, ever since preschool.  His teachers have been his biggest supporters and fans in everything he does, as they also challenged him that he could still be an A student with a difficult class load while pursuing his musical interests. Many of his teachers will be there to cheer him on as he crosses the stage for graduation when he graduates with honors.

“Jake has always loved to play all kinds of music. He hears the beauty in every note of a song. Jake can pick apart a song to its parts and at the same time enjoy the feeling that the band set out to impart with the song as a whole… Music is a part of Jake and the creation of music fulfills Jake. He has set his world up so that his goal in life is to help musicians achieve the emotion that they want to express with their song,” expressed Jake’s mother, Cherise Sonderman.

Jake’s journey into music started when he began taking piano lessons in the fall of 2011 from his 1st grade teacher at Palm Valley School. His younger brother, Luke, had always wanted to take drum lessons. When Luke was a baby, the Sonderman family became friends through a baby MyGym class with Mikael Jacobson, a notable music teacher in the Coachella Valley. Mikael has taught at Palm Valley and continues to teach at College of the Desert, and focuses on individual lessons with his business BassLine Music. Luke started taking drum lessons in September 2013 with Jake tagging along.

Mikael quickly realized that Jake had significant musical ability and asked him to fill in different places when Mikael planned for period band-style shows. While Luke was learning quickly on drums, Jake began taking guitar lessons on a simple classical guitar. Mikael suggested an electric guitar, which Jake loved. Mikael realized that Jake needed a better guitar in order to do the skills that he was ready to learn and he upgraded his electric guitar. Within six months, the same thing happened where Jake was learning so fast that he needed a better quality guitar in order to continue his growth as a musician.

Jake eventually joined the very first Academy of Musical Performance (AMP) Camp, where he spent several years attending the camp and after-school program. AMP is a contemporary music education program whose goal is to enrich the lives of young musicians living in the Coachella Valley by fostering productivity and social responsibility through creativity, communication and collaboration in the development and enhancement of musical performance and concert production skills through participation in a “rock band” style educational setting.

During his first summer at AMP, Jake was slated to be a keyboardist, but when the bass player could not perform with his band, Jake took on learning bass. Jake learned so quickly and also had found his very favorite instrument: the contemporary bass. Jake also plays the Double Bass with the Coachella Valley symphony, in addition to being skilled with electric guitar and acoustic guitar. He can play the keyboard and piano as well. Jake has also spent some time as a singer at Palm Valley School doing choir and barbershop quartet, including a performance at Carnegie Hall and a competition in San Francisco.

The Sonderman brothers started Sondy Studios a few years ago and have worked with young bands like Pescaterritory and singer-songwriters like Joelle Berry and Lexi Hartley. All instruments, including learning ProTools and Logic, have been done with Mikael Jacobson. In the studio, Jake helps to engineer the song, capture all sounds and instruments, and plays any needed (except drums, which Luke provides), while also mixing the music and mastering it.

“My favorite memory is definitely the process of recording Pescaterritory’s album during the summer of 2020. We had all been on lockdown for several months at the time and doing school from home. The summer had started and even Grammy Camp was online. After talking with our parents, we decided that we could do a focused recording of the band as all of the musicians and parents are friends. I was able to fully immerse myself in the process. The band, Aiden Schaeffer, Gavin Lopez, Jason Zembo, and Nick Willman, were very open to see just what could be done with each song. If I had a suggestion of a certain sound effect or a place that needed some additional work, they were excited to do it,” explained Jake. 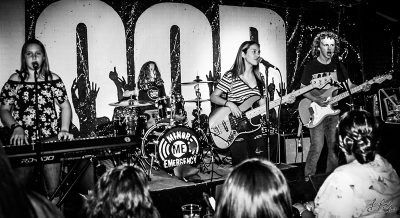 Jake has also played acoustic guitar in an acoustic duo with Brayden Davlantes. He spent years as the electric guitarist and co-singer of the band Minor Emergency. From AMP, he met Noah Arujo and Nick Willman, cousins, to form bands (D-Tension and Silver Sky) where Jake was the electric bass player and backup vocalist. Between his time doing Mikael Jacobson’s shows, AMP Shows, Minor Emergency, Jake ‘n Brayden, D-Tension and Silver Sky, Jake has done over 300 live shows including venues like Pappy & Harriet’s, The Hard Rock Hotel, The Date Shed, Stagecoach, Whiskey A Go Go, The Hood, Indian Wells Tennis Gardens, The Rockyard at Fantasy Springs, and many more. 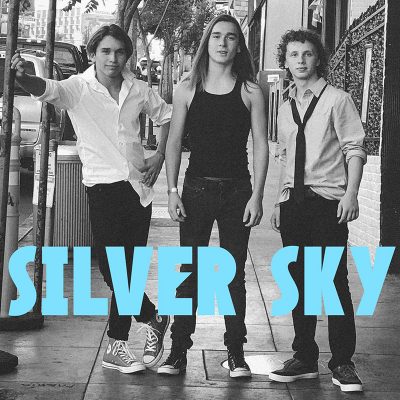 “While it is hard to believe that I am almost done with high school and ready to go off to college, I also feel prepared to do so. So many people have been a part of the group that has helped me to get where I am and I am so grateful. My parents have been so supportive. My family has been so supportive. Everyone at Palm Valley School has supported me. Everyone at AMP has supported me. The music community in the desert, more people than I could ever count, have supported me. I would love to tell each one of them how filled with gratitude I am for their encouragement. It has made a huge difference in my life. I plan to go out there and represent the Coachella Valley in a positive way,” stated Jake.