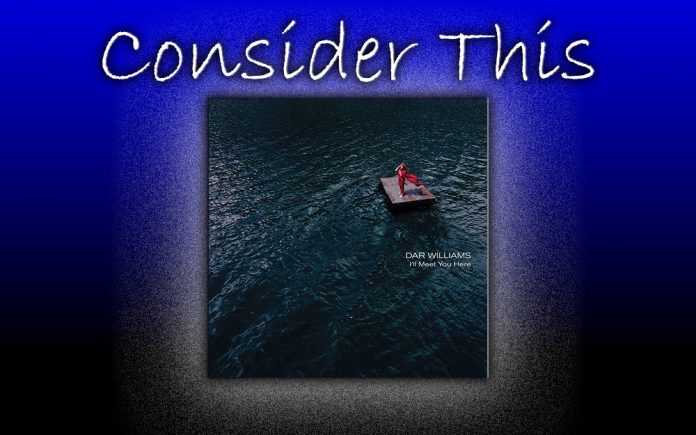 Back when terrestrial radio was my primary source for discovering new music, I would toggle between two L.A. stations when I was in the car, KCRW and KSCA. The former was the legendary Santa Monica independent that famously played what they liked whenever they wanted. The latter was a recent addition to the FM dial. Over the decades it had cycled a series of call-letters and myriad genres including Urban Contemporary/Quiet Storm, Full Spectrum Rock (because half-spectrum will never do) and briefly an Easy Listening station known as KLIT (I shit you not). It finally became known as KSCA, FM 101 and was owned by singing cowboy/media mogul Gene Autry. It adopted an AAA format, that’s an alliterate acronym for Adult Album Alternative. It was an umbrella term for Americana, Roots Rock, Jam Band, Jazz, alt.country Alternative Rock, Folk and Blues. They broke a lot of early ‘90s act like Sheryl Crow (snore), Shawn Colvin, Jewel, Dave Matthews Band and the Wallflowers. It was there I first heard Dar Williams’ song, “When I Was A Boy.”

Huh? You’ve never heard it? Go ahead, find it on the interwebs or something. I’ll wait…. how perfect is that song! Poignant lyrics fused to a Folk-flavored hook, it offers a pithy and poignant portrait of a grown-up tomboy trying to navigate the ‘90s. The whole song is clever and heartfelt, but this one couplet that echoed my own childhood so completely; “I was a kid you would like, just a small boy on her bike, riding topless, yeah, I never cared who saw/My neighbor came outside to day ‘get your shirt,’ I said ‘no way, it’s the last time I’m not breaking any law,’ and now I’m in a clothing store and a sign says ‘Less is More,’ more that’s tight means more to see, more for them not more for me, that can’t help me climb a tree in 10 seconds flat,” That it kind of singed my soul. The song’s surprise ending, where she meets a guy who doesn’t marginalize her weirdness, but embraces it, made it all the sweeter. Quietly conveying that anyone who starts out different is still allowed the choice take an alternative path or the conventional one.

Dar Williams was supposed to be a playwright. Born in Mount Kisco, New York in 1967, Dorothy Snowden Williams grew up in Chappaqua, the youngest of three sisters. A sisterly mispronunciation of her first name resulted in the nickname, “Dar.” She picked up the guitar at an early age and discovered that songwriting came easily. But she viewed it as a form of catharsis rather than a career goal. By the time she entered college, she had determined the theater would be her destiny.

Attending Wesleyan University, she majored in theater and religion, with the intention of becoming a playwright. Following school, she settled in Boston, working for a year as a stage manager for the city’s Opera Company. But at some point, making music became all-consuming. She continued to write songs and began demo-ing the material. By the early ‘90s, she had self-released a couple cassettes.

On the strength of those recordings, she secured a deal with the indie label Razor & Tie and released her first official long-player, The Honesty Room in 1994. “When I Was A Boy” became a break-out hit on Triple A radio. Folk Queen Joan Baez was an early and ardent champion, not only mentoring Dar, but also recording several of her songs throughout the years.

For the last 25 years, she has released albums at a pretty quick clip. Throughout 10 studio albums, three EPs and three live recordings, Dar’s music is characterized by her trenchant wit, sharp eye for detail, wicked turn of phrase and her agile melodies. Apart from her solo career, she has found time to team with fellow musicians Lucy Kaplansky and Richard Shindell as Cry,Cry,Cry. The trio covered their favorite Folk artists on their eponymous debut. She has also written two Young Adult novels and published an urban planning study, What I Found in a Thousand Towns: A Traveling Musician’s Guide To Rebuilding America’s Communities-One Coffee Shop, Dog Run & Open Mic Night At A Time. Since 2013, she has conducted songwriter retreats.

As the pandemic hit, Dar was working on her newest book, Writing A Song That Matters. Her new album was nearly complete, but Covid pushed the 2020 release date and her tour was postponed indefinitely. Finally, it has arrived. Even though six years have elapsed since her last record, I’ll Meet You Here picks up right where she left off.

The album kicks into gear with “Time Be My Friend.” A thundering big beat collides with shadowy acoustic riffs, rock-ribbed bass and burnished baritone guitar envelope her warm contralto. Instead of regarding time as “the indefinite continued progress of existence and events in the past, present and future regarded as a whole,” Dar treats Time as a cohort and confidante; “Time, I’ll make it up to you this time, and we’ll go walking down the wide country road, and I will be your brave companion, your adventurous D’Artagnan, I will be your best receiver, your goldenest retriever/I’ll remember what you taught me and those treasures that you bought me, most of all a lifetime of friends, it came together when I asked you to be one of them, oh time, be my friend.” Sharing vocal duties with bassist extraordinaire, Gail Ann Dorsey provides a bit of ballast. Jingle-jangle guitars are salted in the mix, giving the arrangement a soupcon of insouciance.

On the road, it’s typically just Dar and her guitar, so, it’s always great to hear her stretch out with a full band in the studio. “Magical Thinking” begins tentatively with hammer piano accents and intertwined guitars. As her vocals leap in, the arrangement builds, layering sun-dappled guitars, woozy keys, sinewy bass and a thudding beat. It opens with a bit of conversational give-and-take, as she gently puts a skeptical misanthrope in his place. Sure, she concedes that thinking magically might not be practical, but it beats the doom-and-gloom alternative; “Living in daydreams you say it’s not a way to live, you say the rock bed is dry, I say the drought has got to give….tell me there’s no going back, but I’ve been saying that the creek will run, I’ve been waiting for the train to come, going back to all my magical thinking that finds a break in the stone.”

“You Give It All Away” is powered by a brassy fanfare, elastic guitars, brittle bass and shimmery Hammond B3. Perspicacious lyrics like “You’re not alone when you say it’s going fast now, the silver hope, kaleidoscope is spinning us away, but find the means and find the end, find a reason, just pretend, just find a way to send the light you send” pinpoint the quicksilver moment when ambition and inspiration coalesce.

Dar’s narrative prowess, facility with language and sly sense of humor have always been matched by dexterous and indelible melodies. That tradition continues on this album. Take “Today And Every Day,” sprightly guitars connect with rippling mandolin, angular bass, whistling keys and a cantilevered beat. This buoyant Eco-Warrior anthem finds Dar addressing the flora and fauna directly; “Hey there, Polar Bear, it’s quite a mess we’ve found, life is one heavy trip, our paws are sinking in the ground, I see you lumbering at the break of dawn/How can we survive and save the day before the day is gone? I know I’m going to find the way, I know I’m going to light the way, ‘cause if I’m ever going to make it then I’ve got to say ‘I can save the world today and every day.’”

The piano-driven “Berkeley” offers a gimlet-eyed take on the era where wokeness was invented. “I was the crazed model, for somebody’s novel, bought from the bookstore where ‘Howl’ was sold.” The narrative deftly moves through the decades; “I met you there later, a Passover Seder, Holy polemics, we thought we were long gone, and Berkeley still pagan, still mad at Reagan, brought us to bed in the luminous dawn,” to the current dot.com demi-monde; “Now it’s commuters with silver computers fed into trains bound for Moloch’s machine.”

“Little Town” paints a vivid portrait of a community experiencing growing pains. Blissed-out bucolic acoustic guitars partner with lowing cello, spatial bass, lush keys and a thunking beat. Coded conversation feels like verbal redlining; “It’s nothing that you did, you’ve got to understand, you’re taking it too fast, it’s not the color of your skin, but one thing you should know, you’ve gotta take it slow/What they call the shifting of the sands, I see as your demands, when you change you can’t ignore what things are and were before/My family has been here for generations, and now I have two children of my own, and I knew that I would live here, always knew that I’d stay here, it’s not a new world that you’ve found, it’s just a little town.” Switching gears, “I Never Knew” is quiescent and intime. The courtly melody is anchored by a bare bones arrangement of stately piano, fluttery guitar riffs and shivery cello. Soul-searching lyrics parse the vagaries of love; “I thought love was hoping that you had enough to give someone else, no one ever told me I should lift my head and ask for love myself, but it wasn’t a surprise to find I told myself a pack of lies, whenever I’d rush to answer every beck and call, I knew in my heart that wasn’t really love at all.”

Other interesting tracks include the willowy “Let The Wind Blow” and Dar’s expansive cover of Slambovian Circus Of Dreams’ “Sullivan Lane.” The album closes with “You’re Aging Well.” The tender piano ballad is one of her oldest songs, a wry meditation on aging gracefully; “Why is it that as we grow older and stronger, the road signs point us adrift and make us afraid? Saying ‘You never can win,’ ‘Watch your back,’ ‘Where’s your husband?’ oh, I don’t like the signs that the sign makers made.” Ironically, Joan Baez began covering this song at age 56, back in 1997. In a recent interview, Dar noted that she’s nearly that age herself, so it feels wholly apropos that she finally feels she has the grace and gravitas to tackle it herself.

I’ll Meet You Here is another adroit collection of songs from a master storyteller. Dar’s knack for weaving fresh, yet familiar narratives into intricate melodic tapestries has only sharpened as the decades have progressed. “When I Was A Boy” still moves me. This music does too.