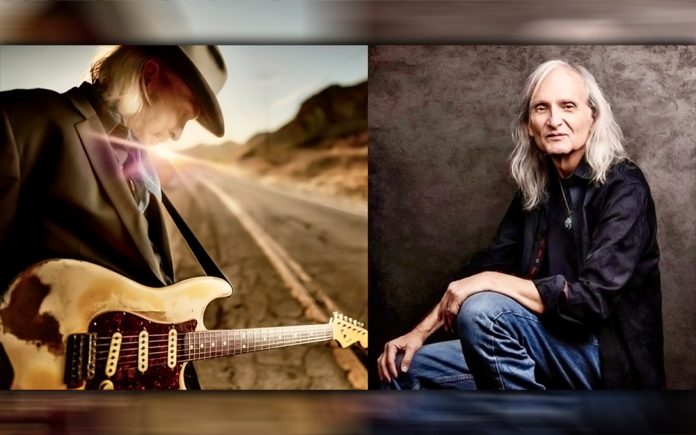 Dave Alvin & Jimmie Dale Gilmore with The Guilty Ones are set to return to Pappy & Harriet’s on Friday, July 1st, 2022. This is an all-ages show.

Dave Alvin and Jimmie Dale Gilmore originally became acquainted when they toured together as part of a singer-songwriter caravan that included Joe Ely, Katy Moffat, Lucinda Williams and Steve Young. They discovered they shared an affinity for the Blues, and realized that, unbeknownst to them, their paths had crossed at The Ash Grove. The legendary Los Angeles Folk club that played host to Folk, Bluegrass and Blues artists from 1958 until 1973.

Dave, along with his brother Phil, grew up in the L.A. community of Downey, immersing themselves in the Blues and eventually forming The Blasters. The Roots Rock band was embraced by the city’s emerging Punk scene, sharing stages with X, The Screamers, Black Flag and The Gun Club. Dave, who was the band’s primary songwriter, went solo in 1987.

A few years older than Dave, Jimmie Dale was born in Amarillo and came of age in Lubbock. Along with fellow Texas troubadours Joe Ely and Butch Hancock, he formed The Flatlanders. When that band came apart at the seams, he took a sabbatical from music, winding up in a Denver Ashram. After a nearly 15-year absence, he jump-started a solo career in 1988. Although he’s toured as a solo artist and occasionally reunited with the Flatlanders, he’s probably best known as Smokey, the pacifist bowler, in the Coen Brothers’ cult classic 1998 film, The Big Lebowski. He draws the ire of John Goodman’s character, when he accidently steps over the lane demarcation (“Smokey, this is not ‘Nam. This is bowling, there are rules”). 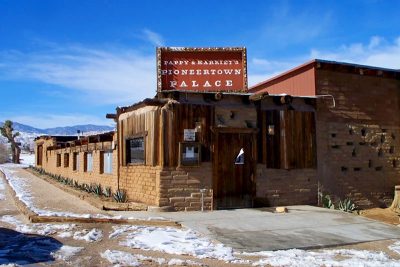 All told, Jimmie Dale has released six Flatlanders albums and eight solo efforts. Meanwhile, Dave has recorded four long-players with the Blasters, plus a couple of live ones. He’s accumulated 13 solo records and found time to reunite with his brother Phil on two Blues-tinged albums. In 2017, Dave and Jimmie Dale teamed up for a series of live dates and the response was so great, they headed into the recording studio. The result was From Downey To Lubbock, a mix of new compositions and well-curated cover songs that hit #1 on the Billboard Blues chart.

Returning to Pappy’s, their old stomping grounds, the pair will perform tracks from that record, along with deep cuts from both of their copious catalogs, some well-placed covers and a surprise or two. (Dave Alvin & Jimmie Dale Gilmore With The Guilty Ones at Pappy & Harriet’s Doors open at 8pm/9pm Show All ages. pappyandharriets.com)