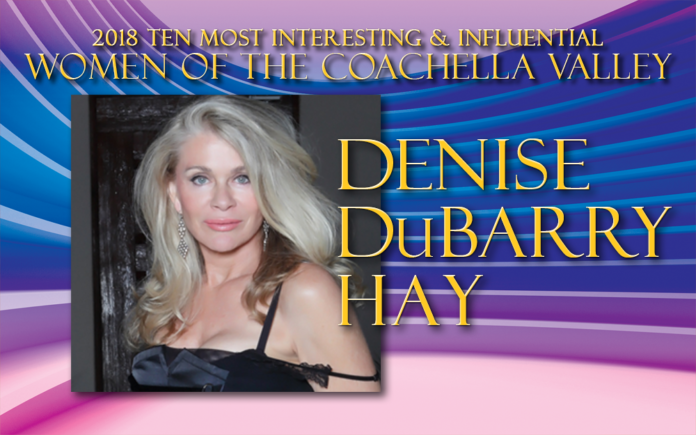 Born at an Army hospital in Ft. Hood, Texas, where her father was stationed, Denise DuBarry’s childhood was not conventional – or boring. After her father left the Army, he went on to receive his Master’s in Forestry and was subsequently recruited by the Standard Fruit & Steamship Company. To this end, the DuBarrys moved to Central America, where Denise spent eight years of her childhood in Honduras – on a banana plantation, no less – Guatemala, Costa Rica, and Mexico. To this day, she is still fluent in Spanish. The family made frequent trips to Louisiana during that time, where her parents both hailed from. Spending some of her formative years outside of America, helped shape Denise’s world view, helping her to become more compassionate and culturally connected. Her family later moved to California and settled in the San Fernando Valley, where Denise continued her schooling from middle school through high school graduation. She states of her spending her childhood partly in Central America and partly in Southern California, “I got the best of both those worlds.”

Shortly after graduation, Denise began acting at 19 and found many fulfilling roles, both in movies and television. Among her credits, she was a series regular in the show Black Sheep Squadron, and guest-starred in many popular television shows such as Charlie’s Angels, Love Boat, Chips, Days of Our Lives, to name a few. Denise wasn’t satisfied just to act; she wanted to learn more about the craft. In 1987, she took classes in film production and that same year produced several videos called, “Play the Piano Overnight”. While looking for distribution for those videos, she discovered a new world – infomercials. The infomercial for “Play the Piano Overnight” was a success. During this time, she met her second husband, Bill Hay, (she and first husband Gary Lockwood, of Star Trek and 2001: A Space Odyssey fame, split up in 1988) and together they built a global marketing company, Thane International, which they then sold in 1998.

Denise and Bill married 26 years ago and enjoy their blended family. Samantha, Denise’s daughter with Gary Lockwood, owns Bikram Yoga Kauai and is a Yoga Master and has followed in her parents’ footsteps, taking on acting roles throughout the years. Bill has two sons from his first marriage, who have been a part of Denise’s life since they were babies. Adam runs their family’s organic farm in Kauai and Kyle is an industrial designer. Bill and Denise’s youngest, Whitney, has one year left at USC, studying for her degree in the Music Business. The darling of the family, though, is Pepper, their sweet toy poodle. 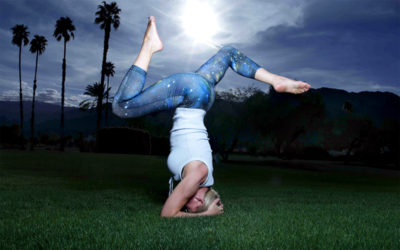 Denise is an entrepreneur whose business ventures reflect her passion for creating opportunities to help people get healthier and happier. Says Denise, “I love helping people grow to their full potential and I love learning new things.” And it shows. Denise has started a company and produced several films, made many more infomercials – one for the Pilates Power Gym and the other for “The Perfect Dog” – opened the Bikram Yoga Plus studio, opened a healthy (and delicious) new Palm Desert restaurant, Wildest Greens, and plans to open another yoga studio in Palm Springs in October. Of her “The Perfect Dog” infomercial, Denise explains, “I hate that our shelters are full of dogs. I’m passionate about helping people learn how to train their dogs so we can start to eliminate bad behavior as a reason for getting rid of a dog.”  She worked with professional dog trainer, Don Sullivan (known as the DogFather) and through this project, saved thousands of dogs and perhaps many children and adults from being hurt by their dogs. When asked what she would be doing if she’d chosen a totally different line of work, she imagines maybe she’d write books.

Denise draws inspiration to continue doing what she does every day from people who thank her for creating these places that have changed their lives, their health for the better. “I want to stay youthful, healthy, and flexible mentally and physically,” she says. Denise practices transcendental meditation, yoga, and pilates to renew her mind, body and spirit. With family, work, personal time and everything else, Denise keeps it together by finding a good balance. She’s a positive person who looks for the positive in other people and situations. A rule of thumb she tries to stick to is to not take things personally, focus on happiness and to just breathe.

Unsurprisingly, this restaurant owner likes to play in the kitchen and cook up new recipes. After the desert (of course), Kauai is her favorite place in the world. In her free time, of which she doesn’t have much, Denise likes to read self-help books and watch documentaries. Her favorite film is “Being There” partly because it’s a classic and partly because she was honored to act in the movie.

Denise has received many awards and accolades in the Coachella Valley, including the Palm Springs Athena Award, Entrepreneur of the Year Award (Ernst & Young), the Desert Diva Award from Palm Springs Women in Film & Television, American Pen Women, and Daughters of the American Revolution. 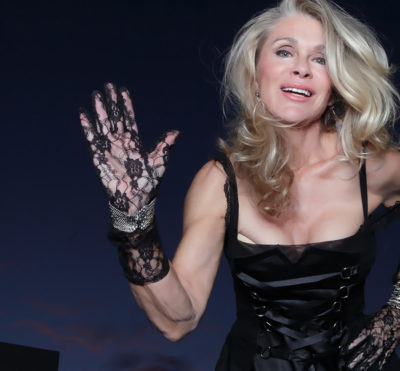 The woman Denise looks up to the most is her mother, citing her resilience and tough spirit. At nearly 80, Ms. DuBarry’s mother had a health scare last year with a bacterial infection in her heart, lost her husband after he developed Alzheimer’s, has lost most of her hearing, has had several mini strokes. Through all that, she still smiles, cares deeply about people, and shows up at her chair yoga classes 3 times a week. Denise says of her mother, “She always welcomed our friends growing up. We’d tease her about letting any stray person or animal in the house. She loves people.” Perhaps the apple didn’t fall far from the tree, as Denise’s love for helping animals illustrates.

Denise is representing Olive Crest, an organization that focuses on child abuse prevention and providing other services to at-risk youth. “They do amazing work in keeping families together and keeping kids safe. I was on their board for 8 years and am always happy to help them any way I can.”