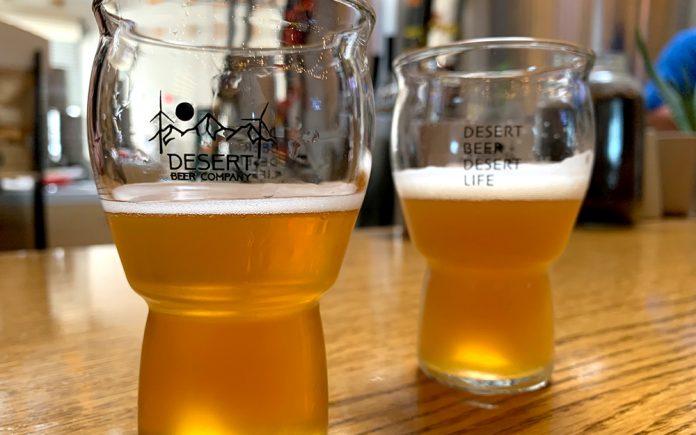 When Devon Sanchez opened the doors to his business on July 12, 2019, Desert Beer Company became the fourth craft brewery located within the Coachella Valley. The small, independent brewery quickly won over beer lovers, and by the time the company celebrated its official grand opening in late October, there were already regulars seated at the bar. With Desert Beer Company being in business for over 5 months now, the fan-base for Devon’s unique and tasty creations is growing. 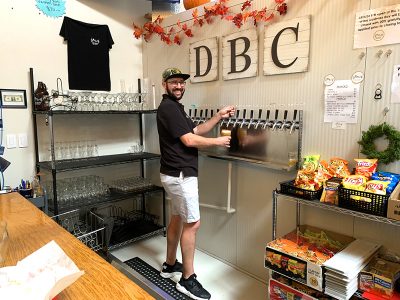 Hazymosa is a 6.5% ABV New England style IPA with grapefruit that tastes like a shandy/mimosa blend. On my visit to the taproom, several customers seated around me were all enjoying the drink and raving about their love for it. One patron seated next to me advised me to order an off-menu, blended drink that he personally loved. 100 oz to Freedom hoppy pale (4.8% ABV) was blended in a 50/50 ratio with Peach Wheat (6.6% ABV) to create a best-of-both-worlds refresher that is highly recommended. A brand-new beer was sampled, a lager simply named ‘America that must be designed to show the PBR and Coors drinkers how much better craft versions of their favorite macro-lagers can be. 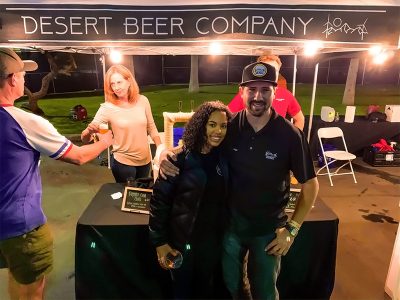 I’d spotted Devon and his other half, Tera Willis, pouring their beer for patrons at the “Brew in LQ” craft beerfest in early November. While many of the other breweries featured IPA heavy selections, Devon was pouring a cream ale with chilis and cucumber, as well as an apple ale brewed with pumpkin spices. Fun and daring flavors seem to be a hallmark of Desert Beer’s style, incorporating ingredients that embody the palates and flavors of the SoCal lifestyle. When asked how many beers the brewery has created in its short time open, Devon replies that the company has offered no less than 34 different beers as well as sodas and cold brewed coffee. When asked, he admitted that his personal favorite beers are the aforementioned Mexican Candy, SupadiDIPA double IPA, 760 Hazy Ale, and Chavela, the breweries take on the popular Mexican spiced beer drink. 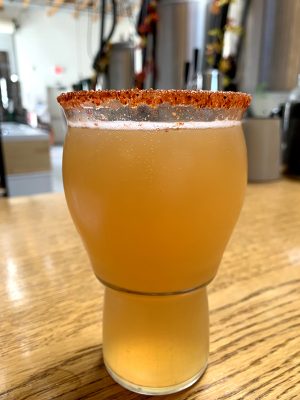 The Palm Desert brewery has recently gained its first off-site account, with Palm Springs popular Dead or Alive bar now carrying Desert Beer Company on tap. With big ambitions for the New Year, Desert Beer is set to gain even more fans and popularity in 2020. “In the new year, I would like to get more of my beer on draft in the valley at craft beer bars and restaurants,” states Devon, “and to begin making farmhouse ales and saisons – these are two of my most favorite styles of beer because of their unique flavor and the versatility of their design and additions.”