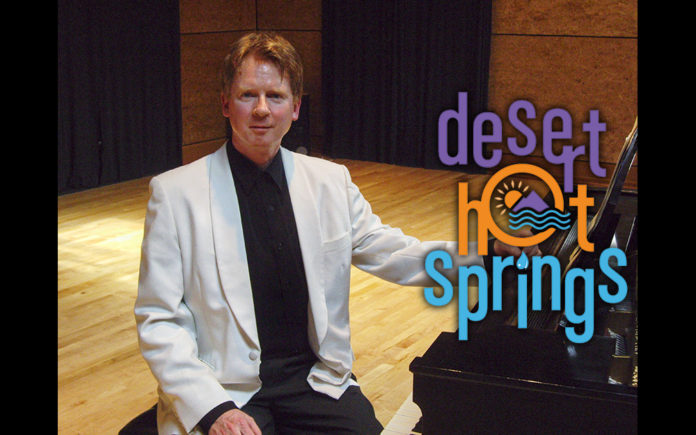 Admission is free, but donations at the door are welcome, and go directly to supporting the concert series.

“Desert Hot Springs Classical Concerts has had an exhilarating fifth season,” said Founder and Artistic Director, Danny Holt. “This season we’ve presented more concerts than in any past season, and featured performers from the Coachella Valley, Los Angeles, and even places farther afield such as Massachusetts, Washington state, and even Scotland and Canada.”

Prior to joining the piano faculty at Western Washington University in 1992, Jeffrey Gilliam taught at The Juilliard School; The University of Michigan School of Music; and at The International Menuhin Music Academy in Gstaad, Switzerland. He has performed and taught all over the world, including guest university teaching positions in Thailand and South Africa, as well as receiving two Fulbright awards.

He has recorded with violinists Yehudi Menuhin, Alberto Lysy, and Ruggerio Ricci for the EMI, Dinemec Classics, and Opus 111 labels. Originally from Akron, Ohio, Jeffrey Gilliam studied piano with Cécile Genhart at The Eastman School of Music, and with Theodore Lettvin at The University of Michigan. He also studied collaborative piano with Martin Katz and Margo Garrett.

In addition to teaching piano and collaborative piano at Western Washington University in Bellingham, he is Artistic Director of Western’s Sanford-Hill Piano Series. In 2015 he established his own endowed four-year piano scholarship: the Jeffrey Gilliam Piano Scholarship Endowment Fund. His students have gone on to distinguished piano performance programs at Stony Brook, New England Conservatory, Rice University, Manhattan School, and Eastman.

Admission is free, thanks to underwriting from the City of Desert Hot Springs Community and Cultural Affairs Commission, support from local businesses, and individual donations. Cash donations are accepted at the door to benefit the concert series.