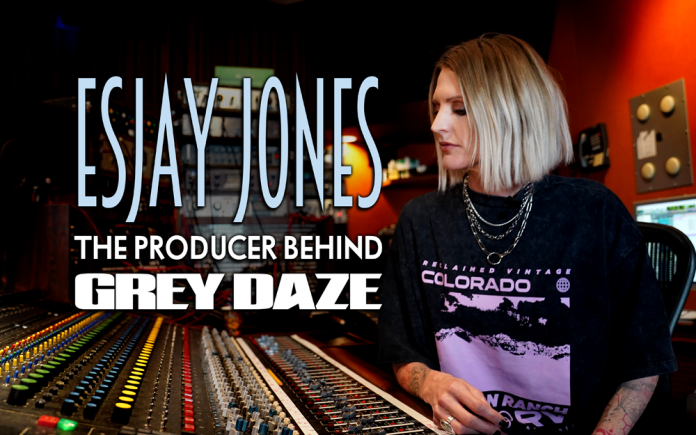 The multi-pronged artist Esjay Jones rolled with the punches of the pandemic of 2020. During the height of COVID-19, Jones unearthed opportunities to become an even more discerning artist. Having already worked as songwriter and producer with artists like Alien Ant Farm, songwriter Justin Tranter (Britney Spears, Gwen Stefani, Justin Bieber, Ariana Grande), Jamaican-American rapper Sean Kingston and Mystery Skulls with Nile Rodgers and Brandy, Jones has become one of our most interesting and influential human beings. She remains the Coachella Valley and High Desert’s ‘supreme emissary of music’! 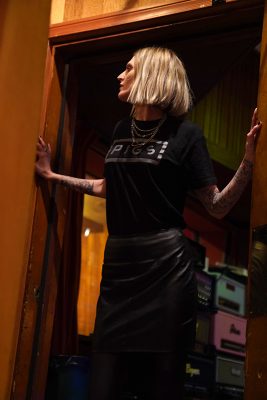 Coachella Valley Weekly connected with Jones as she continues to ignite the music world afire with her Alternative/Trap/NuMetal adventure We Are PIGS and new music from Grey Daze, the pre-Linkin Park band led by the late Chester Bennington.

CVW: How has your emotional/mental, physical and spiritual well-being been in the last year?

JONES: “The pandemic has been a rough time for many people, however this past year has been really good to me mentally and spiritually. Being ‘isolated’ really allowed me be focus on myself and what I really WANTED to do, rather than what I HAD TO do. This past year gave me the opportunity to collaborate with my heroines and heroes who most probably would not have had the bandwidth to be involved in We Are PIGS if the whole world wasn’t shut down! I am feeling energized and ready to take on anything.”

CVW: You produced several songs on the 2020 Grey Daze album Amends. Please give us an update on Grey Daze. 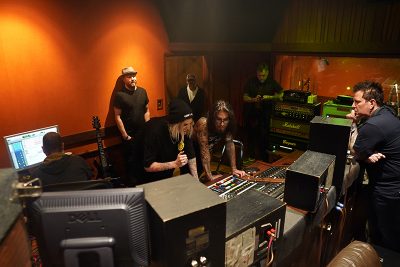 JONES: “I spent the majority of the pandemic re-writing the new Grey Daze record with Cristin Davis. Cristin is a close friend and the guitarist of Grey Daze. It’s daunting taking on the responsibility of re-imagining songs that are already loved by so many, however, it was such an easy and fulfilling process to work with Sean Dowdell (drums), Mace Beyers (bass) and Cristin to bring these songs to where we felt they should be in this moment from the bands’ perspective. It gave me the same feeling as when I was younger, jamming in my garage with my band creating music together – no egos…just friends making music. I’ve become very close to the Grey Daze boys, they affectionately call me the ‘5th Member’ of Grey Daze and that makes this record so much more special to me. After we finished pre-production, we booked into Sunset Sound (Led Zeppelin, Prince, Slipknot, Rage Against The Machine) and tracked the new record. It was the best experience I have ever had in a studio. I got to work alongside Brian Virtue (Audioslave, 30 Seconds to Mars, Chevelle, Deftones) and learn from one of the best in the game. It’s a magical feeling watching your creations come to life. The band and I are extremely proud of this album and can’t wait for the world to hear it!”

CVW: And of course, We Are PIGS is your beloved synergetic project. Please give us an update on We Are PIGS. 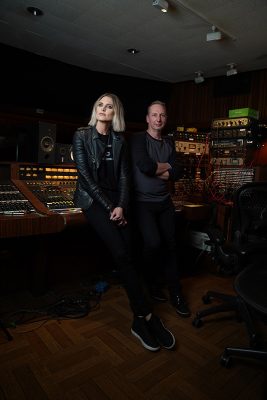 JONES: “Oh man, We Are PIGS is snowballing and I’m ecstatic! I released MOOT! one month ago today! It’s a collaboration with Morgan Lander from the Metal band KITTIE and the fan response has been so positive and wild! I have to keep pinching myself that I am making music with people who I grew up idolizing! I have two featured songs coming up on May 28, a song I co-wrote and co-produced with Juaz and Frank Zummo (drummer for Sum 41) called SICK and on June 15 a song called BLOOD DIAMOND drops, which is a collaboration with MOB COLLECTIVE. Songs with Billy Corgan (Smashing Pumpkins), Brian ‘Head’ Welch (KORN), P.O.D. and Crazy Town drop later this year. I am actively shopping for a deal and hope to get out onto the road to tour this in 2022!”

CVW: You’ve described the meaning behind We Are PIGS as both the good and bad that humans possess. I have found that you find your art very personal but you also allow for the observer/listener to interpret as they may. What has been the best outcome of this approach to presenting your music/imagery? 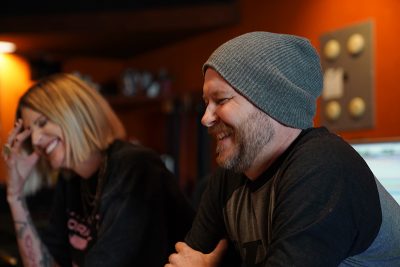 JONES: “Hmm…deep question. I was recently with Richard Patrick from FILTER and he said something that really stuck with me. He said that over his career, he has found that the songs his fans really love are when he is completely self-indulgent – and that’s been my approach to We Are PIGS, since day one – this project is fulfilling for me and IDGAF what people think about it because it’s my art and something that no one else can control except me. It’s exactly as it’s meant to be – a little rough around the edges.”

CVW: You collaborated with guitarist and vocalist Morgan Lander from the Metal band Kittie on the song MOOT! It’s heavy and driving with brutal guest vocals from Morgan. I love the lead-footed crunch of guitars and weighty drums. What was your gut-level reaction when you heard the final cut? 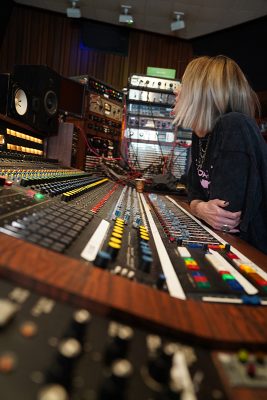 JONES: “Most people probably don’t know, but I am the songwriter, producer, vocalist and engineer for We Are PIGS, so I AM this project throughout every single process from the concept to the writing, to the mixing and the mastering! The final cut was not a surprise to me… it was exactly as it was intended – completely raw, a little bit demo-y and ‘you made this in your garage’ sounding with lots of imperfections. I don’t want this project to sound like everything else in this genre…and it doesn’t. I really hate how polished everything sounds in this genre. There is a place for that, but not in this project.”

CVW: You’ve been in the desert for several years now initially making waves in Palm Springs and now you call the High Desert home. Give me a synopsis of your time here thus far. 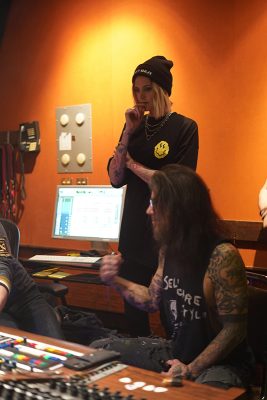 JONES: “Palm Springs was great for a season. I met a lot of wonderful people, like the CV Weekly team, and really dove headfirst into the local music scene which welcomed me with open arms. I often liken the music business to an abusive relationship – it constantly makes you feel really shitty about yourself, but you can’t seem to live without it…so moving to the desert was really surrendering the dream to be rich and famous – not giving up, but coming to reality that I have to make smarter decisions to sustain being an ‘artist’ – financial decisions: to be able to acquire some assets while still being able to focus on an industry which expects people to work for free the majority of the time. Fancy that!”

CVW: The South African province of KwaZulu-Natal, where you’re from, is much like Southern California; diverse with its beaches, mountains and year-round hot weather. We talked before about you moving to the United States being one of the biggest risks you’ve taken, but it seems your move to the Coachella Valley/High Desert was a perfect fit. Given all of that, what do you miss most about South Africa?

JONES: “You know, I really miss my friends – the South African culture, the colloquial terms, and the warm water. I could really go for a night out at Burn Night Club, a Metal club in Durban, with a couple of Zamaleks, a black label South African beer, and my ‘maatjies’ (good buddies)!”

CVW: I know your “other” passion is the culinary arts. What types of dishes have you tried recently? Any local restaurants or chefs you want to plug?

JONES: “Ha-ha…indeed! I actually get such chronic buyer’s remorse that I don’t eat out a lot. I’m not a person that sticks to recipes but I LOVE to cook. During the pandemic, I prepared three meals a day, every day! However, I recently went to La Copine in Yucca Valley, (lacopinekitchen.com) a restaurant that serves ‘New American’ cuisine, on Mother’s Day for the very first time and it was a delight! Well worth every cent!”

Stay tuned in to everything Esjay at esjayjones.com.