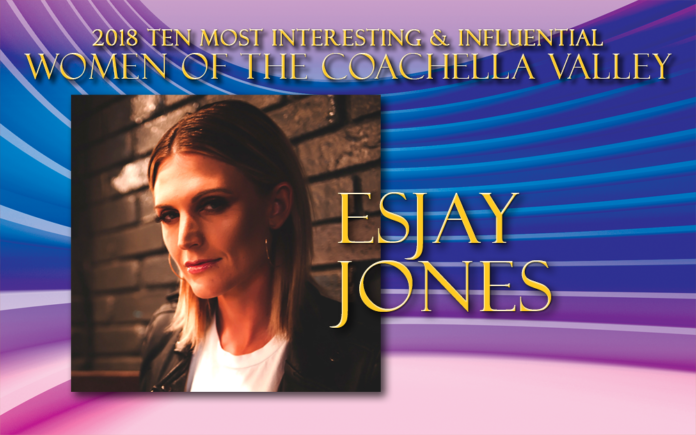 Esjay Jones may have been born and raised in South Africa, but the level of devotion and passion she invests in the Coachella Valley equals that of anyone I’ve ever known. I am honored to have interviewed Esjay Jones, one of Coachella Valley Weekly’s Top 10 Most Interesting and Influential Women of 2018. You can catch Esjay at Hotel Zoso in Palm Springs every Friday night at Acoustic Sessions, a live music event brought to you by Esjay Jones Productions and BOSE Professional. Esjay brings musicians from around the world to perform in an intimate setting in the Hotel Zoso lobby. Esjay is truly the desert’s supreme emissary of music. 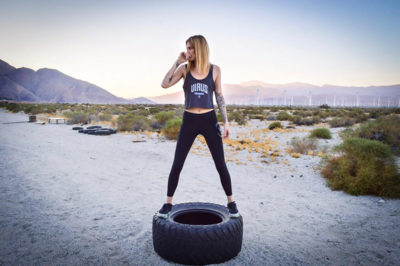 By all accounts, Esjay was destined for greatness with such an enlightened upbringing. “I was brought up on a farm just outside of Pietermaritzburg in Kwa-Zulu Natal. My mom was a schoolteacher and my father a civil engineer. We grew up playing music in the church.” Along with the practical procurement of music, she also engaged in formal music education. “I studied music theory and musicianship in South Africa through an American based on-line music school called Grove Music School – School without walls.” This early immersion in music and the nurturing from her family is apparent in Esjay today. It also explains her not so surprising love for opera.

Esjay’s mother was her greatest influence and instilled in her both empathy and the confidence that she could do whatever she wanted in life. “My mom is the strongest, most loving and supporting women you will ever meet. She will literally take off her shoes if she thinks you need them more than she does. I would not be where I am today if it was not for her complete belief and investment in me.” In addition, Esjay keeps only an ensemble of friends who are in harmony with her vision and pathway. “My friends and inner circle, I keep that pretty tight, I don’t have a lot of free time, so I keep like-minded friends around me who bring positivity and growth into my life.” Esjay has accomplished a great deal in the music business through her tenacity and stately standard of expectation. 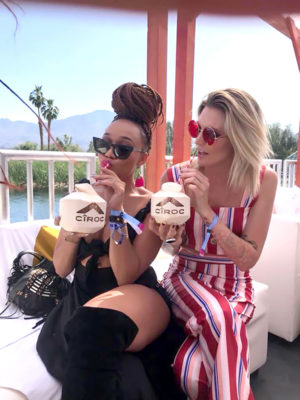 The name ‘Esjay’ is widely known in the music industry. Esjay won’t tell you but she’s kind of a ‘big deal’. Esjay humbly asserts, “I love being in this business even though the entertainment and music industry is always a hustle. I continually set goals for my business career as well as my health and happiness– it’s human nature to want more than you have, but I’m very proud to be where I am and working alongside such prolific people on a daily basis.” The direction of her career is self-propelled.

When asked if there was one thing that changed the trajectory of her music career she was hesitant to choose one factor. “I don’t think I could name one. I guess taking the risk of moving to the USA was the catalyst.” A risk for her and a reward for the rest of us; Esjay’s odyssey that led her to the US included some unique shifts in direction. “I studied business management through a course I won via a karaoke competition, (I know right?), which has been extremely helpful when applying to the business of music.” Esjay has also had some rewarding elements to her career. “I’ve too many wonderful moments to think of … My first official personalized Grammy Invitation, working with Alien Ant Farm and writing a song that featured Nile Rodgers and Brandy are just a few.”

The art of food has also captivated Esjay. She cooks a lot and finds artful stimulation in the kitchen. Esjay explains, “Preparing food and meals is what motivates and inspires me – I always find new melodies and ideas while in the kitchen.” Esjay would likely be a chef if she wasn’t so involved in the music business. “I would probably have gone to culinary school.” No matter her chosen work, Esjay was bound and destined for glory.

Prior to the social media frenzy that has changed the landscape of the music industry, Esjay had seven #1 radio hits in South Africa. Esjay has worked with many prolific producers, songwriters and artists, including Krewella, Justin Tranter (Fall Out Boys “Centuries”) Trey Vittetoe, Gina Schock (The Go-Go’s) Brian Kennedy, Mike Elizondo, JR Rotem, Mitch Allan, Toby Gad, The Underdogs, Olivia Holt, Pia Toscano, Lorialla and many more. Despite her remarkable work and connections, she continues to remain grounded and mindful. 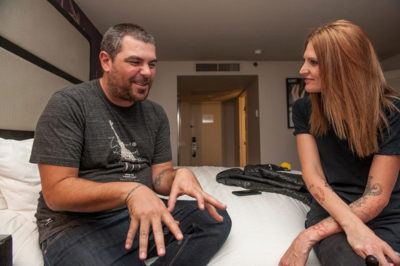 This awareness did not happen randomly. Esjay’s partner is her beacon of support. “I am lucky enough to have an incredible partner who is level-headed, confident, business savvy and completely brilliant – she is my lighthouse in this tumultuous ocean!” When seeking further replenishment Esjay has found solace in the water. “I try to go surfing as much as possible. There is nothing like the ocean to fill my soul; my mantra is, ‘just keep swimming’. And of course there’s the foodie in her. “I’m basically obsessed with food and eating… if you know me, you know I am always carrying snacks with me and can’t continue with my day until I know when my next meal is! Ha-ha!”

Esjay has also traveled the world in promoting artists and her brand. Fortunately, her favorite locale is just south of our border. “I love Mexico! It’s hands down my favorite place to frequent. I love the people, the culture and the music culture is unreal!” It’s fair to say the people of Mexico love her too!

Esjay is held in high regard by local and global artists alike. She has her own admiration for strong women. “Oprah Winfrey, Ellen Degeneres and Shasta Sowards– they lead by example, are always well-spoken, beyond reproach, have empathy for others and strive to improve the world we live in.”

Esjay is also empowered by the art of others. Deftones are her favorite artist and their album White Pony is #1 in her immense library. Her cinematic preference is the sci-fi thriller The Cell with Jennifer Lopez and in keeping with the macabre she prefers the zombies of The Walking Dead on the small screen.