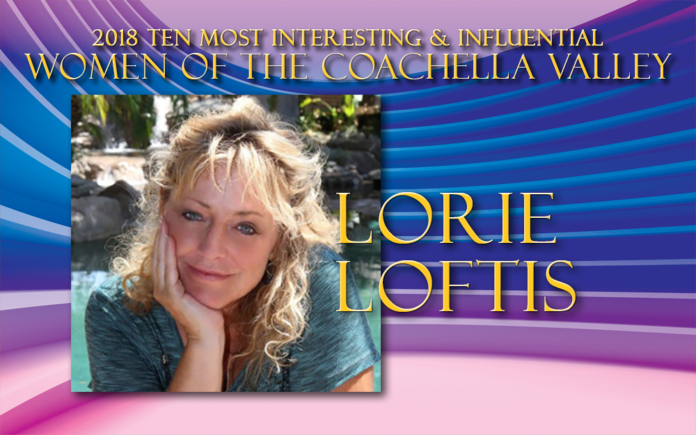 Lorie Loftis is a testament to what a person can accomplish through their zeal for what they love, as is apparent by her glorious pet and people oasis, Venus de Fido.

Loftis was born and raised in Portland, Oregon. Her family moved to the desert area in the mid 90’s, where her mother Lindi Biggi became linked to philanthropic work, devoting her passion to animal welfare organizations. Her mother founded Loving All Animals in 2008, Loftis would come down to the desert and help out at the organization, later moving to the area full-time in 2011. 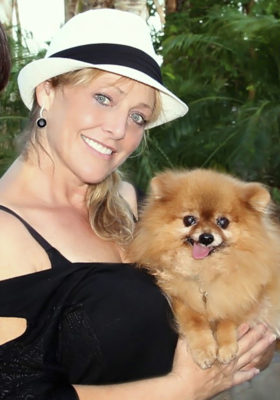 It has been an eclectic road of careers that have led Loftis to her current vocation, but also what makes her so well-rounded. Loftis coins herself as being a, ‘jack of all trades, and master of none,’ a usual response for highly creative and intelligent people. From entertainment, to hospitality, from retail to real estate, Loftis has experienced a great deal…all to her benefit, “Somehow most everything I have done has come into play to help me with this giant project, Venus de Fido,” she says.

With her love for animals as her fuel, and with the encouragement and support of her mother, the concept of Venus De Fido was born. “We felt that our community really needed a place like Venus,” said Loftis. It would also serve as a business that would help to support Loving All Animals as well. They saw from their connection to animal lovers and animal non-profits throughout the valley that they needed a year round gathering place to play, have fun and feel good. A place that would have an indoor area that could be utilized in the summer months when temperatures soar up into the 100’s. As if to answer their call, an opportunity came about to take over and rejuvenate a former gym in the heart of Palm Desert. Their vision was clear, complete with a Spa, Salt Cave and Wellness Center with a Beauty Salon and Groomer for pets. The space would also include a Fitness Center, Squash Courts, 1600sq. ft. Dance Floor, Indoor Park, a Café with Vegan options, and Boutique. All of it built into the 26,000 sq. ft. space. Through hard work, imagination and dedication, the project was completed and opened in July of 2016. 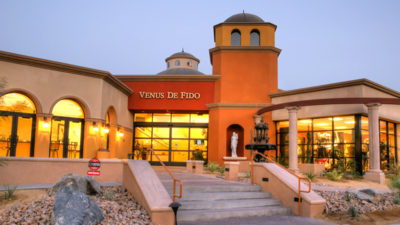 Venus de Fido is now entering its second year, and with almost 10,000 guests who have passed through their doors, they have doubled their sales from their first year. The most rewarding part for Loftis is the testimonials that she gets from people that she has helped to feel better, stay vibrant and have a good time. And the aspect that inspires her to keep doing what she’s doing is, “Observing how people catch on to this new concept and love it, knowing that if more people new about it they would feel good too,” said Loftis.

Loftis’s achievements have been noted with accolades from the Desert Sun and CV Weekly for Best Animal Welfare Non-Profit (Loving All Animals), and a nomination for Business Woman of the Year 2017-Palm Desert Chamber of Commerce. 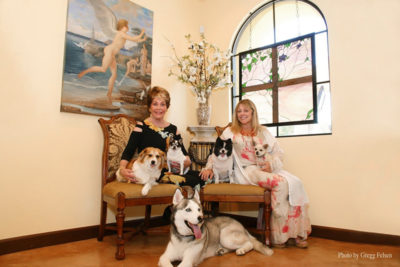 Loftis is a mother of two, a son who lives in Oregon and a daughter who passed away a decade ago, inspiring Loftis’ mantra of “Carpe diem”. Her lovable pets include Buddha, of TV commercial fame, and Chica, her Indio rescue Chihuahua.

Although she jokingly says that she keeps her life together with duct tape and Gorilla glue, it is the people that she surrounds herself with that keep her going. Playing with her dogs as well as practicing guided meditations, Salt Cave sessions, stretch and movement classes, massages, facials and wellness workshops also help her to keep it all going. “I practice what I preach,” says Loftis.

Her hobbies include art, music and travel. Her favorite places to travel are the Caribbean, Kenya, Australia and Peru. Entertainment favorites consist of TV shows such as Game of Thrones, the movie Avatar, listening to the band Beth Hart, and reading the Four Agreements. 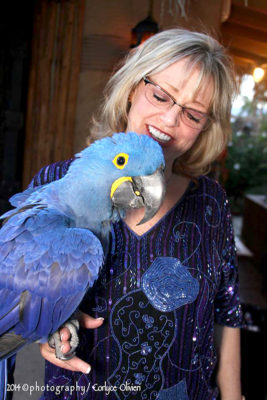 When asked what people would be most surprised to know about her, she says, “That I have the ability to create the right model and find the right people to make Venus de Fido the success my mom and I thought it would be.….that or, I was raised by monkeys.” When it comes to Loftis’ tenacity, the former would not be a surprise at all…monkeys it is.

Through it all, there is one woman that has encouraged and inspired her, the person being her mother. Forever grateful for her trust and respect.

Loftis has created a place that would sound too dreamy to some, impossible to most. But through her desire to have a haven for pets and their owners to play, have fun and feel good, she has made it happen. And that’s nothing to bark at.

Lorie Loftis will be representing Loving All Animals as her intended charity at the Top Men’s & Women’s Fundraising Charity Event on May 24th at Hotel Zoso in Palm Springs.