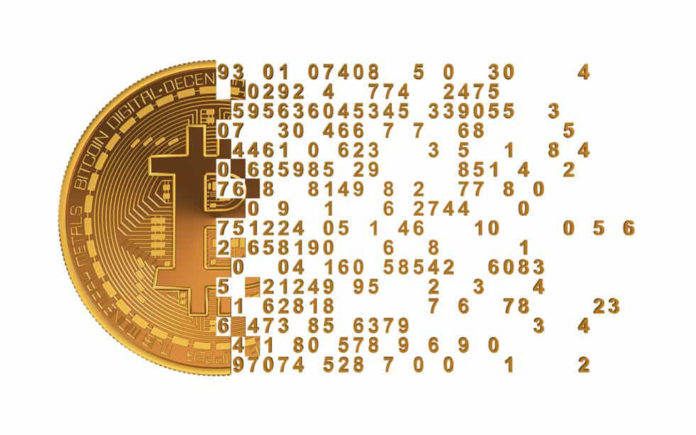 BitCoin is an electronic or cryptocurrency that most have heard of but few understand.

The biggest problem to a decentralized monetary system is that you have to have a mechanism that keeps everyone from printing money…the way most government-run central banks do.  Every Bitcoin in the system has to be based on something.  Somehow, this decentralized system with no central authority has to be able to keep count of real Bitcoins versus fake ones.

The general consensus was that it was impossible to solve this problem…until a person or group using the fake name of Satoshi Nakamoto figured it out.  To this day, Satoshi’s identity is unknown.

Satoshi’s solution was to replace the central authority needed with existing currencies and replace it with a consensus of computers that authenticate every transaction real time.  Those computers are paid in Bitcoins for serving as authenticators.

At the most basic level, a Bitcoin is no more than data on a spreadsheet.  What makes it unique is that it is a real-time spreadsheet stored on every computer in the network.  If the buyer, seller and network do not agree on specifics, the transaction fails.  Due to the way the program was originally written, the system makes each user anonymous with the authentication process immune to hacking through complex algorithms and a short time allowed for each authentication.

Stated more simply, Bitcoin is no more than a promise to pay by the rest of the network of Bitcoin holders.  It sounds awfully similar to the U.S. Dollar or any other currency issued by a central authority.  The primary difference is that once 21 million Bitcoins have been created, no more can ever be made.  At present, 16.8 million Bitcoins are in circulation.

Five years ago one Bitcoin was worth a little less than $8.00.  Today the same Bitcoin is worth approximately $16,000.  While most see this as a speculative bubble that typically happens when the stock market is as hot as it has been, many see this as a hedge against a world where governments print endless amounts of money, while running up mind-boggling debt loads.

As the ownership of a Bitcoin is anonymous, no one knows who holds the most Bitcoins.  It is known that the largest single address (better thought of as an account by you and me) has 179,203 Bitcoins worth approximately $3 billion U.S. Dollars.

At present, there are nearly 25,000 Bitcoin millionaire and 11 billionaire addresses.  A savvy Bitcoin owner uses many addresses as protection against the loss of an authentication key.  Like paper money, once the key is lost, you cannot get it back.

North Korea is one of the biggest beneficiaries and thieves of Bitcoins at present although the Chinese and Russians are in the game as well.  While all three use their computers for legitimate authentication purposes, each have been known to launch attacks on bitcoin exchanges with North Korea being the most notorious.

While most Bitcoin owners keep their identities anonymous, Cameron and Tyler Winklevoss have been public in stating that they are Bitcoin billionaires.  You might remember that the Winklevoss’ sued Mark Zuckerberg for their share of Facebook which they stated Zuckerberg created with them.

The FBI is also one of the billionaires since seizing control of the black market website, Silk Road.  Silk Road was the online dark-website where one could buy and sell drugs, people or hire assassins.

Haddon Libby is Managing Director at Winslow Drake Investment Management and can be reached at HLibby@WinslowDrake.com or 760.449.6349.  For additional information, please visit www.WinslowDrake.com.