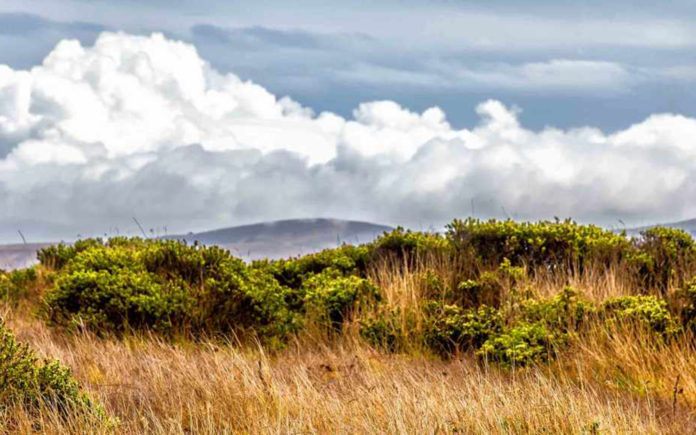 This is the first week of fall, and with it comes Santa Ana wind season. Though fire season is year round, Fall typically brings triple-digit temperatures, low humidity and gusty winds bringing high fire danger and red flag warnings.

According to the California-Nevada Climate Applications Program (CNAP), the Santa Ana is a “dry, sometimes hot and dusty wind in southwestern California that blows westward through the canyons toward the coastal areas.” Santa Ana winds can occur during fall, winter and spring, but they tend to peak during October through December.

I am an amateur at this, so let me play meteorologist for one minute. The Great Basin includes most of Nevada, half of Utah, and sections of Idaho, Wyoming, Oregon and California. Sometimes, cold air from the north becomes trapped in the Great Basin, caught between the Rockies and the Sierras/Southern California coastal range. As CNAP notes, this cold air mass is characterized by unusually high pressure near the land surface. When that pressure gets high enough to exceed the pressure along the California coast, the Santa Ana winds develop. As those winds move from higher to lower elevations, they become dramatically warmer and dryer. And as they move through narrow mountain passes, they pick up lots of speed.

As firefighters, we dread the Santa Ana’s, and no – not just because they can irritate our allergies or bring on dry skin. The winds don’t cause wildfires; people, accidents, vehicles and disasters both natural and man-made do. Many times intentional!

But it’s not just a Southern California problem. Diablo’s and Sundowners occur in Central and Northern California. When large wildfires strike, many resources and personnel are called from throughout California and even out of state. California has one of the most efficient mutual aid systems in the country. When multiple fires occur, it stretches our resources.

Regardless of where you live, wildfires impact everyone. Resources are dispatched from every city/county in the state. Resources get stretched thin. Air quality is affected, highways get closed, school classes get cancelled, utilities are interrupted, and it cost tax payers millions of dollars to fight these fires.

*Note: The information in this article was compiled from various sources. These suggestions are not a complete list of every preventative or loss control measure. The information is not intended to replace additional safety manuals or the advice of another qualified professional(s). We make no guarantee of results from use of this information. We assume no liability in connection with the information nor the suggestions made.