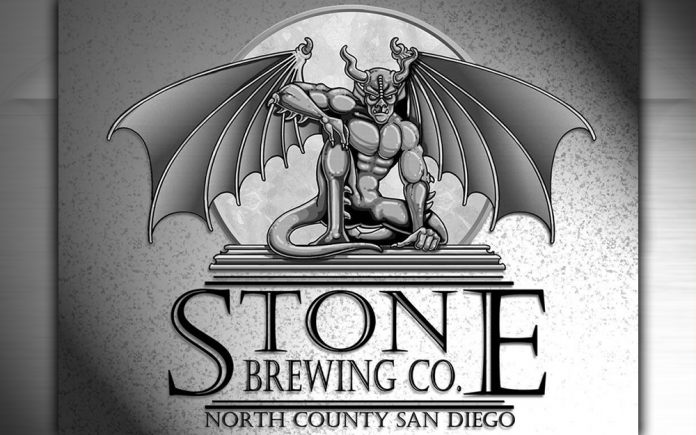 Stone Brewing Company is being sold to Sapporo Holdings, the Japanese brewery announced last Wednesday. Sapporo announced that it has entered into a “membership interest purchase agreement” to purchase the San Diego craft brewery, following Stone’s distribution business being “carved out and transferred to the newly established subsidiary of Stone Holdings.”

My personal belief is to avoid speaking in absolutes as much as humanly possible, a motto Stone Brewing co-founder Greg Koch would have been wise to learn while a much younger man. Koch spent his entire career as the loudest critic of craft brewery “sellouts”, which he derided as “cash grabs”. In his blog post announcing his departure, Koch writes that he will always be “a supporter of independent craft beer,” but that “I’ve softened my rigidity around this in recent years”. 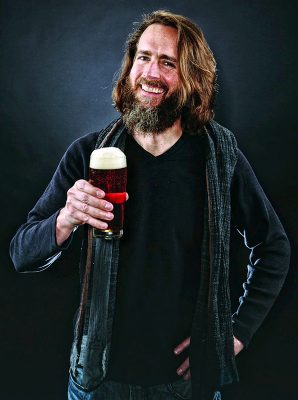 “This is the right next chapter for Stone Brewing,” said Koch. “For 26 years, our amazing team has worked tirelessly to brew beers that have set trends and redefined expectations. To have the interest of a company like Sapporo in continuing the Stone story is a testament to the great beers we’ve created and will continue to create for our fans across the globe.”

An eloquent statement to be sure, but not exactly true to form for the brash, outspoken pitchman. For years, he had loudly insisted Stone would never sell out to Big Beer — and just as vocally slammed craft breweries that did.

We believed him, trusting that Stone would remain San Diego’s champion of craft beer independence for decades to come, if not forever. As it turned out, we all duped by his loud and simple marketing scheme. Stone was all marketing from the release of the very first bombers of Arrogant Bastard in November, 1997. Let’s revisit the label one more time:

“This is an aggressive ale. You probably won’t like it. It is quite doubtful that you have the taste or sophistication to be able to appreciate an ale of this quality and depth. We would suggest that you stick to safer and more familiar territory–maybe something with a multi-million-dollar ad campaign aimed at convincing you it’s made in a little brewery, or one that implies that their tasteless fizzy yellow beverage will give you more sex appeal. Perhaps you think multi-million-dollar ad campaigns make things taste better. Perhaps you’re mouthing your words as you read this.”

On June 24th, following the announcement of the sale, Koch published a length blog / manifesto titled, “It’s Time” in an attempt to justify the sale and state his point of view. Like much of his past written word, it is a bizarre, stream-of-consciousness rambling where he quotes both Heraclitus and Metallica.

His take on his own hypocrisy?  GK: “Sure, I’d said it dozens of times. Quite possibly well over 100. I 1000% meant it every single time. It’s what I truly believed. I said it while pounding my fist both physically and metaphorically on the table. I’d said it over the telephone or on video with the narrative emphasis “…he says while pounding his fist on the table.” The words: I will never sell out.”

GK: “Sure. I have an ego. Egos aren’t bad things. They’re pretty much necessary to get out of bed in the morning. If you don’t have at least a modicum of “I can do this!” running through your veins, it’s possible you may not do much at all. Mine has mostly manifested itself in (one would hope) good ways over the years. My main ego driver has been wanting to do the right thing. I want to share with people visions of better alternatives. Things that were better than the norm. The belief that others might be interested in craft beer too. Sure, I got preachy at times. But I wanted to stand up for craft beer, which was the perennial underdog of the beer industry.” 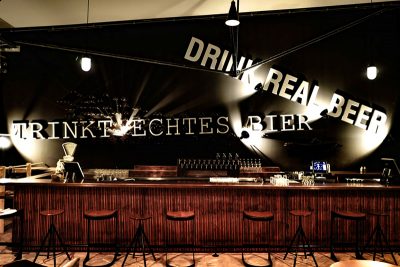 Perhaps, although it seems he may have forgotten that he orchestrated the dropping of a large stone (boulder) onto a pallet of German beers as his way of introducing the good people of Berlin to Stone Brewing. Maybe putting the words, “Drink REAL Beer” behind the bar (in both English and German) in Berlin wasn’t ego-driven…but it’ll take a lot to convince this writer otherwise.

GK: “But back to the gratitude. I thank you all. I thank those of you who supported us, who helped both envision and create a world in which better beer, food, experiences, and environments were made available to more people. It has always, always been a collective effort.”

Hmmm. Maybe. But I do remember Stone Bistro & Gardens opening and declining to carry or serve ketchup because they “knew better than their patrons exactly how their dishes were to be served and enjoyed.

He closes, “I thank the detractors who kept me humble. And I realize that many reading that sentence are chuckling. Greg…humble? Just think how bad it would have been without you. Lolz. Through the years I’ve sometimes been known to be a bit overly passionate, overly serious, and I have even come off like an ass at times. I promise you that under that bombast was always a healthy dose of self-deprecation, self-mockery, and a metric ton of self-doubt. Any supreme confidence was an alchemy of my own intense need to make this work – to protect the baby we’d built and the industry we all created – and a good dollop of old-fashioned self-doubt that I might not be up to the task. You can see almost all of those emotions present themselves in the I Am A Craft Brewer video I created with my friends at Redtail Media; it featured some of the people I most admired on the planet. I don’t regret the ‘overly passionate’ part. But if I could go back and give younger self some advice, it might be “Lighten up, Francis”.