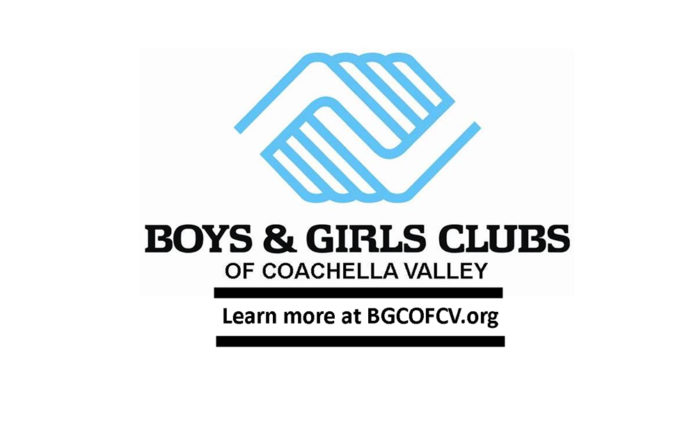 The Tony Reagins Boys & Girls Clubs of Coachella Valley Alumni Association raises funds for college scholarships for deserving young men and women who are members of the Boys & Girls Clubs of Coachella Valley’s Indio, Coachella, La Quinta, Desert Hot Springs and Mecca units. On Sunday, June 24, 2018 some of the desert’s finest musicians will be performing at The Hood Bar & Pizza to help support the organization. Brad Guth, owner and operator of The Hood, was quick to host the event and participate. Suggested donation is $5 or more. All money raised will go the association in honor of Mary Alice Wilson and Steven George Gutierrez. Scheduled to perform are BOHEMIO, MOZAIQ, COURTNEY CHAMBERS, AL RO$$I and JAE RAWKWELL. The show starts at 6:30 pm and will be followed by Comedy Night. Tony Reagins is an Indio High School and Boys & Girls Club alumni.

In his four seasons as General Manager, 2007 to 2011, Indio native Tony Reagins led the Angels to two American League West titles and achieved a record of 363 wins. With titles like Major League Baseball’s Senior Vice President of Youth Programs and Executive Vice President of Baseball and Softball Development, it’s easy to see where Tony’s heart lies. Tony is dedicated to our youth. Tony has overseen the growth of youth and amateur levels of baseball while expanding the efforts on a more universal level. “I grew up in Indio, and Davis Field was the place to be during the summer as youngsters,” Reagins said. “Everybody in the community was there every day of the week really. That’s where all your friends were. It’d be nice to see that again.” Tony has made that happen on a global scale.

“This is an area in which I have great passion and I am thrilled to have a chance to impact young lives in a positive way, grow our game and pass on the traditions of our rich history.”

Prior to becoming GM, Reagins spent six years as the Angels’ Director of Player Development, overseeing the seven affiliates in the Club’s minor league system. He served in that position when the Angels won their first World Series in Club history in 2002. He originally joined the franchise in 1992 and also worked in several marketing capacities before shifting back to baseball operations in 1998.

Reagins graduated from California State University, Fullerton with a degree in marketing. In the past several years, he has served on the Board of Directors of the Boys & Girls Clubs of Coachella Valley.

On his role with Major League Baseball:

On working with kids:

“That’s what baseball is all about. It’s a kid’s game. There’s an innocence to it. I’m just excited to be able to touch lives. If we can offer baseball to all kids in all communities, you can’t lose with that. We can’t wait to hit the ground running. We already have a number of programs in place that we plan to build upon. We just can’t wait to get started.”

On being a part of the community:

On the opportunities for kids:

“We have to keep in mind that the kids are still kids. I think they still have to go through life’s experiences, but it’s important to give them the opportunity and to insert knowledge at the same time. Knowledge is king. If we can educate and give these kids an opportunity to gain that knowledge — about not only the game of baseball but life in general — we’re ahead of the game.”

Tony has done so much for the Coachella Valley and children around the world through his positions in MLB. The lease we can do is help him here at home and provide opportunities for higher education for members of the Boys & Girls Clubs.

My mother, Mary Alice Wilson, was an all-inspiring person. One of the things that inspired me about my mother was first and foremost her love for her Lord and Savior Jesus Christ! She was also inspiring to what has to be thousands of Thomas Jefferson Middle School students over her 28 year career at the school as a confidant, mentor and protector. Not only during school hours, but as a band and cheerleader chaperone for parades and other weekend off-campus events. Her caring personality and firm demeanor made it easy for people who came in contact with her to gravitate to her. There are a million and one things that I miss about my mom, the beautiful and wonderful person that she is but if I had just another five seconds with her I would hug her as tight as I could and just tell her I love her one more time. Keeping her memory alive is so important to me for all the lives she has touched over her lifetime I know she would want to touch just as many if not more in death. I love you mom.

My dad used to drop me off and pick me from the club on a weekly basis. He was big on being a positive role model for all the kids of Mecca Vineyards Apartments during the 70’s and 80’s. I don’t think he realized it but he did it. He lives through me in the love I have for the children of our community and the passion I have in making sure they are afforded equitable access to opportunities. After I completed graduate school I wanted to celebrate by giving back to the organization that helped mold me. I decided to contact my friend of over 30 years, Robert Haynes. He suggested we raise money for Tony’s foundation. His mom Mary Alice and my dad were great friends and have similar legacies. They are gone but will never be forgotten. Not because of what they did but because of who they were. I am happy to keep my dad’s memory alive by helping facilitate this event and am grateful to all who are involved. Each person has donated their time to help raise money for the Tony Reagins Boys & Girls Clubs of Coachella Valley Alumni Association Scholarship Fund. I am truly blessed and amazed.

We are currently awaiting the finalization and release of our very first single, Rootsy Roots, sometime in August. It’s a “rootsy” song, LOL pardon the pun, geared at paying proper respect and homage to the forefathers of reggae music, Bob Marley and The Wailers among them, and their conscious message of peace, change and revolution. All while recognizing that we’re a bunch of guys from California and proudly paying respects to our “roots” here in the Coachella Valley, which is HUGELY important to us. The song has a couple of big name reggae artists featured on it, and we’re extremely proud and grateful for the collaboration. I really think people, especially reggae lovers, will like it.

Additionally, we’re expecting to release our first EP, sometime hopefully in late September/early October. It will be a self-titled EP with 6 tracks including, “Rootsy Roots”. The music was recorded and produced by none other than our brother, the great E.N Young of Roots Musician Records. The single and EP will be distributed under the Roots Musician Records label. We are beyond grateful to E.N for not only his work on the album, but his guidance and mentoring. We’ve become great friends and just vibe with him so easily and creatively. He gets and understands the exact direction we are trying to go with our music. He’s a huge blessing.

Mozaiq has been quite busy, not only with the album, but also with performing throughout the valley and beyond. We’re trying to hone our performance and offer a more polished show in the coming year. In doing so, we’ve formed some great friendships with a lot of great bands and artists from out of the area. Lots of exciting stuff is being talked about, but we’re being patient to see what manifests in the coming months.

We are also beginning to write our next batch of songs for our second EP which we’re hoping to release late in fall 2018 or early this coming winter.

Fresh off receiving the Coachella Valley Music Award’s Pioneer Award, the Cancinos continue to show the way. Bohmeio includes Chad Cancino on vocals and bass, Ruben Cancino on keyboards and vocals, Mike Cancino on drums and vocals and Manny Torres on guitar.

Bohemio continue to perform live throughout the Coachella Valley and are also products of the Boys and Girls Club in Indio.

Right now, I am reorganizing the band and writing for the new record as I have begun the recording process with my longtime producer, Sean Hoffman. We have welcomed Calvin Williams (Eevaan Tre, Shaken Not Stirred) into the fold as our new guitar player and still auditioning for a new drummer. I am currently working on an international tour to support the next release which is due in 2019. Our next show as a band is 9/24/18 at Palm Desert Civic Center Park.

Working to be a successful icon in your city starts with the people in it. You have to show that you’re worth the interest and what better than putting together fundraisers. To give back to organizations who provide for the city and the kids.

I’m currently working on a new EP called “She Gots Me In My Feelings” which we are mid-way through. Not sure on a release date just yet. All recording is being done by Xon. I’m excited about performing alongside Mozaiq, Courtney Chambers and Bohemio. It’s gonna be fun and different. It should be a very interesting crowd.

It was a no-brainer to be a part of this event. The Boys and Girls Clubs do such much for the community and I’m honored to have this opportunity to help give back. To help us understand the importance, I quote Coretta Scott King, “The greatness of a community is most accurately measured by the compassionate actions of its members.”

The Dedicated Collective is steadily working and releasing designs. We are currently in our summer collection with releases every month, and our fall collection will be releasing in September. Our vision has not changed. We are the dream chasers. We dream so we can create, we create so we can inspire.