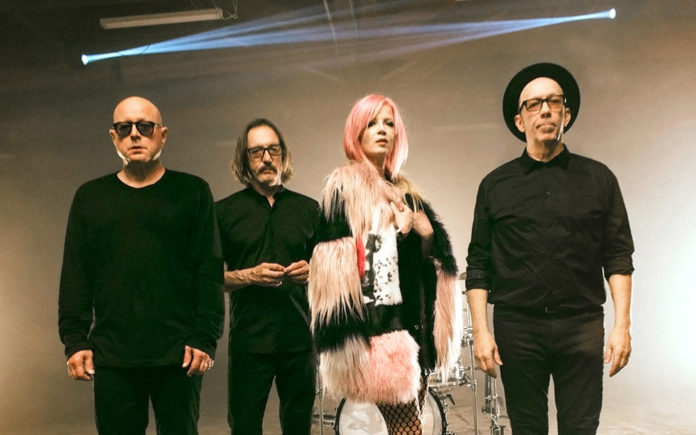 An Interview with Butch Vig

Garbage was formed in Madison, Wisconsin, in 1993 by renowned producer and drummer Butch Vig, guitarist/keyboardist Duke Erikson, and guitarist Steve Marker. Butch, Duke, and Steve had worked together in many capacities early in their careers. They were in many bands together, including, Spooner, and even started world famous Smart Studios together. By chance, they came across a video on MTV’s “120 Minutes” by a Scottish band called Angelfish. The singer impressed the 3 of them so much, they invited the singer, Shirley Manson, to fly to Wisconsin and sing a few tunes for their newly formed band. After the sessions, it was apparent these musicians were destined to make great music together.

Garbage’s first album, Garbage, was released on August 15, 1995. It was an instant success. The album included hits “Vow,” “Only Happy When It Rains,” Queer,” and “Stupid Girl.” The plan was for there to be a small tour so Butch and Steve could get back to work at Smart Studios, but the success of the album turned those plans upside down. The band ended up touring 18 months. Just after touring for Garbage, the band started work on their sophomore effort. Version 2.0, the bands second album, was released in May 1998. This album included the hits “Push It,” and “I think I’m Paranoid.” Rarely does a bands sophomore album have the success of a first album (the sophomore curse), but Version 2.0 defied the odds and reached No.1 on the British charts and 13 on the Billboard 200.

After critically acclaimed Beautiful Garbage (2001) and Bleed Like Me (2005), the band decided to take an indefinite hiatus. Though the hiatus was briefly interrupted in 2007 with the release of their greatest hits album, Absolute Garbage, it wouldn’t be until May 2012 that Garbage released a new album. Not Your Kind Of People reached 13 on the Billboard 200. Strange Little Birds was released in 2016 and reached 14 on the Billboard 200. Garbage just wrapped their co headlining tour with Blondie titled Rage and Rapture tour. They will be playing a headlining show at Fantasy Springs Casino on Friday, September 15, 2017. We were privileged enough to chat with Butch Vig ahead of the show.

Coachella Valley Weekly: What was the music scene like in Madison in the late 70s and early 80s?

Butch Vig: “The music scene was very vibrant like in many small communities. There was a healthy indie scene. Rock, New Wave, and Punk. I think that was a reaction to frustration with what was being signed to major labels and being played on major radio. It was a big DIY mentality. You didn’t have to be an expert at an instrument to play in a band. We got caught up in that. Steve and I started Smart Studios and had work right away. There were so many bands and so many places, little clubs, and all ages venues. Madison was a college town. That helped get us a lot of work very quickly.”

CVW: Was that the motivation to open Smart Studios?

Vig: “That was part of the reason. Steve and I were geeks in terms of audio equipment. We were recording in our basements. We wanted to start a studio because we loved recording and making music. We wanted to have our own clubhouse too. Part of it was to record our own music, not necessarily other bands. We were lucky that the scene was really active at the time. We had a lot of bands come in at the time. We were able to slowly able to buy more gear… more microphones, different consoles… we moved from 8 track to 16 track to 24 track over a couple of years. A lot of it was because there was a need for it. A lot of bands didn’t have that outlet until Smart started.”

CVW: You’ve produced so many amazing bands including Killdozer, Nirvana, Smashing Pumpkins, L7, and Helmet. How did you get started in production? 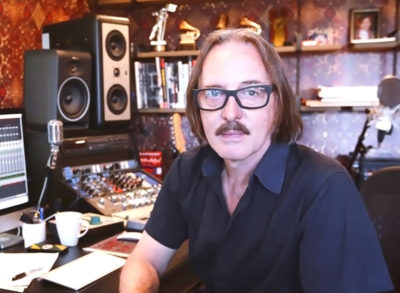 Vig: “I went to film school. While I was doing that, I played in bands. I started a band with Duke Erikson called Spooner. We were sort of a new wave garage pop band. We took it upon ourselves to make our own albums. We had to. They were on indie labels, so we had to scrap money together and go to local studios. When I was in film school, I took four semesters of electronic music and got totally hooked on recording sound, not necessarily writing music, but editing sounds and mixing noise with music to build the texture. I was always fascinated with that. When we started the studio, I looked at it from a technical stand point. I was primarily an engineer. I had a musical background. I played piano, and had been playing in bands… high school and rock ’n’ roll since I was 13 years old. When I started recording punk bands, I just had opinions on making a song sound better. I didn’t know what a producer did. Some bands started telling me, ‘we’re going to give you a producer’s credit.’ I said, ‘okay, whatever that means. If you want to give me one, that’s fine.’ I didn’t seek it out. I was just trying to get records made. Producers give opinions, and they listen to my opinions.”

CVW: Do you enjoy producing and playing music equally?

Vig: “I do. I’m lucky I’ve been able to do that my entire life. I was a drummer and playing piano before I started producing. I’m lucky I can still do all of those things. When I produce for another band or artist, I have to remember that it is their vision. My job is to help them achieve that vision. That’s a totally separate thing than when I’m in a band. It’s my band and my vision. I love that I get to do both those things.”

CVW: What’s your most memorable story while producing a band?

Vig: “Man… there are so many. Every band is so different. One of the most difficult records to make and probably the one I’m most proud of was (Smashing Pumpkin’s) Siamese Dream. Billy Corgan and I set the bar really high before we recorded that record. That was done before computers where you could fix everything. It was all done on analog tape and some of that record is very, very dense and complicated. The band was quite dysfunctional at the time, so it was hard to get through a day psychologically sometimes. We would focus on what we wanted to do sonically. It was grueling, but I still think it hold up to this day. It’s got a sound to it and a vibe to it. I’m really proud of that album.”

CVW: Can you tell us a bit about how Garbage formed?

Vig: “Duke and Steve and I had been in bands together, and then we started the studio. I started doing remixes for other artists in the early 90s like Depeche Mode, Nine Inch Nails, U2, Alanis Morissette, and Beck. When I would do a remix, I would keep the vocals and erase all the other music on the track and record all new bits of music. I would bring in Duke and Steve to play on those remixes. That was the musical sensibility that drove us to start Garbage. Steve saw Shirley on 120 Minutes. They played her band Angelfish’s video once. He happened to record it. He brought in the VHS and played it. We were blown away at how good her voice sounded. We called her up in Scotland. She was doing the dishes. We invited her to Wisconsin. It was a slow courting process, but she came a couple times. The second time she came to Madison, the song ideas really clicked in. We wanted her to write and actively be a part of the band. I don’t think she really knew that the first time she came to Madison, but the second time she came back, one of the first days in the studio, she sang ‘Queer,’ and ‘Vow,’ and Stupid Girl.’ They were all pretty quick takes. She figured out what she could do with the band. We didn’t look back man! That was 20 years ago. We’re still moving forward which is great.”

CVW: Were you surprised by the success Garbage had right from the beginning?

Vig: “I was. I wasn’t prepared for it in the sense that I didn’t expect Garbage to be a full time band. I planned on putting a record out and doing a little bit of promotion and see what happens. I was going to go back to producing full-time. Garbage took off. We went out to do a 6 week tour, then it was ‘can we add a couple weeks on to the tour? The record’s doing really good… Can we add a couple months on? The records doing great.’ we kept saying yes. All of a sudden, we’re on tour for 18 months and gone all over the world. It was exciting. The record took off, and I liked being in bands. Duke and Steve were two of my best friends, and Shirley became our crazy little sister in the band. We are really close as a band. I think that’s why we decided to stick with Garbage full-time. It was creatively interesting and a lot of fun.”

CVW: What are your favorite songs to play live?

Vig: “I usually like playing the newer stuff because it’s fresh sounding. The older material, I still like playing ‘Push It,’ that’s one of my favorite Garbage songs ever. We’re playing a couple songs from Strange Little Birds. We’re playing ‘Even Though Our Love Is Doomed,’ ‘Empty,’ and ‘Blackout.’ We started playing a new track we released this summer called ‘No Horses.’ I love playing ‘No Horses’ because it’s new and the lyrics are really pertinent to what’s going on in the world around us.”

CVW: Are there any surprises or rarely played songs on the set list you can tell us about?

Vig: “There may be a couple on the show on the 15th (Fantasy Springs Resort and Casino). I just read an email that Shirley sent. Shirley suggested 3 or 4 songs to put into the set list. We don’t have any rehearsal time before the show, but we do have a long sound check that day. I don’t want to tell you now in case we can’t work it out during sound check, but we’re hoping to bring out 3 or 4 deeper tracks.”

CVW: Strange Little Birds was just released a year ago, but are you guys working on any new music for a new album?

Big: “We are. We worked on 4 or 5 song ideas back in the spring. One of those became ’No Horses.’ We decided to just go ahead and release it because the lyrics were very pertinent to right here, right now. We’re going back into the studio in the fall and probably work on new material in the spring, but we’re slowly working on another album. I hoping we’ll get it out late summer or early fall of next year. We’re definitely making another record. We’re in the early stages, but we like what we’ve come up with so far.”