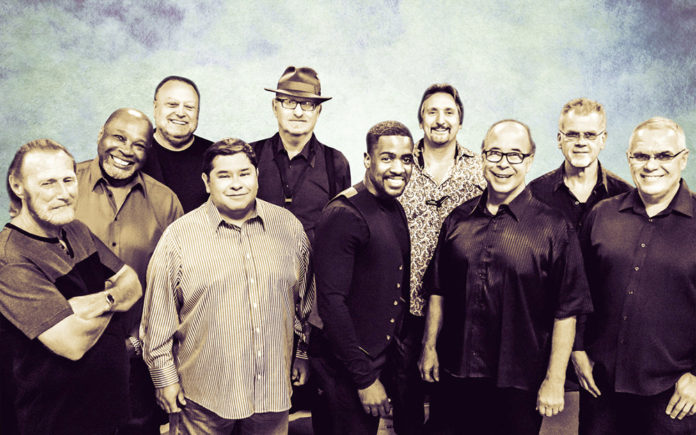 It was the year after the Summer Of Love. The bay area was known for the hippie movement and all of the rock and jam bands who are synonymous with the movement. This is where The Grateful Dead were made famous. This is where the legendary Monterey Pop Fest was held. This is the movement that shook the Earth in terms of music and art. Across the bay in Oakland, there was a different style of art and music happening.

Oakland was geographically very close to Haight-Ashbury, but culturally and sonically it was different. Oakland was more rebellious. The focus wasn’t as much on love. Soul and funk were the norm in the east bay area. Out of this culture rose the amazingly talented horn driven soul band Tower Of Power.

In the summer of 1968, Emilio Castillo and Doc Kupka formed the band The Motowns. The quickly started booking numerous gigs in Oakland and Berkeley, but couldn’t get their foot in the door in San Francisco. They soon realized a band named The Motowns would have a hard time getting gigs at venues like The Filmore, so they changed their name to Tower Of Power. This move worked, and helped seal the fate of the band.

Tower Of Power has been a non-stop force in the music industry since their beginnings. The horn section has backed a ton of bands on tour and in the studio. They’ve backed Otis Redding, Elton John, Santana, Grateful Dead, and many others in the studio. They’ve toured with countless bands including backing Huey Lewis and The News on the Sports tour. On Saturday, September 30, Tower Of Power will be performing at Spotlight 29 Casino in Coachella. Emilio Castillo chatted with us ahead of this tour stop.

Coachella Valley Weekly: You guys formed in the Bay Area shortly after the Summer Of Love. What effect did the hippie movement have on you if any at all?

Emilio Castillo: “A pretty huge effect on us. We were razor cut little vatos wearing suits and doing steps in a band called The Motowns. I met Doc (Kupka) during an audition for the band, and he was the first hippie that we ever met. After we met him, we all started growing our hair long and wearing hippie clothes and changed our name to Tower Of Power to get into The Filmore. That turned into being very fortuitous. Bill Graham signed us to our very first record deal because of that.”

CVW: Was the soul scene as vibrant in the bay area as the hippie scene?

EC: “The soul scene was huge on the East Bay, but nowhere near as big as the hippie scene. The hippie scene at that time was a nationwide or world-wide focus. Media from all over the world covered Haight-Ashbury to get a glimpse at the hippies and the movement. The soul scene East Bay was very strong, but nothing like that.”

CVW: Was the idea always to have a vast and strong horn presence in Tower Of Power?

CVW: With the vast amount of artists you’ve backed, who are some of the stand outs for you?

EC: “Well there’s been a lot. The Elton John sessions were very famous. I think it’s some of our best work. I get more comments on the Little Feat records that we did; especially Waiting For Columbus. That live album we did with Little Feat in London was really acclaimed. It put them on the map. They made the cover of People magazine with that record. We had a real kinship with them as a band. We used to call them ‘the masters of slow funk,’ and we were ‘the masters of fast punk.’”

CVW: Through the years you’ve mainly stayed true to that soul sound with brief forays into funk and even disco. Did you enjoy changing the sound up a bit?

EC: “Actually, we never really changed our sound up at all. When the disco thing came out, we were urged by the record company to redo an old soul song disco style. We were given a lot of money and we wanted to please them. Of course we tried but, we always came out sounding like Tower Of Power. When we tried to please someone else and redo something else, it always came out like a bastardized version of us. Very soon after that, we learned to stay true to ourselves and make music exactly the wayne wanted it. Funk was never a departure for us. We were playing funk since we were teenagers, and funk is just a part of soul music. We’re a soul band and the reason we don’t classify ourselves as exclusively funk is because we play ballads and shuffles and medium tempo love songs. We cover the whole genre of soul music which includes funk.”

CVW: Are there any deep cuts or rarely played live songs on this tour?

EC: “Currently we’ve been playing 3 sets. So we have three 90 minute sets we rotate. Of course there’s the songs we have to play, but two thirds of the set is different each night. We’re getting ready to start injecting new songs from the new record. We play a lot of the obscure Tower Of Power stuff as well as the well-known stuff.”

CVW: Which songs do you enjoy playing the most?

EC: “Well, my favorites to play are ‘Only So Much Oil In The Ground’ and for a slow one, ’Time Will Tell.’”

CVW: What are you listening to most right now?

CVW: Tower Of Power is approaching its 50th anniversary. Are there any surprises you have in store?

EC: “We’re doing a big anniversary concert that we are going to be filming. We are selecting specific members from the past. We are not going to be inviting everyone. We did that for our 40th. This time we are going to try to augment the band maybe with some strings and extra girls singing and key players from the bands past. We’re going to see how it plays out. We’re still organizing.”