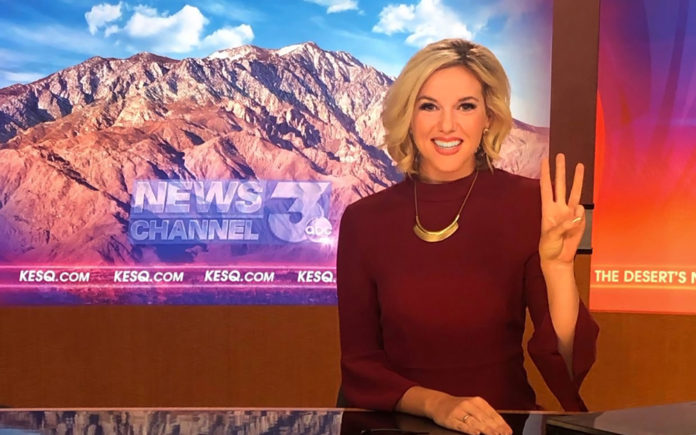 Whether it’s clear blue skies or thundering rainstorms, Haley Clawson is always there to deliver her seven-day forecast to get you ready for the week ahead. Working as the Chief Meteorologist for KESQ News Channel 3, Clawson has become more than just a familiar face on the television screen, but also a reliable source for weather updates and news to many Coachella Valley residents.

Before making herself at home as part of the KESQ news team, Clawson nurtured a love for science away from the desert. She was born in Biloxi, Mississippi, and grew up in the town of Davie, Florida. Clawson later attended Mississippi State University [MSU], following in the steps of her relatives.

“My sister and brother-in-law strongly influenced me to consider their alma mater [MSU]. After touring the campus I knew that was the school for me,” said Clawson. “My sister has always been a big role model in my life. We’re 18 years apart so she has the insight into what I am going through at various life stages.”

As a university student, her course work consisted of science, math and communication. She later graduated with a Bachelor of Science in Geoscience with a concentration in Broadcast Meteorology.

Clawson cites growing up in the hurricane-prone environment of southern Florida as greatly influencing the direction of her career path.

“My original plan was to join the United States Air Force after college to fly with the Hurricane Hunters. During my college years, I discovered the conversational education to the public was something I enjoyed,” she explained.

The budding meteorologist got her first experience in the field while interning at Florida stations like WFOR in Miami, and WFTX in Ft. Myers. She eventually relocated to Abilene, Texas, where she landed her fist position as a weekend meteorologist and multimedia journalist.

An important phone call is what made Clawson decide to make the Coachella Valley her new residence, with the promise of exploring a whole new environment that she knew nothing about.

“Bob Smith, the former News Director of KESQ, initiated the conversation in my transition from West Central Texas to Southern California. The opportunity to live and forecast for a location I had never been to, or heard of, was very appealing to me,” said Clawson.

Accepting the new position, she moved to the Coachella Valley in December of 2015, and it has quickly become one of her favorite places. 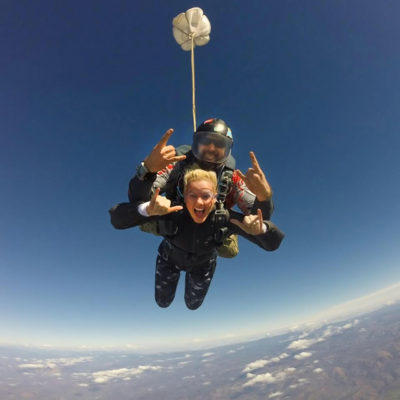 “Travel is a huge part of my life and this location offers a lot of chances for adventure. The proximity to the border, the beach, the mountains and anything you can think of just can’t be beat!” exclaimed Clawson about her desert home, which she shares with her rescue pitbull mix, Tex.

Becoming the Chief Meteorologist at KESQ has been a thrill for Clawson, as she describes the best part of her job as being able to talk about science everyday—enabling her to share her passion and knowledge with her audience.

During the last few years, she has witnessed firsthand how the nature of her profession affects the community, becoming the highlight of her career so far.

“A moment that continues to stick with me is covering the Blue Cut Fire in August 2016. I was reporting from the fire lines on the current conditions and how the weather would influence the flames. Seeing the team effort of ground and air crews to battle the flames and protect the community was inspiring,” said Clawson.

It is those kinds of experiences and stories that have reaffirmed Clawson’s belief that she is in the right place in her career, as the Coachella Valley has provided her with more opportunities than she had anticipated.

“I have come to learn that market size does not matter to me anymore. I am far more concerned about location and quality of living… My goal would be to continue doing what I love and to not settle for anything less,” she stated. 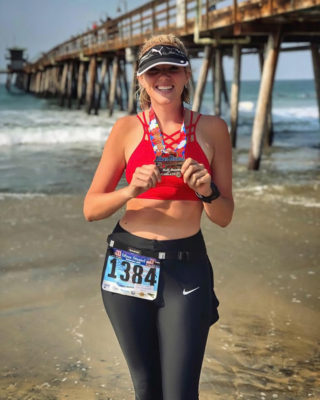 “Growing up on the water, I fell in love with fishing and scuba diving. Hiking and rock climbing have taken over since moving to California. I’m also a member of a local triathlon group, Salton Sea Triathlon Club, and am currently training for a full Ironman,” she shared.

Clawson continues to foster her passion for science and community outreach, even founding the nonprofit organization, STEM-ing Careers, in 2017 with other local women to support Coachella Valley girls pursuing an education in science, technology, engineering, or math. Their first fundraiser, a 5K walk/run, was a success and scholarships will be available later this year.

Even as she continues to successfully make a name for herself as part of The Desert’s News & Weather Leader, Clawson only hopes to remain happy in her position and proud of her accomplishments. She has learned to not worry about the “what-ifs” in life, and to focus on the present.

“It will all work out. It’s still something I have to reaffirm to myself when something doesn’t happen the way I would want or expect but… it will all work out, it always does,” Clawson said. “I’m really excited to continue exploring this beautiful state. Many adventures are in the works.”