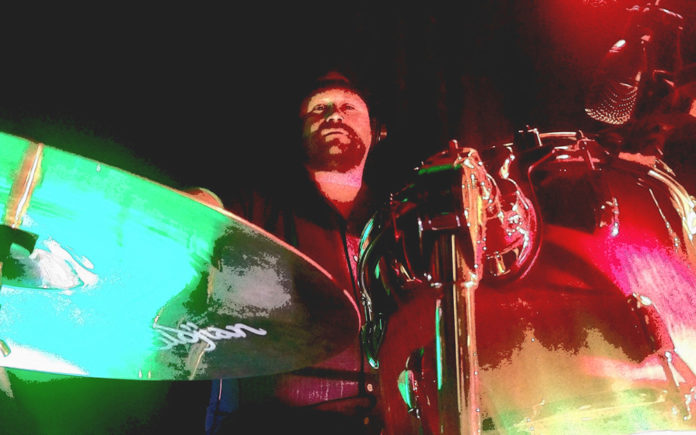 Josh Ballard is best known for being the drummer in the bands Hollace, Burning Bettie and his first band, Wasted Sobriety. He started playing music when he was 15, first the drums and then guitar, bass and keyboards.

Since the passing of Hollace frontman, Alex Antonio Perez, a year ago, the band went their separate ways and Ballard is doing solo projects. He says it’s still too hard to talk about Alex as they weren’t only band mates, but Ballard actually married Alex and his wife Jennifer a few months before he died.

Ballard also lost his Dad and Alex within a few months of each other and was going through a stressful living situation. “I miss them both! But, I’m surrounded by good people and have a great vision for the future. Fuck Cancer!!!” said Ballard.

With Ballard’s new attitude and lease on life, he lost 80 pounds and has a new girlfriend, it’s apparent that he is determined to have a bright future.

Not only does he write his own songs, he also records, mixes and masters them himself at his home studio, which also serves as a practice/rehearsal space.  “I write with my piano or guitar, find the progression, verse, chorus, etc. and then write the words. Once it’s all done I record every track myself one by one; guitar, bass, keys and drums,” said Ballard.

“I’m doing a project in tribute to another friend of mine Paul Borne. He passed away a few years back and I remember 35 of his songs. I’m almost half way through recording them all. I am working on recording my own songs as well,” shared Ballard.

This project is a little different from playing in his previous bands.

“Russel the Bear Band is all Paul Borne’s songs,” said Ballard. “They are a mix of Surf/punk and classic rock and a few slow ones. It’s his lyrics that really stick out though!” 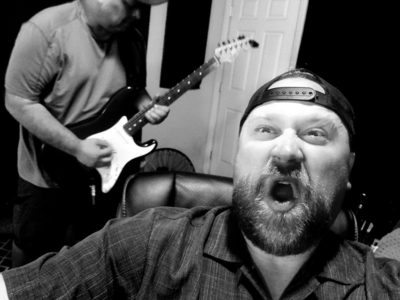 With so many ups and downs recently I asked him what has been the most exciting point of his musical career so far.

“I’d say it’s a collective of all the amazing bands I’ve been in! I’ve had some great talented players in my life and they all have taught me something along the way!”

“I saw Mega Sun last year at a CV weekly event and was blown away. Tyler (Ontiveros) and I were in other bands and played shows together in the past. I asked him if they wanted to come over to my studio and record and jam and they pretty much fell in love with me!” Ballard shared laughing. “Now I can’t get them to leave me alone! They are really good dudes and great musicians! Except for Jeremy Parsons. I’ve heard better,” Ballard shared with a wink and an inside joke a brewing. The love and comradery between the Mega Sun band members and Ballard is obvious.

Ballard says his main influence is, “Queen, hands down!” His favorite drummer is Todd Sucherman, the current drummer for Styx, who he says is a beast.

In the music business he most respects Dave Grohl.  “Just ask yourself, ‘What would Dave Grohl do?’” Ballard said smiling.

His Musical goals for 2019 are: “I want to release a Russell the Bear Band album! Possibly get a band together to  do some live shows! I’ll be playing at Plan B this Thursday with Mega Sun and Captain Ghost! Its going to be a good night with great bands! Come on out! Thank you so much to CV weekly too! You and Phil do so much for this little music community of ours and WE ALL can’t thank you enough!!!!”