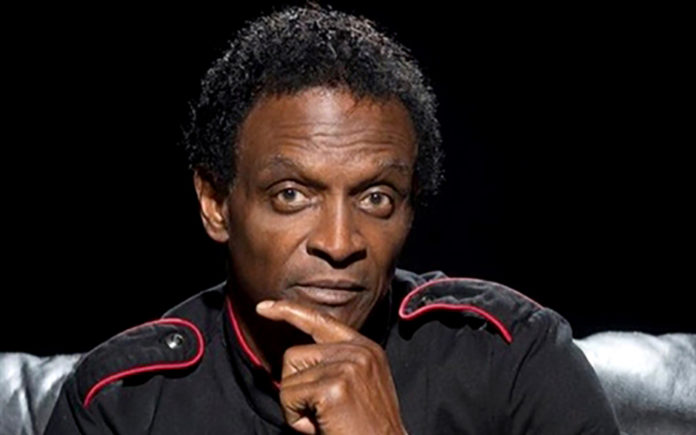 At the ripe age of five, prodigy Alvin Taylor began what would become his lifelong passion: playing the drums. Less than a decade later, Rock and Roll Hall of Famer Little Richard heard Taylor playing by chance at the Biltmore hotel where Taylor bussed tables, and to make a long and incredible story short, insisted he become his band leader. This was no ordinary 18-piece orchestra that Alvin Taylor led. This one boasted Jimi Hendrix on guitar and Billy Preston playing the organ. Thus Taylor’s professional career commenced. With such accomplishments under his belt as opening for Elvis Presley, playing in the Eric Burdon Band (of the band War), playing on the first ever airing of Saturday Night Live back in 1975, living with ex-Beatle George Harrison in his castle to play on his album Thirty Three &1/3, and playing drums on albums of more talented and famed musicians than we can name for the sake of brevity, Alvin Taylor’s life sounds less like the story of a Palm Springs native who grew up on an Indian reservation and more like the imaginings of a creative child conjuring up their dream life as a drummer. As we count down the days until we award him with the Lifetime Achievement award at the CV Music Awards this Sunday, July 23 at the Riviera, here is how that five-year old banging on his drum kit became the legend we all know and revere.

Alvin Taylor: “There’s something about the thunderous sound of drums that seems to be linked directly to my heartbeat. For me, it’s truly a heartfelt instrument.”

CVW: How did you find your way to playing with Little Richard at age 14? 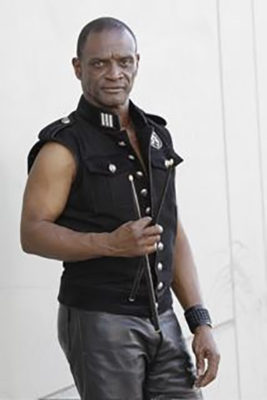 AT: “I happened to be working as a busboy at The Biltmore Hotel, and occasionally, I would jam with the band called The Soul Patrol. One night, Frank Sinatra, Sammy Davis, Jr., Little Richard and Billy Preston all walked in together and grabbed a table up front near the band while I was playing. Frank Sinatra and Little Richard seemed to be excited, pointing and making gestures towards me. Apparently they liked seeing and hearing me perform. This was abundantly confirmed when a man named Candi Hunter met me in the kitchen and said that Little Richard wanted to meet me. The next thing I know, I was face to face with Little Richard, and him asking questions about my age and how he could reach my mother. He told me he wanted me to be his drummer. Next thing I know, to make a long story short, is I ended up in Las Vegas as Little Richard’s band leader, with an 18 piece orchestra, with Jimi Hendrix playing guitar and Billy Preston playing organ, and of course, with Little Richard playing piano and our lead singer. We were the opening act for Elvis Presley at The International Hotel in Las Vegas. That was the beginning of many doors that opened for me.”

CVW: Can you tell me about one of your most impactful early experiences with players like Little Richard, Jimi Hendrix, Elton John, and Eric Burdon?

AT: “The most impactful experience that I had was with George Harrison of The Beatles, recording the album titled, THIRTY-THREE AND A THIRD, while staying in his castle at Friar Park, Henley on Thames. He was the most amazing person that I ever met.

Then, I would also have to say another great experience of mine was working with Eric Burdon, performing live on The Midnight Special and Don Kirshner’s Rock Concert, touring the United States and Europe. Eric taught me a lot about performing live, how to get the audience’s attention while performing live.

Another impactful experience was performing with Billy Preston on the very first Saturday Night Live, with George Carlin as the host in 1974.”

CVW: What are some of the main principles you’ve learned over the years regarding being part of the music industry for those looking to make a career in music today?

AT: “One of the main principles that I’ve learned is to encourage anyone and everyone who has a desire to make music their lifetime career. Whether they sing out of key, or play out of tune, they may one day become the best artist that planet earth has ever known. So basically, I’ve learned to be nice and kind to everybody because one day, when I don’t have a job, that person might hire me!”

CVW: Can you tell me about the work you are doing with music kids in our community?

AT: “I spend a lot of time working with students because I believe kids are our future. And if I could share with them some of the things I’ve learned, they have a better chance at developing those skills and techniques at an early age.”

CVW: Tell me about your nomination for the star on the Palm Springs Walk of Fame.

CVW: Let me know about other upcoming projects or events you might want to mention in this. 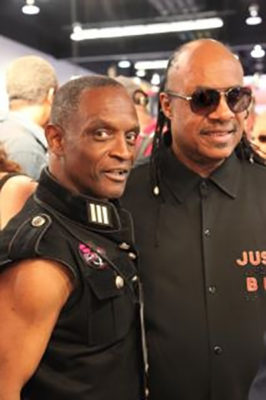 AT: “I have developed a very close relationship and ties with my friend the famed and legendary producer Ronnie King. He and I have a partnership together where we do artist’s development. Unfortunately today, record companies don’t do artist’s development anymore. Ronnie and I have both agreed that this is a missing ingredient in the music industry. Back in the day artists were thoroughly developed for the task of entertaining and we believe that it should be the same today. I recently completed an album with Rick Plester who had a band called Black Symphony with former lead singer Blaze Bayley for Iron Maiden, A.J. Pero, drummer with Twisted Sister, who is now deceased and John Moyer, bass player with one of the world’s most famous bands, Disturbed. Rick Plester and I have an album coming out this summer called The Trees. I’m in the studio currently producing Ty Brody, known as The King’s Son, from Antigua, who I met in the Caribbean. We became close friends and are now working together. I am doing a benefit show for the Palm Springs Historical Society titled, ‘A Night with Alvin Taylor.’ This show will be presented in January of 2018. Tickets for the event will be announced. We will also be putting on a show to raise funds for the ceremony and maintenance of my star. And there are many other ongoing projects with many artists and producers.”

We are honored to celebrate this esteemed and insanely talented musician on Sunday at the CV Music Awards Ceremony. We’ll close with some parting wisdom from the man himself – sing out of key, play your instrument out of tune, but sing, and play. You never know, one day you might get to hire Alvin Taylor to play drums for you.