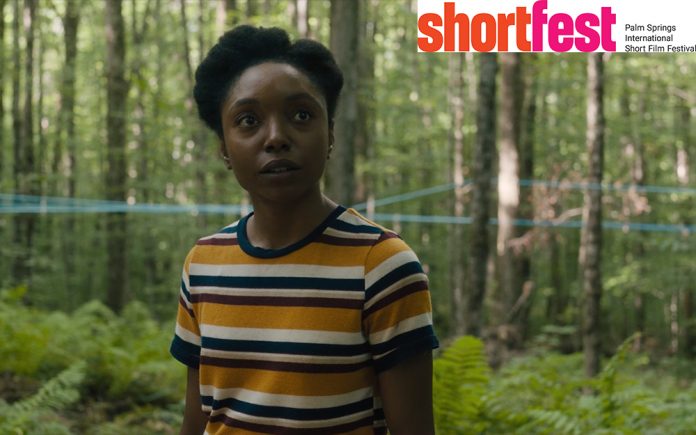 The 2021 Palm Springs International ShortFest is bringing audiences back to theaters to view a slew of fantastic short films from around the world. Inheritance is part of the “Beneath the Surface” program playing on Friday, June 25, where each film focuses on the theme of stories, even if they are encouraged or denied. The 14-minute short marks Annalise Lockhart’s writing and directorial debut.

Inheritance follows a Black family in rural Vermont as they attempt to live a life of solitude while coping with the ghosts living on their property. The film is in the running for Best U.S. Short, in addition to also being screened at the Oscar-qualifying Atlanta Film Festival and RiverRun International Film Festival.

Lockhart has been working in film for six years. She has worked extensively as a 1st Assistant Director on projects such as Random Acts of Flyness (HBO), The Assistant starring Julia Garner, The Fits, and Chained For Life. The Brooklyn-based director’s father inspired her to get into the field from a young age, as he was a playwright. She feels very lucky to have had a family that supported her career in the arts so early on, and recognized that it was a viable profession. She was inspired to write Inheritance by her mother’s house in rural Vermont, which is the house where the crew actually shot the film.

“I had so many fond memories of disappearing into the woods surrounding the cabin, feeling that when I was there I could truly escape and be alone – almost invisible. This was in stark, stark contrast to the life we normally led in Brooklyn, where I was always aware of being watched or scrutinized. I wanted to tell a story about a Black family fighting for their hard-earned home, while addressing the ways stereotypes from the ‘real world’ can follow us into the ‘natural world.’ This story is an ode to that place, as well as to the fantasy I’ve held since I was able to capture that feeling as a child: What if we could disappear? What if we had control over how and when we are seen?” explained Lockhart.

After Lockhart wrote the short, she brought some close friends and collaborators together and spent five days shooting it. Inheritance was shot right before the pandemic started, in August 2019. Post-production was done through the pandemic, however, and that caused a stall in the process a bit.

The film touches on themes of the legacy of settler-colonialism, modes of survival, family, and invention. “Without any spoilers, I want audiences to come away from the film as a snapshot in this family’s life, and their choice at the end is a jumping off point for them. If their story were to continue, they would find a way to defiantly live freely out in the world. To create, to explore, to grow, that is my hope for all of us,” said Lockhart.

The short film had its share of difficulties while filming. The cabin is in a remote location in Shrewsbury, Vermont, up in the mountains where there is no cell phone service or Internet. To make calls, the crew had to drive down to the valley about five to ten minutes away, which were minutes taken away from being on set.

“The first days in prep were an adjustment, but once we were used to the mentality, it became a blessing. Everyone on the crew was there and present the whole time. The amount of focus was incredible. I think the coolest thing was the lead actors, Ron, Victoria, and DeLeon, getting closer and closer as we filmed. You always hope in casting that the actors will feel like a real family, but it was so great to see them just get super comfortable with each other. We’d often do a pre-action improv, just to get pieces of unscripted family banter. I am most proud of the performances,” stated Lockhart.

The uneasy atmosphere and eerie nuances of Inheritance are attributed to composer Evan Gitterman and sound designer Chris Foster. The score is unnerving, yet has the moments of pure hope and resonance. As far as sound design goes, Foster and Lockhart had a lot of fun coming up with the unique sounds featured in the film, as well as tuning it to the score when they overlapped. Lockhart believes that sound is so essential to science fiction and horror, and is very pleased with how both came together in the short.

Lockhart is currently developing a feature as well as directing a short film next month –both science fiction. To purchase tickets for the “Beneath the Surface” program on June 25, visit psfilmfest.org.