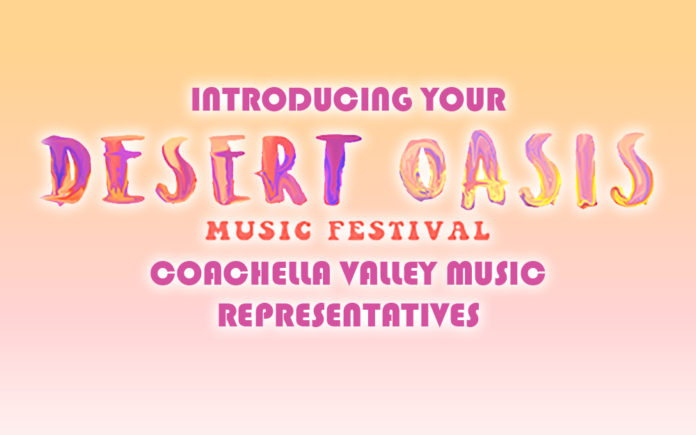 It’s common knowledge that Courtney Chambers is one of the hardest working artists in the desert. If anyone has earned a slot on this stage it is Courtney. She is excited at the opportunity to play a big stage in her backyard. “I love the festival experience and I’m honored to be sharing the bill with such great acts. We will be playing the festival as an acoustic trio, playing stripped down versions of my songs. I’m looking forward to seeing Damian Marley. I think the whole bill is fabulous and I’m excited to see as many bands as possible while I’m there.”

Courtney continues to promote her LIVE album, partially recorded at nearby Tack Room Tavern at the Empire Polo Grounds. In my view, her album, Tales of the Aftermath, has been her greatest achievement thus far. “Right now I’m in the writing process for my next record. I will be going back to the studio in early 2018.” I, for one, can’t wait.

Joining Courtney, guitar and vocals, will be Armando Flores on bass and Rob Peterson on drums and percussion. 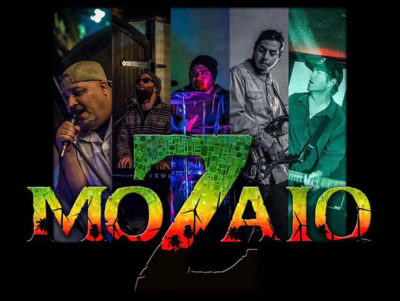 In early 2017, Mozaiq recorded two songs, “Without You” & “Forgiven,” at Imperial Sound Recording with distinguished producer/artist E.N Young (Tribal Seeds, Inna Vision, Arise Roots) of Roots Musician Records. They plan to return to the studio with E.N to complete their debut EP by the end of 2017 for an early 2018 release.

“Reggae is one genre of music that not only speaks about the truth in ‘the struggle’ but it offers a solution in its message of revolution and global awakening through peace, love and unity of ALL people, ALL races, ALL religions, ALL nations. ONE LOVE …that’s what reggae means to us and that is what we, as a band, feel we are called to do; glorify God through our music. All while laying down a deep groove that people can feel and move to. We choose Reggae music over other genres because of the consciousness of the message and the unity it endeavors to create.”

“The Coachella Valley is our home, and knowing that we’re loved and respected here means more to us than anything. We will take that stage on October 8 with the wind at our back and the desert on our shoulders; we are ready!” 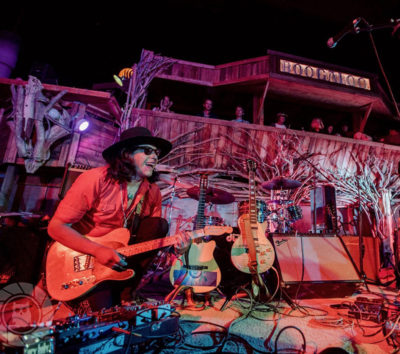 David Macias is the ‘Fastest Hand in the West.’ If you have been witness to his sleight of hand you will concur. David is a Mexican -born, American-raised musician from Chihuahua, Mexico. David has been active musically since 2009 after eight years of military service as a Hospital Corpsman in the United States Navy. I met him in 2013 as leader of Machin,’ a Spanglish jive mix of ska, reggae, cumbia, gypsy, salsa and dance music.

He continues to be known for his energetic performances that are filled with intricate and heavy acoustic guitar rhythms that blend rumba, reggae, mariachi, and Latin influenced grooves.

David is no stranger to the spotlight or big stage. He has performed with some of the most outstanding musicians in the world such as Ozomatli, English Beat, Fishbone, Metalachi, Voodoo Glow Skulls, Michael Bolton, Robby Krieger of The Doors and Mike Love. In 2014, David and Machin’ were selected by Goldenvoice to perform at Coachella Valley Music and Arts Festival. Presently, David can be found on any given Saturday night at The Hard Rock Hotel in Palm Springs hosting Global Lounge Sessions alongside producer and songwriter Esjay Jones where they showcase local and touring talent from all over the world.

I spoke with Rob Peterson, double-duty drummer and percussionist for both David and Courtney Chambers. “If nothing else I hope the attendees can expect some good music and a tight performance from us. I really like the music that David and Courtney write and I hope that the audience will too. I’m just stoked to be playing music with my homies. Both groups that I’m playing with consist of people that I really dig being around and hanging out with. The added bonus is that we get to play music together too.” 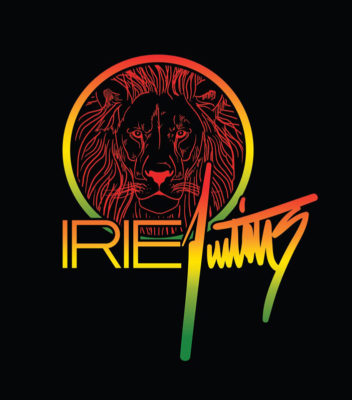 Irie Junctions are a roots reggae band formed in 2011 that includes Raymon Serrano on vocals, Danny Cedeno on bass, Alex Santana on guitar and Saul Ibarra on drums and background vocals.

As individuals they’re known as inspirational musicians and highly skilled performers. As Irie Junctions they create uplifting music for the soul, by spreading the healing powers of the ‘Most High’ through conscious reggae.

Irie Junctions has earned its reputation as a talented band though their live performances. They have earned the respect from many with their ‘Holy Ghost Reggae,’ a blend of roots reggae, dub, dancehall and lovers rock.

I’m looking forward to hearing “Armageddon” and “Let’s Love”. Irie Junctions are carefully piecing together their debut album and plan on its release in 2018. 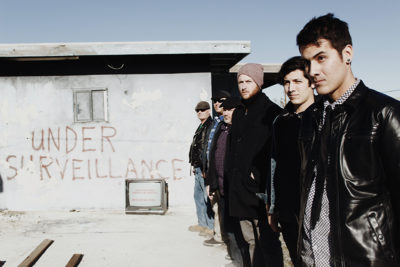 Spankshaft started as a punk-ska trio in early 2009, based out of Yucca Valley, California. Led by guitarist Brandon Simpson, they performed in every possible venue they could afford to travel to.

In 2013, they released Great Job, a 6-song EP, produced by Get Right Studios. The EP helped put Spankshaft on the map. Only 1,000 physical copies were produced but the album is available on iTunes, Amazon and streaming on Spotify.

The band has now grown to six members; Russel Waldron on drums, Brent Simpson on bass, Jason Underwood on sax, Bill Barret on trumpet, Joel Daniel on trombone and Brandon Simpson on guitar.

According to their website, their new full-length album, Beasts & Goddesses, will be available later this year. Recorded by Paul Francis of Get Right Studios, the album will be a 10-song masterpiece and has taken a year and a half to make.

RICH SHELDON AND THE MUTINY:

Rich Sheldon may not be a Coachella Valley native but after he and his band’s Desert Oasis Music Festival set he will be considered one of us, guaranteed! Hailing from Santa Monica, his modern Americana Roots Rock style is influenced by the jam band music scene and legends of the classic rock era like the Grateful Dead, Bob Dylan, The Beatles, Paul Simon and Bob Marley. “We are going to be doing original music in the genres of rockabilly, psychedelic rock, a little reggae and rootsy Americana songs with a 5-piece band.”

Rich is fired up about his participation in the festival. “Getting to see all these amazing musical artists perform and the experience of playing through the Desert Oasis sound system with a great line-up of musicians in our band ‘The Mutiny’ is the most exciting for me.” Rich is also mindful of the line-up. “I’m most interested in seeing Damian Marley because I’ve been a huge fan of his father’s music for years. It’s exciting to see the legacy of Bob Marley still thriving through his son.”

Look for new music from Rich soon. “Our band is releasing new music co-produced by our lead guitarist Doug Grean and myself on my website.”

Rich Sheldon is on vocals, guitar and on harmonica. ‘The Mutiny’ is Doug Haxall on bass and vocals, Ben Martin on drums and vocals, Doug on lead guitar and vocals and David Gorospe on keyboards.