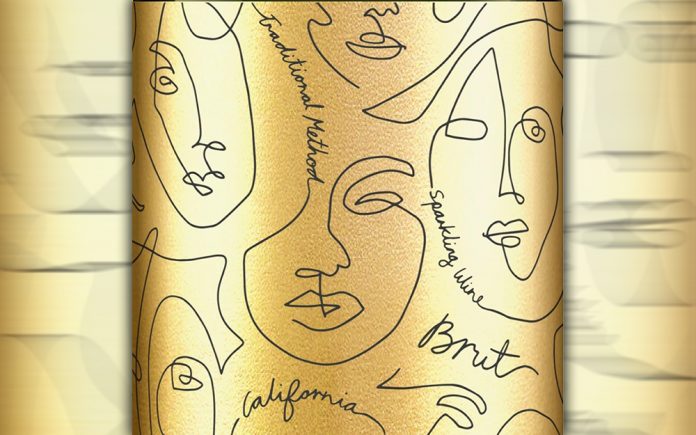 All right wine fans, not only are you in for a treat, but you are one of the first enthusiasts in Coachella to hear all about the new vibrant sparkler from Spain’s oldest producer of wines and Cavas with a history dating back to 1551.  Raventós Codorníu has just announced the launch of Incandesa Brut, their newest sparkling wine product from California.

Now for a quick background story: For you Spanish Cava lovers, I’m sure you recognize the Codorníu brand.  With nearly 500 years of history, Raventós Codorníu is the oldest winegrowing business in Spain, and one of the oldest in the world. Its enduring success has been built on an unwavering commitment to the core principles of great winemaking: respect for the land, the willingness to innovate, and a tenacious devotion to quality.

More particularly, in 1872, Joseph Raventós crafted the world’s first bottle of cava, and Codorníu was the first to add Chardonnay and Pinot Noir. Using grapes from its family-owned vineyards, the company now produces a complete range of sparkling wines under its famed Anna de Codorníu brand, Spain’s #1 Cava.

As one would expect with an historic and major wine producer, things get international. With close to 7,500 acres of estate vineyards and 17 prestigious wineries spread across Spain, Argentina, and California, Raventós Codorníu is one of the world’s leading companies in viticulture and winemaking expertise.  Just like the French Champagne companies, such as Mumm, Chandon & Tattinger, who have settled in California,  Raventós Codorníu has settled their California operations in Healdsburg in Sonoma County.

So here we are, the brand new sparkler on the block: it’s in a brut style and it is delicious!  I recently tasted through a bottle with Penny & Paolo, the bloggers over at The Palm Springs Wine Blog and here was their take on the wine:

“Spain’s oldest wine & cava producer with their latest release, Incandesa, have decided to step into the sunshine of the Golden State. This California sparkling Brut is a blend of 70% Chardonnay, 30% Pinot Noir, and is produced in the style of the traditional method or methode champenoise; which means it is crafted the same way as Champagne and Cava. The fruit is sourced from “distinct” premium vineyards focused on high-quality Chardonnay and Pinot Noir, they don’t actually tell us where they are from, so we’ll just have to take their word for it.

“And then there is the bottle: The label is as unique as the tasty juice inside and the artistry leaves you wondering if the pen ever left the bottle.

“Incandesa has a nose of stone fruit and floral notes, and at first sip you will immediately notice a burst of tiny bubbles filling your mouth, then flavors of honeydew, peaches, citrus and a pleasant nutty bitterness on the palate. It has great acidity and is as dry as can be for a California sparkling wine, which is definitely a nice change from the usual fruitier style we have come to expect. This was released mid-April, so hopefully it will be out on the shelves soon as it has left me with a thirst for more. Keep an eye out for it and cheers!”

For you nerds in this readership, fermentation was completed in temperature controlled stainless steel tanks, with the Chardonnay undergoing a secondary malolactic fermentation. Once “assemblage” (the blending of the base wine) was complete a “liquer de triage” was added to prompt a secondary fermentation in the bottle which captures the natural CO2 produced from fermentation and produces the brilliant bubbles found in the wine. The wine rested “en triage” for ten months and was disgorged in March 2021.

The suggested retail price for Incandesa Brut is $24.99 and should be available in our local markets within a week or so. 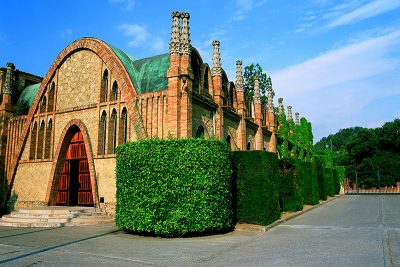 Personally speaking, this sparkler should be a hit out here in the desert.  It goes with almost everything on a plate.  We had it with baked mushrooms stuffed with mozzarella.  Restaurateurs should take note of that combo.  And the branding on the bottle—well, it’s Spanish chic and that label design will take it far.

By the way, back in 1895, Señor Raventós hired the art nouveau architect Josep Puig i Cadafalch (a contemporary of Gaudí) to expand the winery. The magnificent building he built symbolizes the “fruitful alliance between nature and human labor and is a homage in stone to the art of cava production.” It was declared a Historical Artistic Monument in 1976 and constitutes one of the most impressive examples of winery architecture.

Cheers to the art of wine!