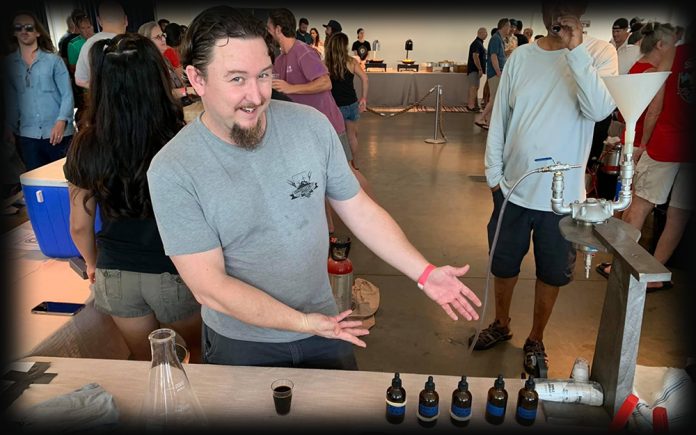 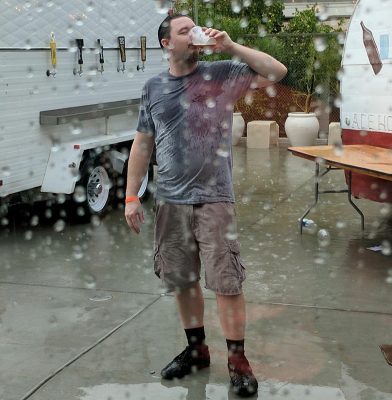 Our scheduled series highlighting the local tasting rooms will take a very short hiatus due to the tragic and unforeseen passing of Josh Kunkle last Saturday morning. Josh was the outgoing President of the Coachella Valley Homebrew Club, a position he had held since 2014. Sudden losses such as this can hurt the most and seeing the local beer community come together will give my readers valuable insight into just how quickly the local brewers, both professional and home, can come together in a time of need.

At this point, I’m going to turn this over to the Coachella Valley Homebrew Club co-founder, Chris Anderson:

“When I opened Coachella Valley Brewing, I knew that I would be very limited on what time I could continue to devote to the Coachella Valley Homebrew Club. I was club president at that time, and this was a club that I had spent nearly a decade growing and nourishing. After growing its membership 10-fold in my tenure, and after serving virtually every officer duty during 2006-2013, needless to say it was not an easy thing to walk away from.

It was around that time Josh Kunkle sauntered into our Monthly club meeting for the 1st time. I remember him being quiet and very humble, but the beers that he shared were quite solid and unique. I knew from our first meeting he was going to be an all-in type of Homebrewer. It wasn’t long after that that I knew the club was going to be in good hands. He quickly stepped into a leadership role; assuming the role of club President the following year. In the years that followed he was the heart of the club, as Micah, the other CVHC co-founder and myself became less involved in the group we started. Josh filled any void we created and continued to carry the torch.

Josh won best in show at a local Homebrew competition the following year and that afforded him the opportunity for Coachella Valley Brewing to brew his beer commercially. He was beyond excited. I remember that he would come in weekly to check on our packed brew schedule to be told we couldn’t get it in the tank yet. Eventually we ended up brewing his beer, dubbed Uncle Kunkle. Undoubtedly, it was the best damned Brown Porter ever made in the valley. A couple months ago I met with Josh over a couple of beers to discuss him heading up North. As we discussed the Club’s future and his own, I had no idea that this would be my last chance to hang out with him. There are few people that impacted a brewing community like Josh did. I have had a hell of time processing these words and I am still in shock.”

Ryan Blondell, Head Brewer at Brewcaipa Brewing Co. weighed in, “I will miss seeing Josh at Beer Festivals and seeing the newest version of his Beer Randall. He was always trying something crazy and I loved his passion. We lost one of the nicest people in brewing that I have ever known.”

Andrew Smith, Managing Editor at Craft Beer I.E. chimed in as well, “I knew Joshua as an avid brewer, knowledgeable librarian, and humble friend. As a beer writer, he would be my first technical resource, and often my editor.

He always had time and gave of it graciously. I miss the one day a week (pre-Covid) when we used to work in the same building. I’d spend an hour in his cubicle talking beer. We had so much to talk about, and it seemed no conversation was ever finished.

Like I said, he always had time. Time to talk. Time to listen. Ironically, he helped me write an article a couple of years ago about a homebrewer and cyclist who was killed on the road. He played a big part in honoring that man’s legacy. Now we face the tragic news of Josh himself. It saddens me to remember our last conversation a few weeks ago as he shared the excitement of starting his new life further north. I’ll miss our Wednesday chats. I’ll miss the guy that was always there for advice. And I’ll miss his humble friendship.

As he always posted on Facebook as a birthday message: “A mighty fine pint to you, good sir!” Josh, our lives have been better served for knowing you.” 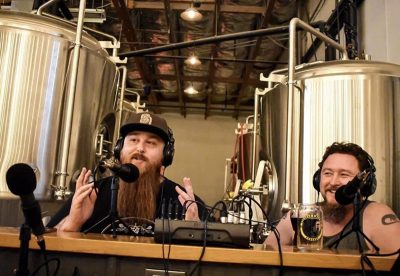 Current President of the CV Homebrewers Club, Eric Schoonover also reached out, saying, “It’s hard to put into words how Josh affect me and the club. Personally, he was a friend that was always willing to lend a hand. I think that’s what’s different about our club; we truly help one another and want each other to make the best beer possible, and that’s all because of Josh. He was the heart and soul of the club. He never missed a meeting that I remember, and he always had encouragement even when our beers didn’t go our way. He took on every event, big or small, and loved teaching how to brew beer.

I can honestly say if not for Josh this club would not exist. Just last week he took time out of his day to make sure I had everything I need to continue to lead the club as he had.”

The club has lost its biggest champion as well as a dear friend.”

KW: I’ve always said during my lengthy career that I’m not really in the beer business, I’m in the people business. It’s just that all of my people love beer. The heartfelt words expressed above prove that to be true in spades. Josh had passion, fire, and a true love of his fellow club members and will be richly remembered for all that he stood for.

On Thursday, May 6th, members of the CV Homebrewers and the local pro brewers will all meet to celebrate the legacy that is Josh Kunkle. There is talk of each local brewer each taking one of Josh’s different recipes and brewing it as a tribute to all for which Josh embodied. 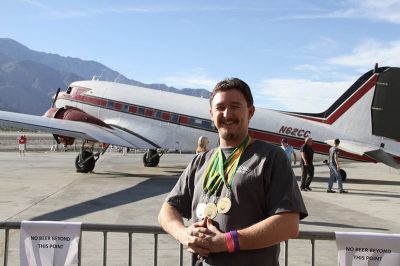 Death has a way of taking its toil on a family, and it has been truly heartwarming to see and feel the vast outpouring of support for Josh’s family. In a Facebook post, Rob Aroz opined, “When I heard the news, I couldn’t believe it as we just had a few beers a couple weeks ago. Joshua Kunkle was a humble, caring, intelligent human being. Thank you so much for the memories, knowledge and friendship. You will be missed. Cheers to you my man!

My sincere condolences to his fiancé and family and to the CV homebrew family.”

Please stay tuned to these pages for future developments.

(When Ed Heethuis isn’t brewing at Spotlight 29 Casino for 29 Brews, you will find the Certified Cicerone® / Brewmaster out on his road bike or talking beer with the patrons at Taproom 29. He may be reached at: heethuis.ed@gmail.com or wherever beer may be found in the wild.)