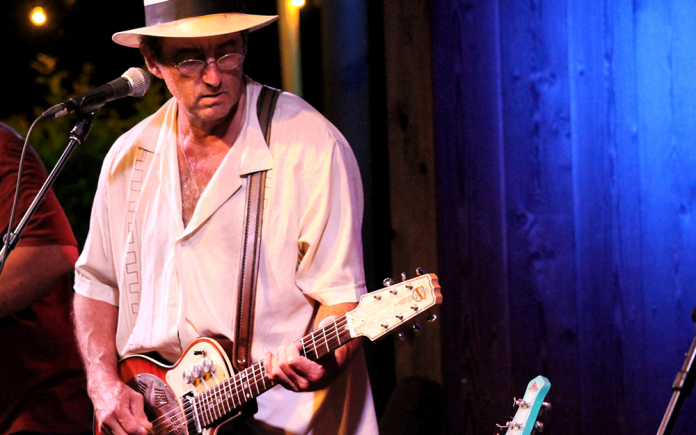 Drop into any James McMurtry song and it feels as though he’s spinning a yarn just for you. Comfortable and conversational, his tales are equal parts authentic and apocryphal. He comes by his storytelling gifts naturally. His dad was celebrated author Larry McMurtry (Lonesome Dove, Last Picture Show, just to name a couple of classics).

The Texas troubadour has been earning his keep as a musician for over 30 years. His 1989 debut, Too Long In The Wasteland was produced by John Mellencamp. In the ensuing years he’s recorded 11 more critically acclaimed efforts, including watershed long-players like Childish Things, Just Us Kids and last year’s The Horses And The Hounds.

A songwriter’s songwriter, his music is a no-frills combo-platter of Folk, Country and Rock, bookended by his deadpan vocal delivery and economical prose. Back out on the road after being waylaid by the pandemic, he is swinging through the Southwest with his band of 20 years, which includes guitarist Tim Holt, drummer Darren Hess and a bass player named Cornbread.