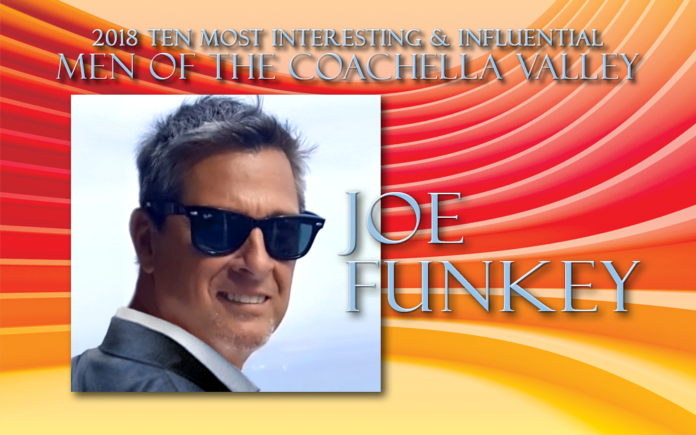 Restaurateur Joe Funkey was born in Harvey, Illinois, where he went to school nearby. After high school, he joined the United States Marine Corp and was enlisted from 1977 to 1981. There he met his wife Susan while in the Marine Corps, who was also from Chicago, and in California for vacation. After spending only a month with her, he knew she was “the one”. His enlistment ended 3 months after they met, and he went back to Chicago and brought her back to California with him. They have been married for 34 years and have three children and one grandson. 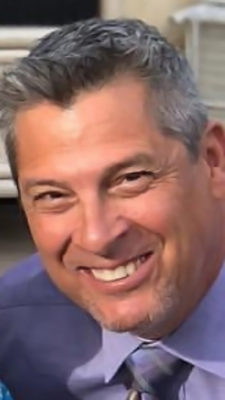 Prior to the restaurant business, Joe was in the mortgage industry. In 2007, with the market seeming unsure, they decided to change directions. He and his wife entered the restaurant business in 2008, when they opened Giuseppe’s in Cathedral City. His oldest, Donovan, has been involved in their restaurant business since 2009, where he started as a cook, then bartender. In 2013, they opened Bar together in downtown Palm Springs (which has since closed). His daughter, Kimberleigh, started working with them since their first restaurant opened in 2008, and had been his right hand person at Giuseppe’s until April of this year (when she purchased Power Yoga of Palm Springs). His youngest, Jordan, is following her passion as a commercial dancer living in Studio City.

They opened their second Giuseppe’s in 2011 in Smoke Tree Village and in 2013 they opened Smoke Tree Supper Club, a grill your own steak house, which they reopened as Smoke Tree BBQ  (and recently just sold in May) and most recently opened another location in Palm Desert, (Giuseppe’s Pizzeria). 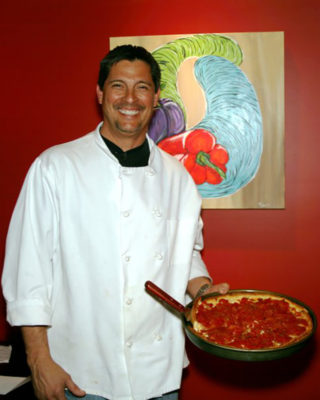 Never one to rest on his laurels, Joe and his son Donovan and are starting up their eighth company in ten years, Funkey Industries, a supply company for restaurants and hotels providing cleaning supplies and service for dishwashing machines and laundry. Joe previously ran Funkey Industries in a prior iteration from 1986 to 1999. Almost 20 years later and after being on the other side as a restaurateur, he realized there was a need for a local company in Coachella Valley. They start selling and servicing the desert this summer.

Asked what is most rewarding about his career, Joe can’t narrow it down to one thing. He thrives on building relationships with their local clientele and loves and appreciates their customers. Working with his family doing what he loves makes his job even more joyful. On top of that, he loves being able to provide a great product at a fair price and with great service. He wouldn’t be able to do the last part without fantastic employees. The challenge of building successful restaurants has been a reward in and of itself to Joe. “I really like being an entrepreneur, but I must say I am hoping that this will be the last company I start. But we will see,” Joe said laughing.

When Joe isn’t starting companies and opening new restaurants, he finds time for his hobbies. He is a motorcycle enthusiast and enjoys many aspects from track days on a sport bike to month-long trips with Susan traveling around the country on his Harley. “Susan and I have been to 29 states and tens of thousands of miles. It is a great way to see our magnificent country. Motorcycling is also a great way to relax, revive and gives me much time to think and sometimes get inspired.” 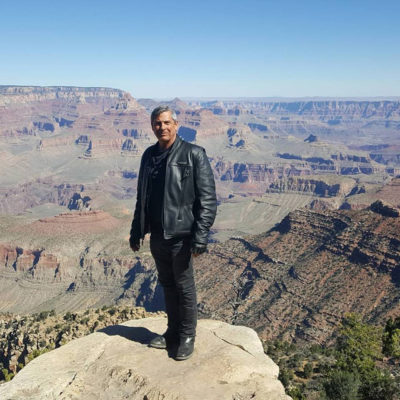 Joe drew inspiration in his life from his father, who he says he respects more than any other man he’s known. “I am what I am because of what he taught me. How to be a loving husband and father and always putting family first. He also taught me hard work and to put the needs of your customers first in business.” For women, he sweetly names his wife, heaping praise on his life partner. “I am so fortunate to have Susan as my wife and partner in business. She is my hero. Susan allows me to try new things, even when she may not believe they may be the right decisions, and never says I told you so even if they go awry. She is very supportive and never says anything bad about me to others. She is great at keeping me grounded, we make a great team in both life and business.” 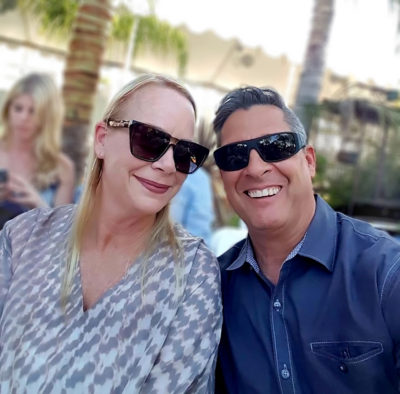 With restaurants, new businesses, family, and friends, Joe keeps grounded through his faith in Jesus his Savior. The Bible is constantly teaching him how to live his life, he explains. “I am not the greatest at always doing the right thing but I know I am forgiven and that gives me peace.” He believes that if you do what’s best for your customers, you will succeed in business. His mantra is the golden rule: do unto others as you would want done unto you.

Joe is representing Variety the Children’s Charity of the Desert. He chose this charity in part because his daughter, Kimberleigh, is the vice president of Young Variety and also because he believes there is nothing better than helping children. His main charity focus for all of his family’s business will be on helping children.