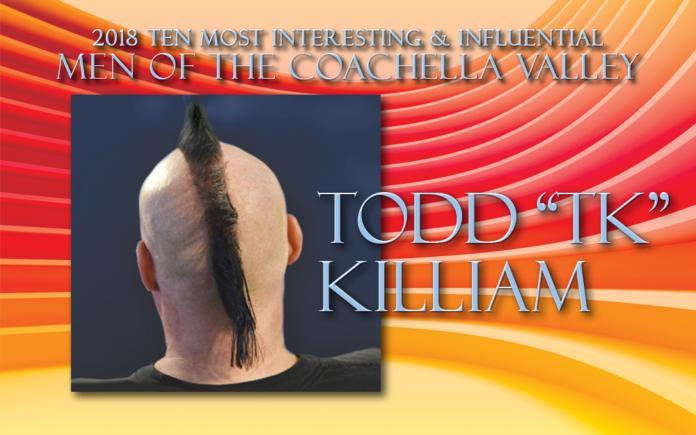 93.7 KCLB Program/Music Director and on-air personality Todd “TK” Killiam is all about radio, as he brings the Coachella Valley community which he loves, the best in Rock.

He’s always been into radio, even as child in Chicago. TK recalls falling in love with radio at the tender age of 7, as he listened to the sounds coming out of what he perceived as “bigger than life” speakers in downtown, he knew then that radio was where he belonged.

Although he was born in the Midwest, TK has spent most of his life in Southern California. With his affinity for radio, he got his first job in the business as a teenager, after a short-lived stint working in a hardware store. He has worked predominantly in the San Diego and Los Angeles markets where he gained experience, learning every aspect of the business. In Los Angeles he worked for Indie 103.1, a place he referred to as “radio heaven”. The station would feature new bands, introducing and supporting them. DJ’s such as Rob Zombie, Dave Navarro (Janes Addiction), Joe Escalante (The Vandals), Steve Jones (Sex Pistols), Dickie Barrett (Bosstones), Full Metal Jackie, Sat Bisla, Joe Sib and many others energized the stations air-waves. The station had a who’s who of musical artists and other creative visionaries who would stop by consistently. It was at Indie 103.1 where he gained a true appreciation for radio and how it can have a beneficial impact on the community in which it serves. A quality that he has brought and infused into his position at 93.7 KCLB.

TK moved to the desert about 4 years ago, and has no plans on leaving. Before making the Coachella Valley his home, he would frequently visit the desert area. The reality of living in the desert and working as a part of Alpha Media, which owns 93.7 KCLB, has been an amazing experience for him. He is an advocate of supporting the local music scene, and Alpha Media shares the same belief, “We play local music on 93.7 KCLB every week with a feature called, Support Local. Alpha Media is one of the few radio companies that get it. I’m very proud to be part of their team,” says TK. 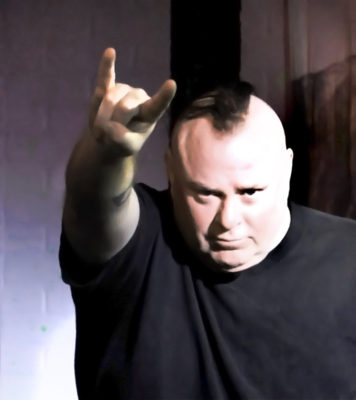 The aspect of being in radio that TK finds most rewarding is simple; it’s all about making the listener happy. From sharing and talking about music, to being at events, to seeing the joy on the face of a loyal listener after winning a station prize, it makes it all worth it and it’s what he loves to do. He enjoys the excitement that radio brings, of not knowing what will happen during the day, “It never gets old, from the first day that I was in radio, to last Friday…I feel an amazing passion for it,” he said. For TK, Rockin’ the desert on 93.7 KCLB is a big enough accolade for him. There’s really nothing else that he’d rather be doing.

On his down time, he’s still going, as he has relentless energy. He enjoys spending time with family and friends, taking off to favorite spots in California, Arizona and Las Vegas, which refreshes him. His sports team preferences include the Dodgers, Packers, Chargers, Padres, Blackhawks, Lakers and Cubs. TK is also a huge movie buff, going to the movies on an average of three times a week, and is a constant at Camelot Theaters in Palm Springs. As for his favorite movies or albums, it’s too difficult for him to choose, as his library tops over a thousand, in all genres, “Asking a movie freak and music head their favorite band or movie is a tough one,” he says.

He keeps himself together by adhering to his positive view on life, he has been that way since he can remember and it has stuck with him. It ties into his mantra of, “Serve, Be Positive, Be the Ball.” The people that TK respects and admirers the most are his mother, father and sister.

TK’s passion for radio comes through the air waves throughout the Coachella Valley with each broadcast at 93.7 KCLB. Coupled with his dedication to supporting local music artists, it’s sure that T.K. will keep this valley Rockin’ for years to come.

The charity that TK works with is St. Jude Children’s Research Hospital. The goal at St. Jude’s Hospital is to advance prevention, treatment, and cures for children with catastrophic diseases. The organization was founded by Danny Thomas, and their continued vow is to never deny treatment to a child “based on race, religion or their ability to pay.”

Todd “TK” Killiam will be representing St. Jude Children’s Hospital as his intended charity at the Top Men’s & Women’s Fundraising Charity Event on May 24th at Hotel Zozo in Palm Springs.