If you are a fan of daytime soap operas and especially “The Young and the Restless,” no doubt you have seen the face of actor Judith Chapman. After a decade away from Hollywood, the Palm Springs resident recently returned to Genoa City as Gloria Fisher Abbott Bardwell, the mysterious and intriguing character on the long running daytime drama.  Now, she sets to bring a piece of Hollywood talent back with her with a show for friend and Emmy award-winning make-up artist, Patti Denney on Saturday May 20th from noon-5pm at West Elm located at 2010 N. Palm Canyon.

CV: How does it feel to step into the skin of your old character and return to the screen?

JC: “There was a writer in Hollywood, who wanted the exclusive story on my “return” and he asked me – ‘What have you done? You’ve committed career suicide!’ And I told him, I have been teaching and I find that to be rather noble.  I’ve continued to learn from my students and reignited my passion. I was pleasantly surprised to be asked back to Y&R by the new head writer, Sally Sussman.”

CV: Did you think your career was over in pictures?

JC: “I stopped going out for everything and thought to hell with going back to Hollywood and…THANK YOU for having me back!” (she laughs)

CV: What was it like to get that call?

JC: “It was great! Although, I was gluing my fingers together trying to put on false nails for my lip-sync benefit, I’m Lady Gaga, you know and John Callahan plays Tony Bennett. The phone rings and its ‘Y&R,’ IT’S HOLLYWOOD! They want me! It’s such a kick to be back on the show. I’ve watched so many people grow up on this show.”

CV: How have soap operas changed in the last few years?

JC: “The big problem is the budgets have been slashed. It was once a family business. The hay day was really in the 80’s. HUGE budgets and we would travel all over and shoot episodes in Paris and in Italy. Not anymore. I hate to say it but I think they are going the way of the dodo bird.”

CV: What are some of the challenges with the reduced budgets other than not collecting frequent flyer miles?

JC: “The rehearsals are not as long as they used to be. It forces the actor to not be lazy, go home and learn your lines rather than try to learn them while in make up. I have wonderful lines!”

CV: How has production of the show changed?

JC: “We shoot…we are dark on Mondays but shoot 5-6 shows per week. When you think about a film script, 120 pages, this is like shooting 2 ½ feature films a week! The five-day production schedule can be a challenge. I often have 30 pages of dialogue a day to learn. The independents think it’s great to shoot a film in 12 days. Try shooting a soap! I work with so many wonderful actors. It’s a great day job! And it’s a great way to see my career wind down. I’m moving into my Maggie Smith days!”

CV: What have you learned as an actor over the years?

JC: “In Europe the older actors are cherished. Not so much here. I work with a lot of young people. I would not want to go back to being a starving artist now. When I started out I was as green as a four-leaf clover! But then you could take a voice class for $15 and join a gym. It wasn’t like it is now. It’s really a tough nut.”

CV: You taught acting at College of the Desert. How did that come about?

JC: “I love working in Hollywood but LOVE living in the desert. I was basically hired on the spot. I taught for several semesters and loved it. My students were fantastic. It really recharged my batteries. One student came up to me and wanted me to direct Equus and I thought how can I direct such an intense play and with horses! After a few minutes, I agreed to do it. It’s nice to be stupid enough to know you can’t do something. It helped me go back to the passion and feel eager and hungry again.”

CV: What advice do you give to them?

JC: “I give them the same advice I was given in college. I had this upstart starlet Gene Mueller for a teacher. She worked in the 30’s and 40’s but in the 50’s with the McCarthy era, she was one that refused to say yeah or neigh, it destroyed her. Several decades later, I would go to her house and she would make tea- it was her Maggie Smith years! She would look at you down her nose and say: If you can live without it, do! If you can’t, make the sacrifices and work hard. Like my friend Patti (Denney)who has a show coming up…”

CV: I understand this was your idea to put a show together for her.

JC: “She works so hard. She makes the sacrifice. Sometimes, she doesn’t get home until 8-9 o’clock at night and then paints until two or three in the morning and still gets up and comes to work ready to make us all shine! She is the first to arrive and the last to leave. We don’t have a hiatus on our show either. She has such passion and is so talented. She has created a wonderful body of work. You just have to make your own way. I’m really happy to have this show for her. You should have seen her special effects make up for my horrible burn. She used oatmeal flakes and sesame seeds! I’m thrilled to help and to have Vektor Vodka on board as well.” 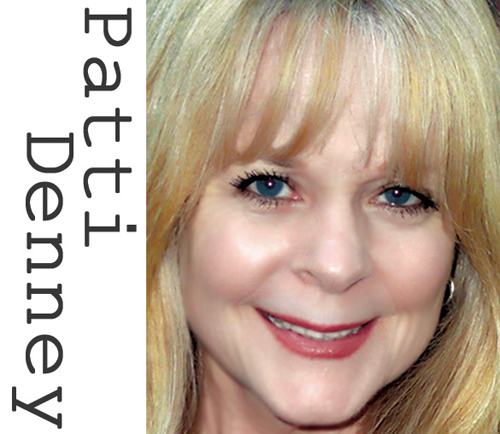 Patti Denney is a two-time Emmy Award winning head makeup on the #1 daytime drama, The Young and the Restless. She is also secretly an artist to be discovered. I reached out to speak with her about the upcoming show in Palm Springs on May 20th at the urging of the desert’s own Norma Desmond, friend and colleague Judith Chapman.

CV: Your friend Judith told me the world needs to know about your art.

CV: More or less. She is excited to have your pop-up show in the desert.

PD: “She is so wonderful. It’s my hobby really.  I had a picture on my desk and Judith said: ‘Is that yours?’ I said yes and she was so complimentary of my work and encouraged me to have a show.”

CV: So how did this show come about?

PD: “Judith said she started investigating and the more she started to discover, she told me she was loving every minute of it and said to me, we’re doing this! So, she really just set it up for me in Palm Springs and wouldn’t let me out of it. She’s such a champion for me.”

CV: What can we expect to experience at your show?

PD: “My art keeps evolving, changing. I go from abstract to impressionism and then to mixed media. It all depends. I have a city series that includes my impression of Ground Zero and a piece on Beverly Hills and one of the Hollywood sign and of course, one of Palm Springs I call Desert Storm.”

CV: I love your mannequin portraits!

PD: “Thank you. I dragged that old thing out of the prop closet on set. I am a fan of Matisse and definitely inspired and influenced that work.”

CV: What do you want to say with your art?

PD: “To be honest, it happens as it goes along. Sometimes I get angry that it’s not working out and I will take a paint brush and start going over a piece and then stop and realize, yes, that’s what I want! I don’t do well having to explain.”

CV: Your work is visceral. That’s not always easy to explain but the complexity is reflected in the mediums you express yourself through. 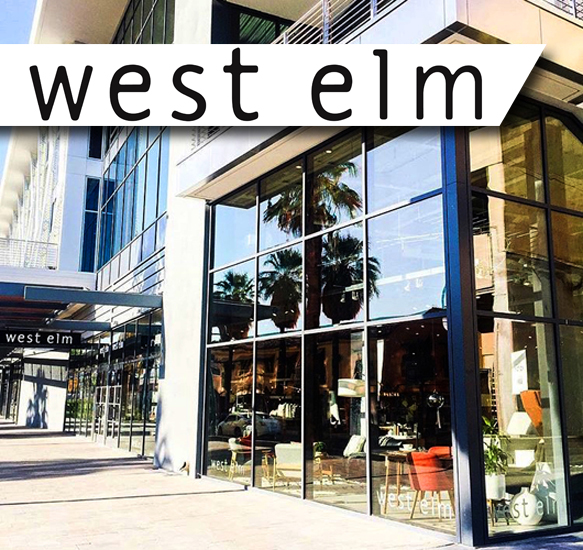 PD: “I like to experiment. Sometimes I use acrylic and ink or use alcohol ink to add vibrancy and once in a while, I might add a touch of a digital effect.”

CV: I understand you have a show in New York going on?

PD: “CBS called and they said they were looking for artists in the company to exhibit at a new upscale gallery at CBS New York. I submitted and the girl said she wasn’t sure the judges would go for it but she really liked it and would push for it. Well, I got the call! They picked five pieces.”

CV: This will be a great opportunity for you and wonderful exposure in the desert. Where can we see your work if we miss the show?

You can check out Patti’s art at her show at West Elm at 2010 N. Palm Canyon in Palm Springs on Saturday May 20th from noon-5pm.