Heart, the American rock band that’s been rolling for over four decades, the band that has sold over 35 million records worldwide, with Top 10 albums on the Billboard charts in the 70’s, 80’s 90’s and 2010’s, the band that has endured the test of time and the 2013 Rock and Roll Hall of Fame inductees, will reverberate a piece of that artistry at Fantasy Springs Casino Friday, May 19th with front woman, Ann Wilson of Heart, going solo. 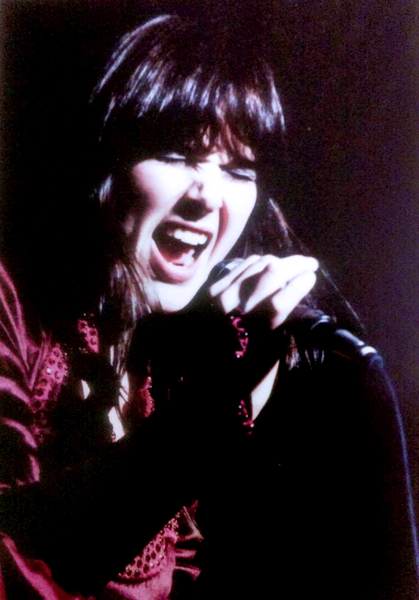 Ann Wilson is perhaps best known as the lead singer and songwriter for the hard rocking band Heart. The dramatic soprano singer is considered one of the “top heavy metal vocalists of all time” by Hit Parade Magazine and heralded as one of the absolute best female vocalists in rock and roll history. Since launching in 1973, Heart has produced iconic rock and roll hit after hit starting with the 1975 release of Crazy on You, Baracuda, These Dreams, What About Love, Alone and All I Wanna Do Is Make Love to You to name a few of the greatest hits. Ann has also recorded with Alice in Chains, Bob Dylan, Elton John, k.d. lang, Alison Krauss, Rufus Wainwright, Wynonna Judd and the Dallas Symphony Orchestra to name a few of the greats she’s had the pleasure to work with as a solo artist.

After touring concert venues and countries for more than four decades, Ann needed a creative detour from Heart to explore concepts she was interested in as an artist. I was recently able to catch up with the lovely Queen of the Power Ballad and find out what’s in store for her current tour and the May 19th show at Fantasy Springs Resort and Casino.

CV: What can we expect from this show?

AW: “My husband and I have worked with our Lighting Director, Gabi Scheff, who’s just wonderful. This is her first show where she’s in charge of it all. She’s absolutely talented. It will be a really fun and artistic experience with a lot of visuals. We’ve put a tribe together, a lot of them are not tried and true professionals but a group that really believes in this and we believe in giving them a chance. We just have a wonderful team that puts their talent and passion into all they do to keep it relevant, fun, fresh and exciting!

It’s really a total departure from Heart. Actually, the only thing that carries over (from the band) is me.”

CV: So, we won’t be hearing you belting out some of our favorite songs?

AW: “It scared a lot of booking agents and promoters, too! (She laughs). We will play several songs from Heart but they are completely reimagined. We will also be doing some fantastic covers of songs that have really inspired me.”

CV: What will be different about these reimagined songs?

AW: “I’ve reworked them completely. Often with rock and roll songs you can’t really hear the words. The arrangements have been structured in a way so we can here the words. We’ve slowed them down to focus more on the vocals. Letting the music and lyrics breathe.”

CV: When you talk about being able to hear the words, I think one thing that get’s overlooked about your songs is just what powerful little stories they are.

AW: “Yes! That’s exactly it. I want to focus more on the storytelling.”

CV: This seems to go back to some of your folk rock days.

AW: “That’s true, we’re taking these songs down to the core so you can really experience the moment and the journey.”

CV: What songs will you play?

AW: “I don’t want to give the show away but we will likely play this great arrangement of What About Love and Alone which really benefits from this approach and allows me as a singer to really get behind (the lyrics) as a storyteller. And yes, there will be a few others. The Booking Agents insist.”

CV: You mentioned earlier that this tour initially scared a lot of booking agents. How?

AW: “Well, they were the hardest to convince that this tour would work. For them it’s all about butts in seats. What do you mean you only want to do four Heart songs? They couldn’t imagine they could sell it.”

CV: How did you convince them to take a chance? It doesn’t seem like we are in an era where anyone wants to go beyond status quo in entertainment but rather remain steadfast in perpetuating what the past risk takers succeeded at doing.

AW: “That’s exactly right. We wanted to do something fresh. After the tour with Cheap Trick and Joan Jett, and playing the same songs night after night for the past forty years, I wanted to break away from Heart’s success. But no one wanted to take the chance so we had to do it ourselves.”

CV: Was that difficult for you?

AW: “It was refreshing to connect and liberating to play small venues. We were playing a lot of Performing Art Centers and venues at that level. Once we started getting revues and the shows were selling then the booking agents came around but it’s hard to get anyone to take a risk anymore.”

CV: Within that tried and true structure, how do you evolve as an artist?

CV: And these are the times we live in where artists need to express themselves. I interviewed David Crosby last week and we had a good chat about that.

CV: Thank you for your time and I do wish you all the best with the family. We all have family dynamics and family matters aren’t always easy to come to an agreement on. Love and prayers that all will work out to the highest accord.

AW: “Aw, thank you! We’re fine. We’ve talked. No matter what, we will always be sisters. That will never change.”

Note: On August 26, 2016, a family dispute erupted backstage involving Nancy’s twin 16 year-old sons and Ann’s husband, Dean Wetter resulting in an assault against the boys and Dean being arrested. Dean pleaded guilty to two non-felony assault charges and received a suspended sentence of 364 days in jail, meaning he won’t have to serve any time behind bars.