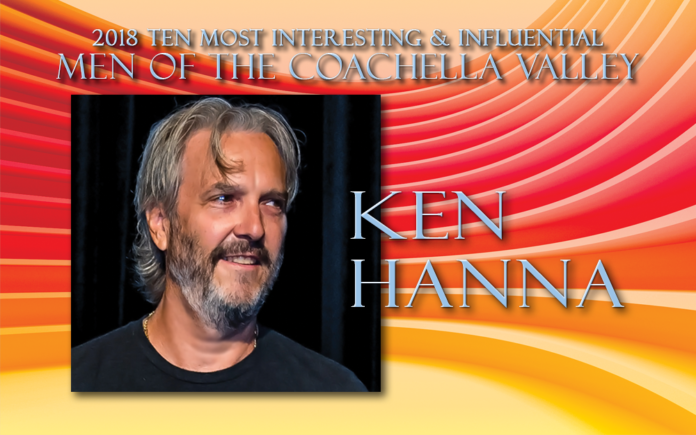 When talking to Ken Hanna, one thing becomes obvious – he’s a man of few words and many actions. His quiet humility is one of his defining features. He’s passionate about giving back, being charitable to causes he cares about, and making a difference. He likes those actions to speak for themselves and seems endearingly uncomfortable bragging on his philanthropy. “I’m not a limelight guy,” he says, a great understatement.

Born and raised in Central Canada, even his beginnings were humble – Ken started out as a piano mover when he was younger. Ken founded and runs a successful food warehousing business in Canada, where he’s based outside of Vancouver in a town called White Rock. His company, CDS Group of Companies, distributes frozen and dried food products all over Western Canada. Aside from food warehousing and distribution, Ken has a transportation company he uses to ship said food products as well as export meat out of the country. Aside from this, he also owns and runs Indian Springs Golf Club, highly rated by Golf Digest and The Desert Sun (among others) as one of the top golf spots in the Coachella Valley, and Big Rock Pub, the new(ish) venue for music, delicious and cleverly-named dishes (Fleetwood Mac and Cheese and Sympathy for the Devil-ed Eggs, to name just a witty few). This savvy business owner had to work his way to the top. He started from nothing in 1995 moving pianos. Through hard work, innovative thinking, and perseverance, he now travels back and forth between White Rock, Bellingham, WA, and Indio to run his businesses, which employ several hundred. When asked what he feels has made his businesses a success, Ken’s answer was simple, “A mixture of excellent customer service, going beyond the call of duty and most importantly, treating his staff with respect.” Said Ken, “I never ask my staff to do something I wouldn’t do. They enjoy the work they do and in turn, they do a good job for us and for our customers. That makes our customers feel wanted and supported and further drives our success.” His chosen career path, he says, was guided by him being a niche guy who saw a niche for what he does today.

Ken’s wife, Peggy, and fifteen-year old daughter Ashley live in Canada with their dog, Nico. When asked how he juggles a busy business life and his family, Ken claims he’s a “master of delegation.” While he does work a lot, he blocks weekends off for family time. Says Ken, “My wife and daughter are pretty cool and understanding. We take vacations and I turn my phone off. But I enjoy what I do and they know that. It’s all about balance.  I have great staff that can handle things when I’m not around. I delegate as much as I can. Right now things are running quite well in Vancouver.”

When not working, Ken enjoys relaxing by drinking, golfing, and keeping busy doing odd jobs. To revive and refresh his mind, body, and spirit, he takes a holiday. His favorite vacation spot is Mexico and he loves to cheer on his sports teams – namely the Seattle Seahawks and Vancouver Canucks. His favorite movie is The Shining, favorite show is Seinfeld, and favorite bands are Pink Floyd and Led Zeppelin. His method for keeping it together in today’s world is not sweating the small stuff. In fact, that’s his mantra in life.

Ken’s passion for rock n’ roll and its memorabilia (as seen at Big Rock Pub) developed at an early age. He describes himself as a lifetime music fanatic. He took lessons as a child, but nothing ever panned out, so he now admires instruments although he doesn’t play any. One of his good friends is the biggest memorabilia dealer in the world and that has certainly influences how many pieces he owns. These pieces number over 100, including prized memorabilia from Jim Hendrix and Eric Clapton. He has more, he tells me, that he hasn’t had a chance to put up yet. He accepts no help when hanging memorabilia up at Big Rock Pub. All 100 pieces have been hung by Ken Hanna himself before the Pub opened and he hangs any new pieces up after hours, sometimes staying until 2 am for this labor of love.

When asked why he doesn’t delegate this duty to any of his employees, he states that as the Pub is a replica of his Canadian home, he knows best where they all should go. During Desert Trip, Coachella, and Stagecoach in 2016, Ken donated guitars to be auctioned off with all proceeds going to Desert Cancer Foundation. All told, the guitars raised about $40,000 for cancer care and Ken couldn’t be happier to do that for the organization. Since then, he’s held many more events with the proceeds going to DCF, including hosting Rock the Ride, a popular car show. Not long ago, Ken lost his brother to cancer and loves being able to combine a passion with a charity close to his heart. “The money goes to making sure people get treatment and it’s just an awesome way to give back to the community.” He is proud to be representing Desert Cancer Foundation for this honor.

When asked what the most rewarding part of his career has been, Ken is quick to say it’s the people he employs. He understands that a business is nothing without its employees and believes in treating them fairly and making sure they’re happy with what they do. Being happy with what he does is what gives Ken the inspiration to continue doing what he does every day. He thrives on growing his businesses and tackling challenges. So far, that all seems to be panning out amazingly. If not his current career, Ken says he would be doing something with cars – either racing them, working on them or building them. As the twice-nominated Entrepreneur of the Year in Canada, there’s no doubt Ken would excel at whatever path he chose.