On Saturday February 23, 2019 thousands of attendees rolled in to the first KIND Music Festival in Desert Hot Springs, California. Coachella Valley Weekly peppered the event with support through our comprehensive coverage. We were honored to interview Iron Mike Tyson, event performers Starcrawler and YONEE prior to the event and got a chance to check-in with Tyson during the show itself where he hinted at a return event in October, possibly featuring artists such as Drake, Cardi B and Migos. 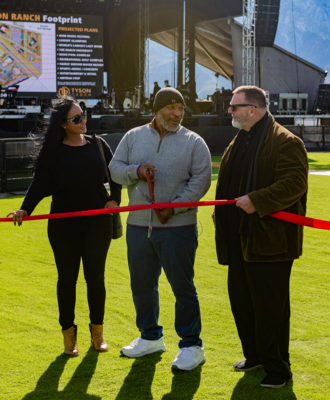 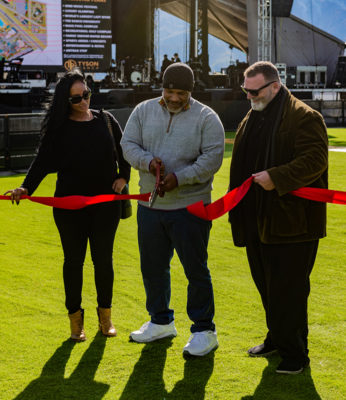 On the Friday before the show, we were invited to KIND’s media preview and official groundbreaking event with Tyson and Tyson Ranch CEO Rob Hickman in attendance. Our dependable Coachella Valley Weekly photographer Steven Young took some great shots of the temporary festival grounds, Hickman, and Tyson and his wife Lakiha Spicer. We were allowed to peruse the grounds and witnessed the ribbon cutting for KIND and Tyson Ranch.

CV Weekly spoke with YONEE at the event and he shared, “It was such an amazing festival! I was so happy with everything and can’t wait for everyone to hear the new music I’ll be releasing.” YONEE was swept over to Zelda’s Night Club after KIND where he performed for the after-party. 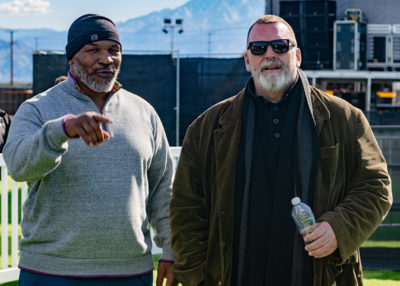 The artist who created the most buzz was Starcrawler. With their high-energy set and theatrics by lead vocalist Arrow de Wilde, spectators went nuts and even those who are primarily R&B fans stuck around for their antics. Social media was abuzz. Here are some comments from Instagram:

GREAT FUCKIN’ SHOW!! Front stage was killer. You coming over to me and wiping blood on my face was even better!!!!! @caawissa

I was there too and it was the first time seeing this band perform it was the shit and the fans were the shit especially starting those mosh pits. @baldheadlikekrillin

Watched from backstage. It was EPIC. Best rock band I’ve seen in a loooonngggggggtime @uspub444

The Mitch Schneider Organization is the publicity firm that handled all marketing and publicity for the event and they did a stupendous job. MSO staff Marcee Rondan (Executive Vice President), Kelly Walsh (National & Tour Publicist) and Jessica Bonner (Executive Assistant) were present and available. They made sure that the event went off with the least amount of hitches. Walsh shared her excitement after all of her hard work, “This weekend I got to visit Palm Springs for the first time ever and we successfully kicked off the first-ever KIND Music Festival with stunningly great weather and a gorgeous backdrop of the snow-capped San Jacinto Mountains!” 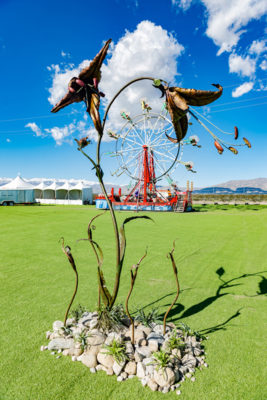 I spoke with Danny Lansdale, Interventionist and Addictions Counselor, founder of Standing United, a non-profit charity that aids those struggling with drug addiction and homelessness. Portions of the festival proceeds were donated to Standing United. Lansdale shared how excited he was to receive the support from KIND and all the attendees who stopped by his tent seeking information for loved ones.

We look forward to future events sponsored by Tyson Ranch and anticipate an even greater turnout for the next KIND.