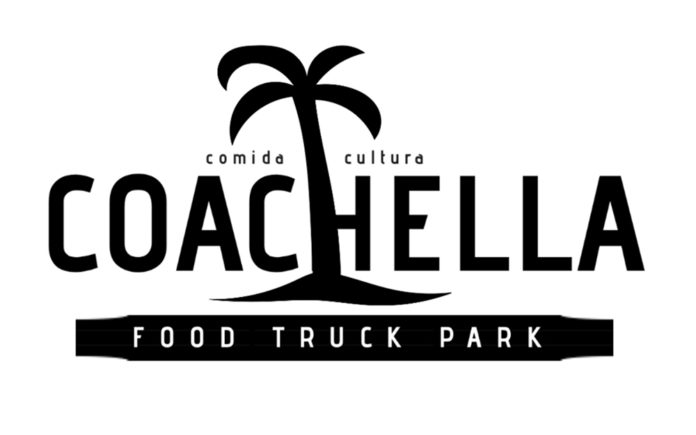 With assistance from the Coachella Valley SBDC and the County of Riverside Economic Development Agency, the Coachella Food Truck Park will celebrate its opening on Saturday, March 16, 2019.

Erick Becerril is spearheading a food-based revolution in the desert valley. At 30, he’s already launched numerous philanthropic, community-minded small businesses and works as a building inspector. Both backgrounds helped him identify the need for mobile street vendors, which lead to his idea and now, to the official grand opening of the Coachella Food Truck Park on Saturday, March 16 in the Coachella Valley.

After learning about a food truck park in Columbia, Becerril enrolled in the SBDC EATS program hosted by the Coachella Valley Small Business Development Center(SBDC), one of the seven service locations of the Orange County Inland Empire SBDC Network and hosted by the County of Riverside Economic Development Agency. The SBDC EATS program offers business development support and professional experience to help startup and early-stage food entrepreneurs. 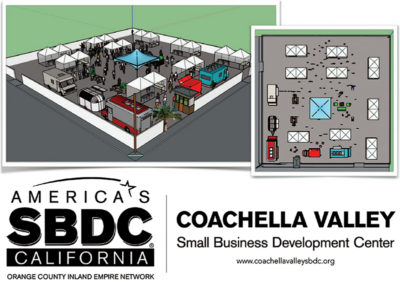 “It was a great class,” says Becerril. “I saw what other businesses needed and learned what a lot of their concerns were. And with my food truck park, I thought I could help others find a place to test the waters to sell their food and help steer them in the right direction.”

Becerril formed mentorship relationships with SBDC consultants Mike Pagani, Greg Bell and Angela Janus as well as staff member Rick Calderon, who shared valuable information about mobile food vending. Says Becerril, “I learned a lot about talking to agencies you’re not normally directed to, like the health department.” They also helped him narrow down his focus to create a singular experience that was indicative of the valley’s rich culture.

Just one week before his EATS class ended, Becerril met with the Coachella City Council – “They were the first city to believe in me,” he shares – and got the approvals he needed to make his food truck park a reality.

The result of Becerril’s two-year journey is a food truck park that highlights local artists and musicians, alongside area food artisans, three of which he met in the SBDC EATS class: Anthony and Aida Rojas of Mexican eatery Taquiza el Rey, and Linh Young, founder of Straight and Marrow, offering Vietnamese street food and noodles. The park’s inaugural launch is set to run each weekend through March, but if he has his way, Becerril hopes to make it a monthly event. And if anyone can make that happen, it’s him.

On behalf of the Coachella Valley (SBDC) and our partners, we invite you to join us in celebrating the grand opening for one of the newest attractions in Coachella. The grand opening program will begin at 1:00 p.m. with a ribbon-cutting ceremony followed by live entertainment, local artists, food trucks and special remarks from elected officials and partners!

For additional information about how to request a no cost, no catch appointment with the SBDC or register for an upcoming business workshop please visit: ociesmallbusiness.org or contact us at 1 (800) 616-7232.