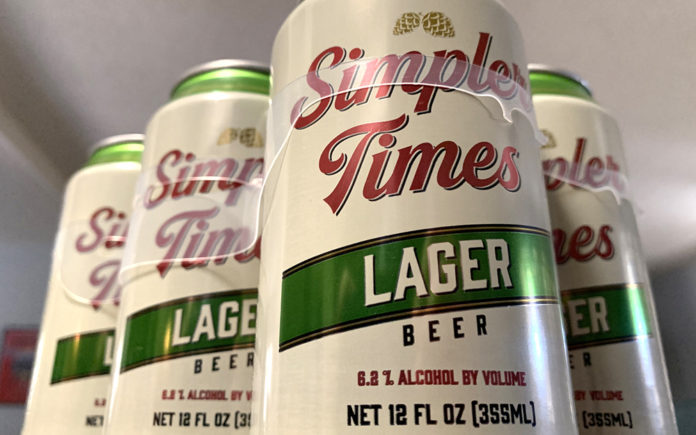 When the Boston Beer Company (makers of Samuel Adams Boston Lager, and the Angry Orchard line of hard ciders) brewed its first batch of suds in 1984, the company didn’t own any brewing equipment. Instead of going through the expensive and time-consuming process of building their own brewery, the Boston Beer Company paid to have the Pittsburg Brewing Company brew the Samuel Adams beer at their facility, allowing the BBC to grow their brand until the company had enough capital to buy their own equipment. This type of arrangement is fairly ubiquitous in the craft sector and is called contract brewing. The host brewery can do as little as leasing out space and equipment, or as much as providing recipes, ingredients, packaging, and branding ideas for a company that simply wants a house product with their name on it. Trader Joe’s carries an assortment of exclusive house beers all contract brewed by independent companies, and Simpler Times Lager is one of them. 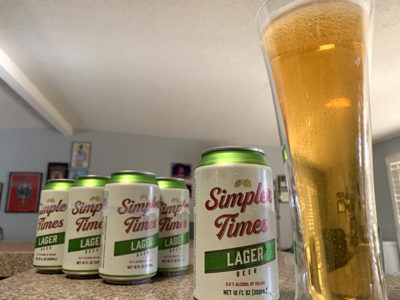 When it comes to buying cheap beer, Trader Joe’s is the greatest destination (next to the .99 Cents Only Stores) there is. A list of the companies was compiled by the Over Served Blog and gives us a breakdown of who’s brewing what.

With a diverse portfolio of contract brewed beers, the flavors and quality of Trader Joe’s beers can vary widely from product to product, but the consistent theme remains the low price point. All of Trader Joe’s beers are dirt cheap compared to most other independent beer, with Simple Times Lager coming in at $3.99 a 6-pack at the palm desert location. The Minhas Craft Brewery was founded by the Minhas siblings in 2006, Canadian venture capitalists who set out to create a brewery that could specialize in marketing, branding, and contract brewing for companies like Costco and Trader Joe’s. Ranked as one of the nation’s 10 biggest craft brewers, the Minhas company seems to do everything well except brew a decent beer, because Simple Times is absolute trash.

This beer tastes like it was conceived by someone who has no idea how to brew beer, but said to themselves, “How hard can this be?”. This beer tastes like the marketing department did a team building exercise in the brewery and decided to sell the abomination they created. Simpler Times lager is one of the worst beers I’ve ever drank, with so many flaws that It’s hard to know where to begin. The 6.2% ABV may hold an appeal for those who see it as value, but the off-flavors present in the finished product are off-putting enough to make a can of this beer hard to finish.

Spicy phenolics and fruity esters abound, giving this beer a flavor more in common with a German hefeweizen than an American lager. Peppercorn and Banana notes from an obviously mutated yeast strain serve to cover up an even more offensive flaw; diacetyl. I’m going to write about diacetyl next week and really get into details about what it is and what it tastes like. My good friend, cicerone and fellow beer writer Brett Newton has a palate that is very sensitive to diacetyl, and I can only imagine how offensive he’d find this product.

Beer made this poorly gives me an appreciation for the mass-produced ice lagers and malt liquors that occupy the metaphorical bottom shelf of the beer market. Simple Times lager is a fantastically bad beer that demonstrates what beer created by a marketing team instead of skilled craft brewers tastes like. Home brew clubs would do well to pass this brew out at meetings to taste phenolics, esters, and diacetyl all in one can. It’s the worst of the worst, and the warning to consumers that, sometimes, you absolutely get what you pay for.