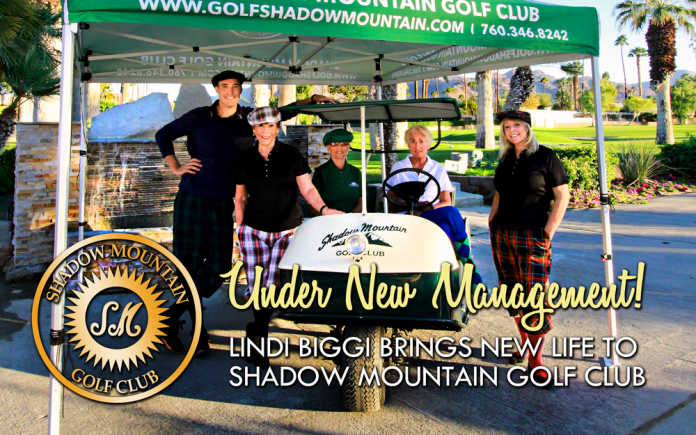 Recognized as the first golf course in the City of Palm Desert, Shadow Mountain Golf Club is a landmark of the Coachella Valley with decades of history. It was incorporated in 1958, and by the end of the year 1960, the Club had over 270 members. In recent times, Shadow Mountain Golf Club has found itself in financial distress with endless looming deferred maintenance issues that caused it to be facing bankruptcy. 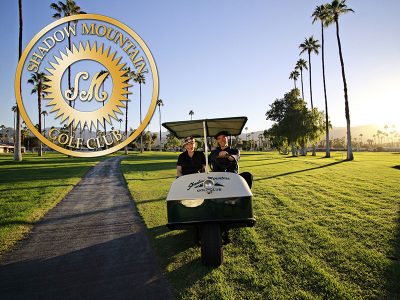 The Club is now under new ownership, as Lindi Biggi has purchased the 63-acre course and has plans to make the necessary investment to bring it back to its original glory as the hot spot for golf and social activities that are a proud part of Palm Desert.  She believes that Shadow Mountain has great historic value to the desert community and intends to build a new club house featuring mid-century design next year. 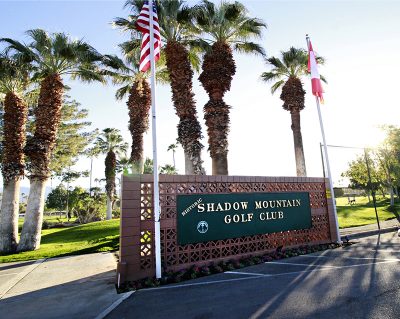 Biggi’s work history includes 18 years of being a senior certified escrow officer and owning two escrow agencies in Oregon. After marrying her husband Geno Biggi in 1975, she worked with him at his food company, Beaverton Foods Inc., and managed various real estate investments.  Since moving to Palm Desert in 1993, Biggi became involved with the animal welfare movement, first with Animal Samaritans and starting the non-profit known as Loving All Animals in 2008.

Additionally, Biggi was on the National Board for Petsmart Charities. She is part of a legion of people who worked tirelessly to promote the use of micro-chips to enable lost pets to find their way home and to end the brutal killing of adoptable pets at public shelters. To date, Biggi is most proud of the number of animals that would have been put to death, but instead, are in loving forever homes. Plus, the Coachella Valley has recently gone from a high-kill community to a no-kill one.

Biggi also built the Venus building in Palm Desert, which started as Venus de Fido and morphed into Venus – Healing Arts Center, which failed when COVID hit and all the tenants were put out of business. The building is now a work of art serving a good purpose by housing the non-profit agency of The Create Center. 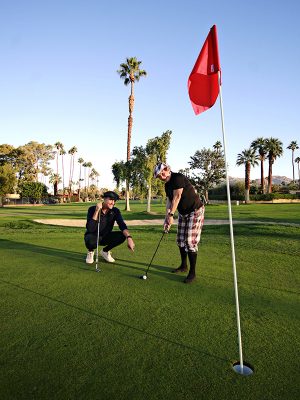 “I get tears of joy when I see the residents that live in our community share my joy with the work that has been done. I have loved each and every day working on this project, which I might add is a 24/7 job,” revealed Biggi

The list of obstacles in acquiring Shadow Mountain Golf Club was extensive. Initially, no one wanted to buy the golf course, until there were three potential buyers. A bidding war started that ended up being settled by the shareholders’ voting as to who would take over their Golf Club and not turn it into a subdivision. Biggi’s offer was for less money to the shareholders, but they still voted for her anyway.

The irrigation pond was leaking at the Golf Club and the pumps were beyond the expected years of service, as the controllers were so old that replacement parts could not be added. The COVID-19 pandemic also made it nearly impossible to get items delivered.

“I have absolutely no clue and no experience with running a golf course and I am a terrible golfer.  It was recommended that I hire Touchstone Golf Management Company to run the business and I must say, that is the best advice that I have taken yet. They have been by my side through this whole ordeal and I don’t think I could have gotten this far without them,” stated Biggi.

The Shadow Mountain Golf Club timeline was to close the escrow on August 13, 2021, and do a maintenance list of hundreds of tasks to have the golf course open for play by November 21, 2021. This involved total re-landscaping, new walls, new fences, new pathways, emptying and refilling all the bunkers, rebuilding all the water features, redoing much of the irrigation, and reseeding the whole course. 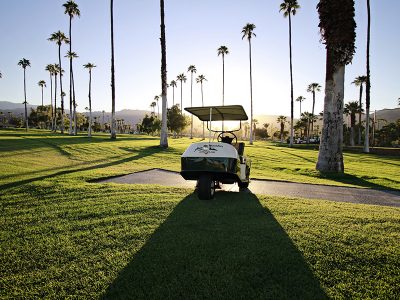 To date, 1.3 million dollars has been spent on repairs, replacements, and upgrades.  The next project will be the building of a giant 18-hole putting green which will delight golfers of all ages. It will start next week and with a goal of planning to open in March.  After that, the desire is to build a new mid-century design club house that sits above the putting course and allows people to enjoy the live flamingos that will live there in a pond that connects the putting course to the club house.

“I love the people of this community and I love that piece of ground.  My desire is that my community shares my love for this place and that they help me pay the bills to keep it beautiful.  If they golf—great.  But I will need the support of non-golfers too,” said Biggi.