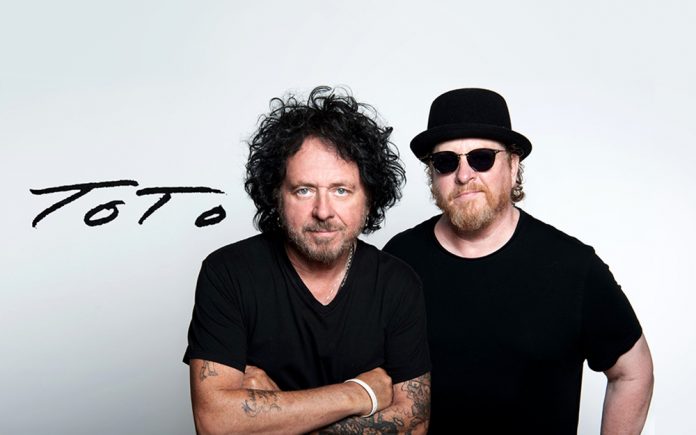 TOTO has announced the band’s return to the road in late-February, 2022. The band will bring the DOGZ OF OZ world tour to the Special Events Center at Fantasy Springs Resort Casino at 8 p.m. on Saturday, Feb. 26. Tickets start at $39 and go on sale at 10 a.m. on Friday, Dec. 3 at the Fantasy Springs Box Office, via phone 800-827-2946 and online at www.FantasySpringsResort.com

Toto’s “Africa” recently crossed the threshold of ONE BILLION streams on Spotify. This accomplishment speaks to the continual discovery of the band’s repertoire, alongside the multi-generational fan base enjoying a composition that is nearing forty years since the band’s album “IV” was released. Cumulative Spotify streams exceed 3.3 Billion plays.

The band recently released “With A Little Help From My Friends” via The Players Club / Mascot Label Group. To screen the title track, which presents the new line-up of Toto, click here: https://youtu.be/C25LRl15fOE.  Steve Lukather shares, “We are keeping the music of Toto alive with a little help from our friends.” Joseph Williams offers, “In the midst of a global pandemic and an unprecedented lockdown we realized a few things.  Musicians must play and people need to get together to watch them.  It was then Luke, Dave and I decided to call upon our friends to create this performance.  We welcomed new friends on to the stage and found an instant connection with them. Welcomed back old friends to do a little work!  The fact is we couldn’t have pulled it off without the love and support of our friends and family. Never was a title or a song been more appropriate. I hope you enjoy ‘With a Little Help From My Friends!’”

Steve Lukather offers, “When the music is performed by great musicians it honors Toto. The documentary featured on the DVD offers great insights in to our thoughts looking forward. David, who stands with us, alongside Joe and myself, desire to keep this music alive.  And Paich could pop in any time for a show as a special surprise.  We’ll be selecting a broader mix from the Toto catalog that includes deep cuts, the hits, and tunes from Joe and my recently released solo albums. Both of us could not be more thrilled with the global response to these records.”

Luke and Joseph Williams are life-long friends since they were kids, and bandmates sharing a deep colorful history that has thrived professionally on a global basis over the past decades.  Luke offers, “There is a refreshing, optimistic enthusiasm to step in to the future. At this moment, Joe and I are the only long-tenured members of the band that want to be on the road continuing to bring music to our multi-generational fan base. I’ve spent almost four and a half decades of my life as the only original member who never missed a show or an album nurturing this legacy while enabling the music to continually exist in the live concert setting. That is something I’ll never stop doing, and when we inevitably return to the road it presents a rare opportunity to reimagine our personal futures while simultaneously preserving the deep connection that exists with the audience while likewise yielding continual discovery.” Williams adds, “Luke and I have been through a lot with one another. He’s like a brother to me. Our creative partnership has always enriched our lives. As we look towards what’s to come in unison, there is nothing but anticipation to bring everything in our minds to life. I can’t think of anyone else on Earth I’d rather launch the next chapter with than with this lifelong, loyal and gifted friend and band mate. We’re the last men standing…The Dogz of Oz,

“With A Little Help From My Friends” was Produced by Joseph Williams, who also edited the accompanying long-form video.  The band’s long-time front of house engineer Ken Freeman mixed and captured the sound. On February 26, Luke and Joe presented solo albums via The Players Club / Mascot Label Group which charted in multiple territories across the globe.  Both artists made significant contributions to the other’s recordings. Additionally, David Paich performed on select tracks on Luke’s “I Found The Sun Again” and Williams’ “Denizen Tenant.” The titles were released on LP, CD and a limited-edition deluxe edition is available with the two titles bundled together. Available here: https://smarturl.it/Steve-Lukather and https://smarturl.it/JosephWilliams.

Tickets for TOTO start at $39. For more information, contact the Fantasy Springs Box Office via phone (800) 827-2946 and online at www.FantasySpringsResort.com