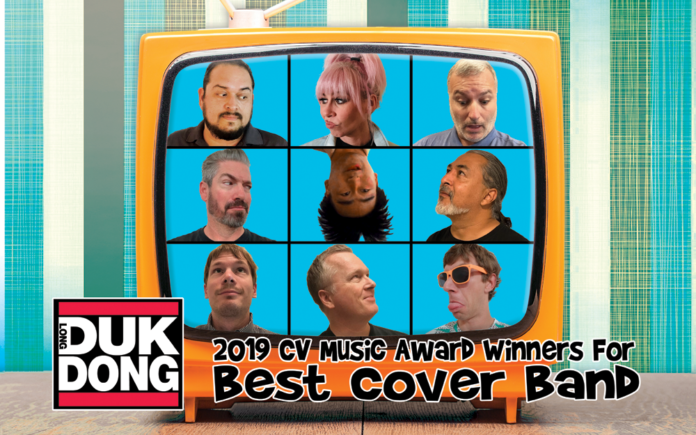 What seems like every year, the much celebrated 80’s cover band Long Duk Dong wins the ‘Best Cover Band’ category at the Coachella Valley Music Awards. In actuality, they have won the award six different times out of the seven years the CVMAs have been in business.. We spoke with core members Nicco Ysiano (vocals), Chelsea Sugarbritches (vocals) and Jeff Mazur (keyboards, background vocals, sound engineer, etc.) about their most recent victory and what lies ahead for ‘The Best 80’s Cover Band This Side of the Dinosaurs’. Their most current line-up also includes Chris Koenig on keyboards, Dub Wallace on bass, Martin Barrera on guitar and Troy Whitford on drums. You might even catch Eric ‘Wyte Gye’ Willman on lead guitar if you’re lucky. 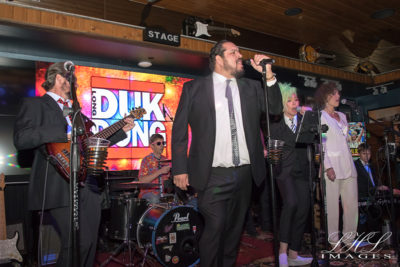 CVW: Congratulations on the win…again. You guys are becoming legends. How has LDD impacted and enhanced your other bands or other parts of your life, i.e. family, friends, notoriety…?

Sugarbritches: “For me, LDD was the springboard for going out and being in other groups. I was meeting more people, going out more and therefore had more opportunities for more musical endeavors. Notoriety? Ha Ha! My kids think it’s hilarious when random people come up to them and say ‘hey aren’t you a Sugarbritches?’” 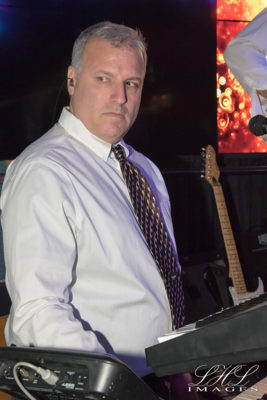 Mazur: “LDD has simply given me a great group of friends/band mates to enjoy spending time with.”

CVW: What do you think are the major reasons why 80’s music has stood the test of time and what are your favorite songs from that decade, both performed and never performed

Ysiano: “80’s music stands the time because now that we’re getting older, people are able to embrace some of their guilty pleasures without feeling embarrassed. It’s funny to look out and see some hard-ass dude singing along to The Human League. My favorite song we have done from the 80’s is Gary Numan’s Cars. That’s the very first song we learned as a band. I would love to do some Hall and Oates!” 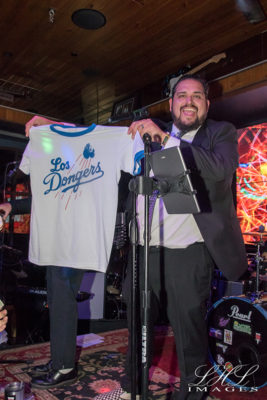 Mazur: “I think 80’s music was a huge shift in style from previous generations. It was the advent of the digital age, bringing new instruments and recording techniques as well as Music Television (MTV) to put faces with the voices of the bands along with portability of music with the Walkman. This was the ‘perfect storm’ to create a strong and lasting impression on people. Mix that with the booming consumerism of the 80’s and it was destined to last for decades.”

Sugarbritches: “I think 80’s music stands the test of time because it was so innovative. And it just makes you feel good. It’s like John Hughes’ movies, they made you feel you were a part of something bigger. My favorite song? That’s a tough one. I really like Voices Carry by ‘Til Tuesday.”

CVW: “LDD is like a family too. If you had to identify each band member like The Breakfast Club, (The Criminal” (Bender), “The Athlete” (Andy),“The Basket Case” (Alison), “The Princess” (Claire) and “The Brain” (Brian), how would you label them? 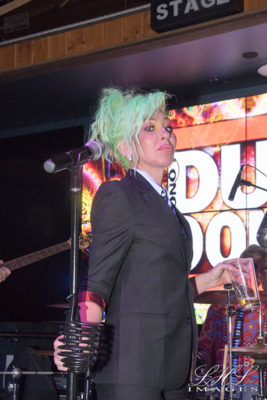 Sugarbritches: “I don’t like labels. I think we’re all a mix of all those characters, some more than others. But Joe is Mr. Furley and Nicco is The Karate Kid.”

Mazur: “I think we truly share little bits of each other’s personalities. It’s why we haven’t killed each other yet (despite many attempts).”

CVW: You have huge turn outs at your shows. What message would you like to send to your fans who have made you the “Best Cover Band This Side of the Dinosaurs” for the 6th time?

Mazur: “Our secret to our fan base is that we just have fun at our shows. The rehearsal ahead of time, not so much, but once we get on stage it just melds into a good time. And about that blip for last year’s second place finish, we know that was just an accounting error, right?” 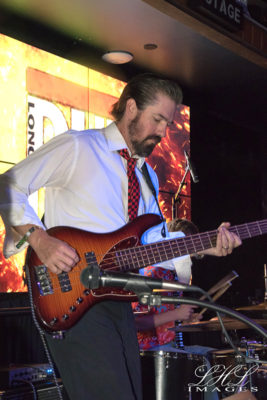 Sugarbritches: “A cliché message to our fans; we wouldn’t still be around if it wasn’t for them. The energy everyone brings to every Donger show is so immense it drives us forward. The Donger family is our heart and soul.”

CVW: You have a show coming up at Big Rock Pub on 7/19. What can we expect? Any surprises at The Summer Dong?

Mazur: “Our July 19th show will feature a few new tunes and we have vastly updated our arrangements of most of our catalogue. I think we have like 20 members now, so everyone needs to stay busy on stage. Wait aren’t you in the band by now? You’ve done like half a dozen shows with us.”

CV: Do you have a favorite show?

Mazur: “Our best show was the after party at the CVMAs a few years back where we covered a bunch of songs by our fellow local bands. It was so much fun paying homage to the local stars we love.”

CVW: You don’t limit yourself to the decade of decadence. What are some of the other songs of the 70’s, 90’s and 00’s you enjoy performing? 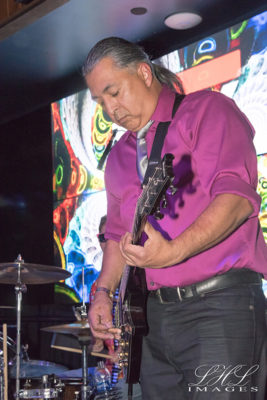 Mazur: “Little known fact, Long Duk Dong evolved from our 90’s garage band Kung-Fu Raincoat. A few of us were goofing around while working on our Muse tribute band HAARP, when Nicco came along it clicked and 90’s became 80’s and we lucked into a great debut show at the Date Shed.”

Ysiano: “We started as a 90’s alt rock band. We played for a while but ever booked any gigs. Then one day we started doing 80’s stuff and stumbled upon our first gig thanks to Kristen Reinhagen Ortiz. She asked me a few days before the show what our name was and we had no idea. Jeff and I brainstormed and were thinking of Molly Ringwald references and came up with Long Duk Dong.”

Sugarbritches: “My fave non-80’s song is probs “Ain’t No Fun” by Snoop Dogg and everyone loves Heart’s “Barracuda.” 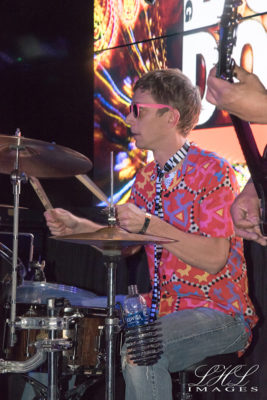 Ysiano: “We try and keep it 80’s but we creep into the 90’s on some of the Hip-Hop stuff we do. We like to do a lot of that G-Funk, so we’re heavy on the Snoop Dogg, Dr. Dre and Warren G stuff. We got love for the East Coast so we rep The Notorious B.I.G. too. Some of the Blondie and Heart stuff we do goes back to the 70’s.”

Mazur: “We do work songs from the 90’s and beyond into our set but 70’s is strictly for The Flashback Boyz. We have a few special sets we are working on which I think people will love. In the meantime, we are proud to support the ‘pretty half’ of our bands other project with the release of 5th Town’s debut album.”

CVW: If Frankie Says Relax, what does the Donger say? 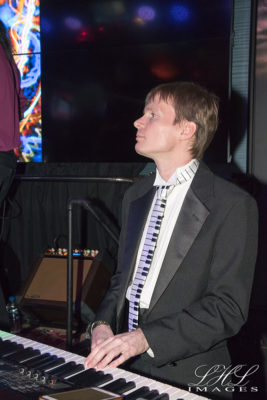 Mazur: “The Donger says many things, but not fit for print.”

CVW: What else does LDD have left to conquer?

*All photos by Laura Hunt Little