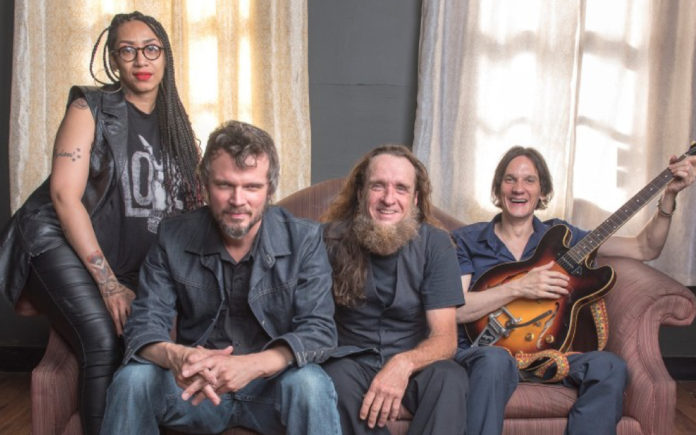 Since 1996, the North Mississippi All-Stars have released ten studio albums with three nominated for a Grammy Award in the Blues Album of the Year category.  Luther Dickinson has garnered another four Grammy Award nominations in various categories and had a Gibson guitar named after him – the Luther Dickinson ES-335.

NMA will be performing on October 9th at the Grammy Museum before coming to the desert to headline the 14th Annual Fall Joshua Tree Music Festival and take the stage Saturday night, October 12th at 10pm.  On the eve of the October 4th release of their new studio album, Up and Rolling, CV Weekly had the distinct honor of interviewing Luther Dickinson, co-founder of the band.

Luther Dickinson is a rare and unique voice in the world of music.  Steeped in the history and tradition borne of generations of musicians, the foundations for Up and Rolling were laid months before the band’s formation in 1996.

In 2017, a Texas photographer named Wyatt McFadden found a roll of undeveloped film.  On it, he found pictures of the Dickinson family along with R.L. Burnside, Otha Turner, Junior Kimbrough and their respective families shot back in 1996.

Liner notes to Up and Rolling and a soon-to-be-released book of photographs detail what turned into an unexpected generational exploration.  The new album is meant to capture the feeling of a 2019 reunion of those in McFadden’s pictures.

To understand what this actually means, Dickinson guides us through the scene some twenty-three years ago – only one month before the start of the North Mississippi All-Stars by Luther and his brother Cody.

“Otha Turner was our first stop.  OT, in his late 80s was the last living fife player in Mississippi.  We sat on his fabled front porch (for an) afternoon of wisdom and corn liquor…tall tales and lies, lessons learned and squandered.” Otha’s granddaughter, Sharde Turner, performs with NMA on the closing track of the new album in Otha’s “Bye Bye Baby.”

From here, the Dickinson brothers crossed county lines to visit Junior’s Place, a nightclub owned by Junior Kimbrough.  Kimbrough is best known for his Hills County Blues style that is a staple to the North Mississippi area.

Once at Junior’s, R.L. Burnside stopped by with his grandson Cedric Burnside who performs two songs on the latest release.

One month later, the North Mississippi All-Stars debuted in Memphis at “an old punk club we frequented” named Antenna with Otha Turner and R.L. Burnside in attendance.  “We played an electric set and a jug band set with Cody on washboard and Snowflake Taylor on washtub bass.”

Some four years later in 2000, the world changed for Luther and Cody with the success of Shake Hands with Shorty. As they left to tour the world and build their careers, Otha Turner, Junior Kimbrough, their father and many others passed away.  Junior’s nightclub burned to the ground while their father’s recording studio shuttered with his passing.

“In 2017, Wyatt tracked us down in Texas and shared his (1996) photographs with us.”  This served as the inspiration for Up and Rolling.”  Luther and Cody proceeded to get their father’s Zebra Ranch Recording Studio back Up and Rolling to record the new album. 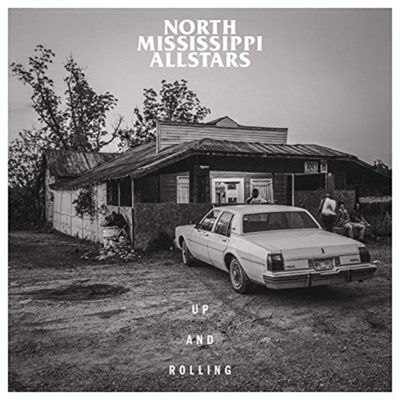 Luther hopes that Up and Rolling serves to increase global exposure to what he refers to as the Modern Mississippi Sound – a sound that recaptures the roots and spirit of their fathers and their forefathers.

The third track on the new album is the Staples Singers classic, “What You Gonna Do?”  “That 1965 record changed my life,” states Dickinson.  When asked how he came to know and work with Mavis Staples, Luther says matter-of-factly, “We grew up knowing Pops, Mavis, all of them.  They are family friends.”

Mean Old World features Jason Isbell and Duane Betts. “Our father recorded it with Duane Allman and Eric Clapton.”  Jason Isbell recorded an acoustic version of the song with Dickinson while Luther recorded an electric version.  Like every track on the new album, Dickinson hopes that the song is “an epic statement” about the state of modern roots rock guitar.

By the way, if you sit down during a NMA concert, the guys might take offense to it.  Back in their early days playing at Junior’s Place, your success was judged by how active the dance floor was.

If you get a chance, come to the Joshua Tree Music Festival to hear these exceptionally talented musicians perform songs from what is certain to be their fourth Grammy nominated album.  North Mississippi All-Stars go on stage at 10pm on Saturday, October 12th.

LUTHER DICKINSON AND THE SISTERS OF THE STRAWBERRY MOON

Earlier this year, Dickenson produced Solstice with a mostly female band named the Sisters of the Strawberry Moon.  Recorded at Zebra Ranch Recording Studios, the album was meant to provide exposure to some of Dickinson’s favorite female performers.  “I grew up in a boys club filled with testosterone,” remembers Dickinson.  “Now that I’m married with two daughters (aged 9 and 5), I want to create more ‘balance.’” The inspiration for this project came when Luther noticed that his daughters “responded differently to female vocalists.”  That observation sparked Dickinson’s effort to produce a parallel project to NMA with some long-time collaborators like Sharde Thomas (granddaughter of Otha Turner), Amy LaVere, Amy Helm (daughter of Levon Helm), The Coco Mamas (a gospel trio) and Birds of Chicago (husband and wife duo).  Recorded at Zebra Ranch Studios, Dickinson hopes that this is the first of many more albums with the Sisters.