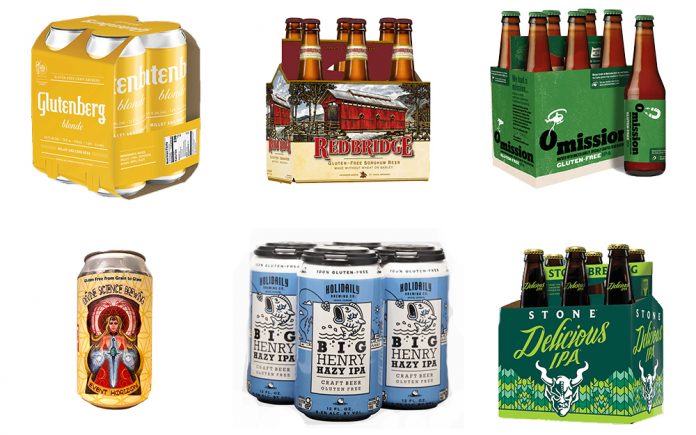 I get mail. It’s mostly local, but sometimes it arrives from faraway places like Montana.

“Hello my friend. I need your expertise. Unfortunately, I caught a weak case of Covid mid-summer. It was no big deal at first. Fast forward to November and I had lost forty pounds. It lasted months.

The good side is they were finally able to identify why. Covid triggered multiple auto-immune diseases that I now carry forever. Still no big deal except for one. I was diagnosed with celiac disease on top of everything else.

As I listened the DR explain what it was and said no more gluten forever a thought shot through me like a thunderbolt. My exact shocked response was what?  No more Beer?  She followed up with a quick no. I was devastated.

Someone told the wife that some breweries have been experimenting with gluten-free. My question to you is do you know of any worth trying. I’m willing to pay to ship from anywhere if I can have a good cold beer again. Any help is appreciated. I live in a small Montana valley with several fantastic breweries, so this situation sucks…

I love your Kegwhisperer posts on Facebook and Instagram. I’m so happy for you that you’ve found your place!  Look forward to any suggestions.” ~ Craig

Well, Craig is a very dear friend and the Gluten-Free Beer landscape has evolved significantly since I last took a good hard look at it. This was going to involve some research and since I would already be doing the work, why not report back to my readers as well? Also, I’m not going to lie; this might possibly earn me a short stay at their wonderful Montana ranch sometime in the future.

According to the Celiac Disease Foundation, gluten-free living appeals to about 30 percent of American adults — but seems to still be widely misunderstood. About 1 in 100 people — about 1 percent — have celiac disease, an inherited autoimmune disease that causes damage to the small intestine when gluten is ingested.

A larger group of people is estimated to have what’s called “non-celiac gluten sensitivity,” which may also produce similar symptoms but is not very well understood by experts. According to the National Foundation for Celiac Awareness, as many as 18 million Americans may have some non-celiac sensitivity to gluten while others avoid gluten simply on principal.

Beer is typically brewed with barley as the base grain and make no mistake about it, it definitely contains gluten as do adjunct grains like wheat, oats, and rye. Brewers saw the need for gluten-free offerings and in December of 2006, Anheuser-Busch launched Redbridge, the first nationally distributed and still the most widely available gluten-free offering. Over fifteen years later, technology and brewing science have advanced the cause with a multitude of offerings in this specialty category.

You will find two separate classifications for these beers today and it’s important to know the difference. Gluten-Free (GF) refers to beers produced using sorghum, millet, rice, and/or corn. These beers are considered gluten-free and should be completely safe for celiac sufferers. Gluten-Reduced (GR) beers are brewed with traditional beer ingredients like barley with the brewer adding enzymes in the fermentation process to break down gluten into smaller fragments, therefore reducing the immune response in the person consuming it. Those like Craig are urged to proceed with caution when experimenting with GR beers, but many consumers find that the superior taste may make the research worthwhile.

In the Gluten-Free corner, pardon the pun when I say Redbridge is still the king, but there are a lot of players now. I rolled over to Total Wine & More in Palm Desert to grab a few and here are my quick reviews rated on a scale of 1-5 with five being best:

Redbridge (GF): Little to no aroma. Freshness is key as the first bottle opened had a finish reminiscent of moldy sweat socks left in the sun. A fresh bottle wasn’t exactly a palate-pleaser, but the off flavors were eliminated. ②

Glutenberg (GF): Glutenberg bills themselves as a gluten-free craft brewery from Montreal, Canada. Blonde; Light body, hints of apple, lemon, and citrus ②. IPA; Lotsa bitterness, but an odd, cardboard finish ②. Session IPA; Not going to lie, Session IPA’s are not my usually my jam, but with throwback piney hops and a dry finish, this is the star of the Glutenberg lineup ⑤. Pale Ale; This style gives me hope…until the thin, disappointing mouthfeel and empty finish leave me longing for more ②.

Omission (GR): I’m old enough to remember when Kurt and Rob Widmer were known for making some of the best German-style beers in the Pacific Northwest. Now it seems their Omission lineup is all I can find in these parts. Consumers can check the actual gluten content (always < 10ppm) by typing in the batch number on their website. Lager; Traditional American Lager flavor with no detectable off-flavors ③. Pale Ale; Well balanced with a slightly bitter bite and a decent malt backbone ④. IPA; Cascade hops shine through in this Pac NW IPA. Clean and crushable ④.

Delicious IPA (GR): Stone Brewing sends this our way and it certainly lives up to its name! Clocking in at 7.7% ABV and pushing 75 IBU’s, this beer will challenge your thinking in terms of gluten-reduced beers! ⑤

There you have it Craig. The use of traditional ingredients certainly has a huge impact on flavor. Two important things to remember if you start to play with gluten-reduced offerings; One, I’m not a doctor and am in no way fit to give medical advice. Two, start slow and perform your own taste tests to determine your own palate preferences.

Wishing everyone success in their own personal journey!

(When Ed Heethuis isn’t brewing at Spotlight 29 Casino for 29 Brews, you will find the Certified Cicerone / Brewmaster chasing dogs out on his road bike, looking for new beery locations in the Coachella Valley, or talking beer with the patrons at Taproom 29. He may be reached at: heethuis.ed@gmail.com or wherever beer may be found in the wild.)