In lieu of highlighting a new and noteworthy theatrical release, I thought it appropriate to take another look at Terrence Malik’s ambitious existential masterpiece, newly available in a stunning expanded (there’s an additional 50 minutes) 4K digital transfer. 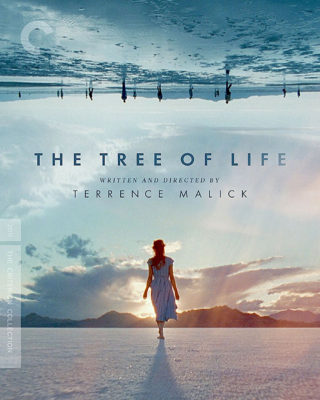 About nothing less than the meaning of life,  the story focuses on a troubled father who takes out his anger on his kids.

Jack (Hunter McCracken) is one of three brothers growing up as part of the O’Brien family in a small rural Texas town in the 1950s.  Jack’s contentious relationship with his bitter father (Brad Pitt), is balanced with that of his beautiful, understanding mother (Jessica Chastain).  The adult Jack (Sean Penn) struggles to make sense of his childhood, while also grappling with bigger existential issues.

If you missed it on the big theatrical screen or at home in its original video release, by all means consider again this extraordinarily ambitious yet surprisingly intimate film that covers eons of time, the vast cosmic expanse and the fragile human experience of being alive and self-aware. 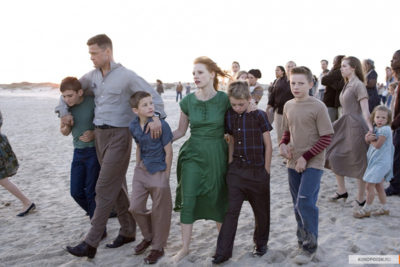 Deeply philosophical and spiritual, Malick’s singular approach to filmmaking and storytelling is on full display here in a timeless tapestry that suggests the mystery, wonder and awe of existence itself.

It’s hard to think of any other film that is as beautiful and profound.  Clearly, this  meditative tone poem of lush visuals and sounds is a rare instance of cinema as art.

Watchable extras include: Exploring “The Tree of Life,” a 2011 documentary featuring collaborators and admirers of Malik, including filmmakers David Fincher and Christopher Nolan.  Also, new interviews with actor Jessica Chastain and visual 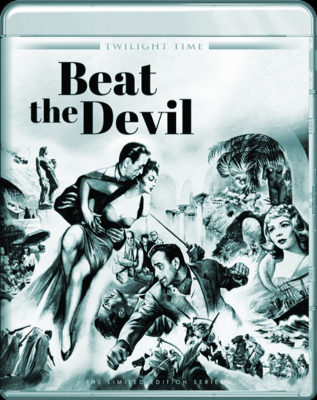 John Huston’s 65 year-old cult film favorite, available for the first time on home video in a pristine hi-def Blu-ray restoration, this be seen in the original form (with recovered footage and improved audio) its creators intended.

This decidedly unusual mix of adventure, comedy and crime elements focuses on Billy (Humphrey Bogart) and Maria Dannreuther (Gina Lollobrigida) who are among a number of travelers stranded in Italy en route to Africa.  While the Dannreuthers seem like an average couple, they have the same goal as Mrs. Gwendolen Chelm (Jennifer Jones) and some of their other shifty companions — to lay claim to property that is supposedly rich with uranium.

The wildly eccentric collaboration between director Huston, writer Truman Capote and an astonishing cast of stars and character actors offers a sly send-up of caper movies.  In this one, everything goes amusingly wrong for its gallery of liars, thieves and fantasists.  Robert Morley and Peter Lorre co-star.  The lush sun-soaked black and white cinematography of the Italian landscape by the great Oswald Morris (“Moby Dick”) is beyond compare. 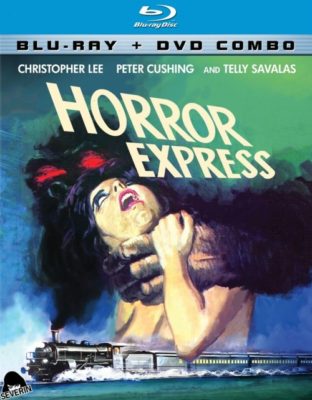 Horror royalty and Hammer alumni Peter Cushing and Christopher Lee reunite for this tale of mad monks, primitive humanoids and bloodthirsty zombies set aboard a train bound for Moscow.

Renowned British anthropologist Alexander Saxton (Christopher Lee), researching in the Russian Far East, boards the Trans-Siberian Express with a crate containing his latest discovery,  the frozen remains of a primitive humanoid he hopes to prove is the missing link of human evolution.  But all hell breaks loose when the creature thaws, turning out to be not quite as dead as assumed!

En route to Europe, passengers begin turning up dead, and terror engulfs the train as Saxton and his partner, Dr. Wells (Peter Cushing), struggle to contain a mysterious, and increasingly murderous, force with the power to control minds.

Spanish filmmaker Eugenio Martin’s movie (her in a new 2K restoration from original film elements) remains one for the most thrilling and, literally chilling, horror films of the early 1970s.

Extras include: a new commentary with Stephen Jones and Kim Newman, an interview with director Eugenio Martin, also “Notes from the Blacklist” – Horror Express producer Bernard Gordon on working in Hollywood during the McCarthy Era.  Arrow Films.  Blu-ray